writes a Marine in a post (Shookhran to Rhomp) that lends little credence to either the Iraqi population or members of the military (the people most concerned by Bush's decision to invade Saddam's Iraq, after all) feeling any kind of sympathy for Western Bush-bashing peace activists and war protesters (the type of which you find in the MSM). 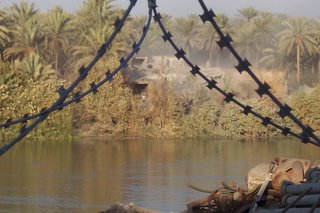 Yes I said locals because the vast majority of civilians know we are here to help and they know the MUJ that come from different cities or even countries are here to disrupt their lives. Of course you would not know this as the MSM refuses to leave the Green Zone to report on more then just deaths.