Completely unsure about everything? Flummoxed? Afraid of any answers you might get? Sound thoughtful: just keep asking questions! The more vast and broad the more smug you can be.

Elsewhere: the “true European Spirit” correctly and proudly defined as greedy socially parasitic rioters. Go on... eat the rich, they won’t be coming back, and the poor aren’t hiring. A confusedcultural obfuscator who has tried to redefine human rights to mean the European regard of itself as “cosmopolitan” notes on the Guardian’s Comment Macht Frei that:

In London and Athens, protesters are rekindling the true European spirit

The idea of Europe must go back to a democracy that resists fake economic orthodoxy and false monoculturalism.

So long as you ignore the fact that money does not grow in trees, and that most of Europe’s “true historical nature” when it comes to rioting normally involves one class, nation, and religious monoculture trying to eradicate another one.

Here’s a sample sure to rally those huddled masses yearning to be free:

The most persistent and pronounced feature of Douzinas ’ analysis relates to his effort to underscore the structural ambivalence of human rights. Vibrant sources of critical dynamism and reified crystallizations of socio-historically conditioned forces, rights are, he argues, suppressive and subversive at one and the same time, just as capable of functioning as instruments of imperialism as they are amenable to operating as agents of resistance. This is by no means surprising, for, as Douzinas notes, natural and human rights have long been understood to be comprised of two, closely related but conceptually distinguishable, dimensions. On the one hand, they have been regarded as means of opposing
oppression, be this at the hands of the state and its constituent apparatuses or the diffuse, multivectored networks of transnational governance revered by some as the harbingers of a properly ‘ post-national ’ future. On the other hand, they have been viewed as devices that serve the interests of dominant classes, entrenching and naturalizing those politico-economic structures which are most likely to consolidate their privilege and cultivate their prosperity.

Okay. Once more now. With Feeling...

Getting towards the end, it gets even worse. The “humanitarian” caste is assumed to dictatorial powers, and the purpose of all relief work is to subvert a roundabout description of “the American Empire”. It’s tripe and hate speech given an academic platform to legitimate itself, but that isn’t that much different than everything else in their overheated cultural wasteland where an “eat the rich” fantasy can take the place of thought, and still be taken seriously.
Posted by Joe at 19:04 No comments:

Hermann, observed in his native habitat:

Germans sort of shocked that Egyptians would actually use the weapons they sell them.

They’re dying to get out, and functionaries are all too willing to help.

For some, lurking behind this trend is a desire "to ease the finances of the health system."

That this quest for “death with dignity” seems to be the only decent option someone has because all of the others are so poor or are denied to people.

In the Netherlands, the instrumentalisation of death can now be symbolised by a single digit: 4. This is the average number of minutes required by physicians to make the decision to hasten death, while nearly a quarter of the killings were performed without the consent of the patient. The Guardian, which has looked into the 114 cases of British parties who went to Switzerland to commit suicide, found clear evidence that many of them had a chance to cure their illnesses and live in dignity.

When the Vatican talks about “a culture of life” it isn’t limited to some procedure or another, it speaks to a view of living a good and full life itself: whether you can bungie-jump or have gymnastic sex or not. The next time you hear someone say “live a little”, imagine that this also means having an inner life of the soul too.

When the state is involved, expect there to be a greater emphasis on what will seem like “financial Eugenics” as the average age of the population rises, and fewer older people have children to defend their interests.
Posted by Joe at 10:04 No comments:

There Goes Another Failed Five-Year Plan

Remember kids: nothing in reality ever happens without a targeted government objective and planning.

Europe risks missing the train of scientific progress. The EU is advancing too slowly in the sciences to narrow the gap with leaders U.S. and Japan, while China rapidly makes up for its ancestral backwardness. The targets of the failed Lisbon process have been postponed for no less than a decade, from 2010 to 2020. Naturally, concern is growing that budget cuts will only put brakes on a research sector still heavily dependent on state investment.

So let’s try and understand the natural conclusion a reader of the paragraph above would come to. Is it that one should stamp your feet like a 6 year old and demand government funding and direction? Or would it be to find a way despite the government, to do research in the natural way in civil society, the way those who are succeeding at it are doing?

I guess the “future looking,” Cosmopolitan, wise thing to do is as the reflex of the average European would do. To wait for the handout instead of crowding out industry’s opportunity to do the innovating.
Posted by Joe at 11:23 No comments:

Just Another Eye Candy Coffee-table Book to the French

Buffoon, paranoid anti-semite, attention whore and all-around fuckwit Alain Soral has a new book out. It’s called “Understanding the Empire”. I’ll summarize it for you: Jew-baiting, Zionist Occupation Government, 9-11 was a (Jewish cabal led) inside job, and his horrible victimization by Jews because of that Holocaust thing, and whatever other delusions of personal intelligence that get him through the night. In other words, a no-brainer as far as sales in France go: because the world, and particular, Jews, are out to get them, you see. Why they matter enough for anybody to waste their time doing that is beyond me. 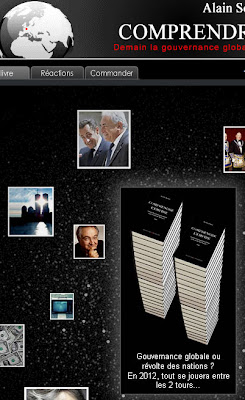 When you hover over a photo of the yet to be attacked World Trade Center, the dynamic caption shows two stacks of his book, meant to be as forboding as the book of revelation. It reads: Global governance or a revolt of nations? In 2012, it will all play out between the two towers”
Posted by Joe at 14:36 No comments:

Everything you need to Know About the French Exception 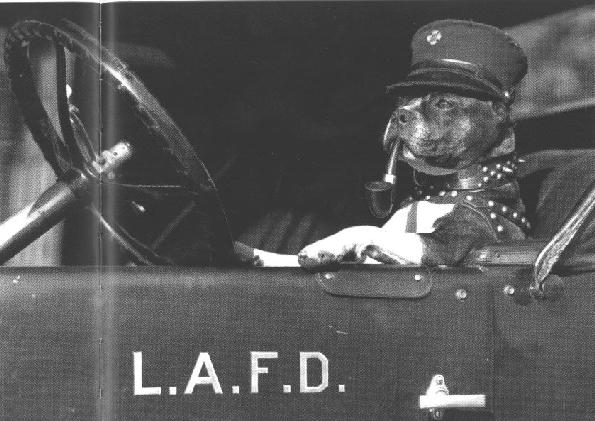 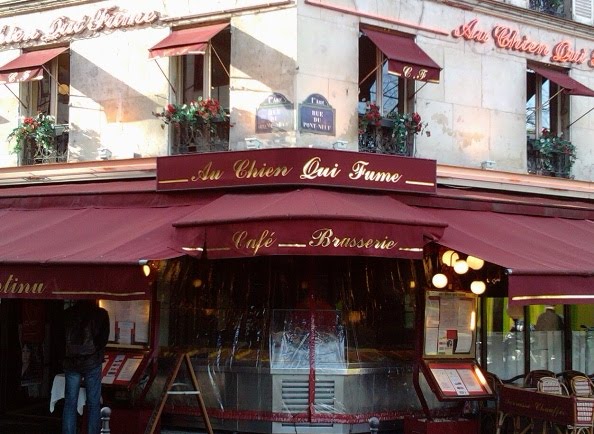 Who Died and Made You Don Cheadle Anyway?

A joint seminar on the theme of "Immortal Exploits of Comrade Kim Jong Il, Illustrious Commander of Songun" took place in Mexico on January 28 on the occasion of his birthday.

I know that you wanted to know that. Because it sounded so familiar. From 29-May-2009, we all waited with bated breath for the headline:

and former President Jacques Chirac appears to be the prime reason.

…As president from 1995 to 2007, Mr. Chirac directed many expensive public works projects to the area, including roadways, an airport and a strange sort of museum devoted to displaying nearly all the varied gifts he received as president.

Built on farmland 19 miles from the departmental capital of Tulle, the museum was opened in December 2000 and then expanded in 2006. It cost a total of 16.7 million euros, or about $23 million, shared by various levels of government, but with the largest part borne by Corrèze.

It is beautifully designed and holds a fascinating collection of lavish kitsch given to Mr. Chirac from the world’s variety of democracies and despots.

The financial problems of Corrèze reflect a larger national difficulty with budget deficits. As France struggles to cut its deficit, which is putting a strain on its bond ratings, the perilous finances of its departments is getting more attention.

… through various “decentralizations,” the national government has been dumping responsibility downward onto the departments, including the costs for most roads and maintenance, school construction and caring for the elderly, the handicapped and the long-term unemployed. … About a third of France’s departments are deeply in debt.

… “The museum is only a small part of the problem,” [said François Hollande, the president of the Conseil Général and a member of the National Assembly from Corrèze], but it is a good symbol of it.

Plantu is a Racist 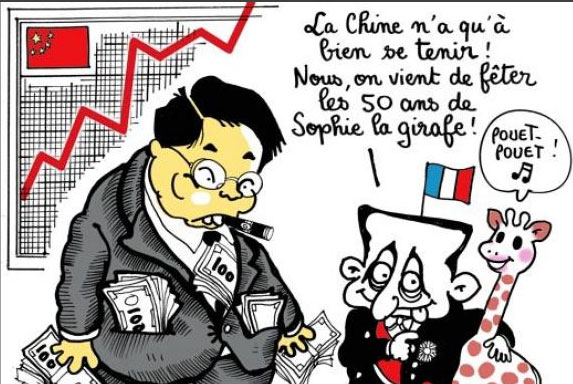 How to Balance the Budget

Oops. That doesn't dent the deficit. We have to do much more.

So eliminate the U.S. Education Department. We'd save $94 billion. Federal involvement doesn't improve education. It gets in the way.

Agriculture subsidies cost us $30 billion a year. Let's get rid of them. They distort the economy. We should also eliminate Housing and Urban Development. That's $53 billion more.

Who needs the Energy Department and its $20 billion sinkhole? The free market should determine energy investments.

And let's end the war on drugs. In effect, it's a $47 billion subsidy for thugs in the black market.

He Sure is that "Man of the World" they Concocted his Image to be, isn't he?

My God, the man can't even do myopic and expedient Realpolitik right, much less grasp the notion of affirming a Freedom Agenda! 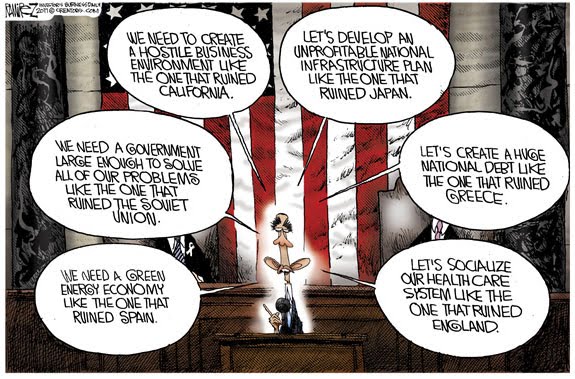 Actually, he is very much a man of the feeble, miserably failied notions of the world... If you can't understand the reasons for American "exceptionalism" and isolationist tendencies, it has little to do with Americans as much as it is the general ineptitude of "our international betters".
Posted by Joe at 10:42 No comments: