What with the marriage split between "Hollywood legend Michael Douglas and Swansea-bred actress Catherine Zeta-Jones" — not to mention the split between Britain and the United States in Barack Obama's new "Smart Diplomacy" America — The Telegraph presents some other familiar Trans-Atlantic love splits.

The Other McCain and four other bloggers (hat tip to Instapundit) are being sued by "Convicted felon Brett Kimberlin".

Read the whole thing and keep 'em in your spirits.

I Never Knew How Cool Wars Could Be Until Someone Like Obama Started Them! 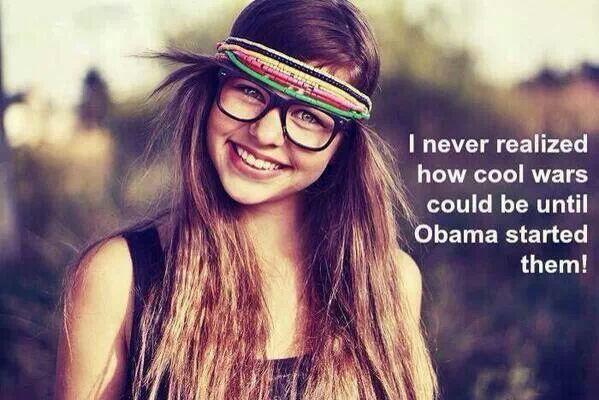 says Twitchy (thanks to Instapundit).
Posted by Erik at 23:36

For decades, Europeans have agonized over the power and role of Germany — the so-called German question — given its importance to European stability and prosperity

Today, however, Europe is talking about “the French question”: can the Socialist government of President François Hollande pull France out of its slow decline and prevent it from slipping permanently into Europe’s second tier?

At stake is whether a social democratic system that for decades prided itself on being the model for providing a stable and high standard of living for its citizens can survive the combination of globalization, an aging population and the acute fiscal shocks of recent years.

Those close to Mr. Hollande say that he is largely aware of what must be done to cut government spending and reduce regulations weighing down the economy, and is carefully gauging the political winds. But what appears to be missing is the will; France’s friends, Germany in particular, fear that Mr. Hollande may simply lack the political courage to confront his allies and make the necessary decisions.

Changing any country is difficult. But the challenge in France seems especially hard, in part because of the nation’s amour-propre and self-image as a European leader and global power, and in part because French life is so comfortable for many and the day of reckoning still seems far enough away, especially to the country’s small but powerful unions.


The turning of the business cycle could actually be a further impediment in that sense, because as the European economy slowly mends, the French temptation will be to hope that modest economic growth will again mask, like a tranquilizer, the underlying problems.

The French are justifiably proud of their social model. Health care and pensions are good, many French retire at 60 or younger, five or six weeks of vacation every summer is the norm, and workers with full-time jobs have a 35-hour week and significant protections against layoffs and firings.

But in a more competitive world economy, the question is not whether the French social model is a good one, but whether the French can continue to afford it. Based on current trends, the answer is clearly no, not without significant structural changes — in pensions, in taxes, in social benefits, in work rules and in expectations.

…  Sometimes, talking to French politicians and workers, one has the feeling that they all consider themselves communards and revolutionaries, fighters on the left — but at the same time, like the far right, they wish to lock into place the comfort of the known.

In May 1968, students at the University of Paris in Nanterre began what they thought was a revolution. French students in neckties and bobby socks threw cobblestones at the police and demanded that the sclerotic postwar system must change.

Today, at Nanterre, students worried about finding jobs and losing state benefits are demanding that nothing change at all. For Raphaël Glucksmann, who led his own first strike in high school in 1995, members of his generation have nostalgia for their rebellious fathers but no stomach for a fight in hard economic times.

“The young people march now to reject all reforms,” he said. “We see no alternatives. We’re a generation without bearings.”

The Socialists have become a conservative party, desperately trying to preserve the victories of the last century. Many in the party, like the anti-globalization campaigner Arnaud Montebourg, now the minister in charge of industrial renewal — let alone those further to the left — seem to believe that France would be fine if only the rest of the world would just disappear, or at least work a little less hard.

This must be more of the smart diplomacy that Instapundit is always talking about (his tongue firmly in cheek): While interviewed by Le Monde's Nathalie Guibert (merci à Damian Bennett), General Vincent Desportes complained that

The French general was mentioned on No Pasarán three years ago when, like his American counterpart Stanley McChrystal, the "professeur de stratégie à Sciences Po et ancien directeur de l'Ecole de guerre" was summoned by the authorities (in his case the French authorities, natch), because he had had the gall to criticize Obama's strategy in Afghanistan.


Nathalie Guibert: What with the French and American armies being ready to hit the Syrian chemical sites in the present days, were you surprised by the decision of the U.S. President to suspend the operation?

Vincent Desportes: I was very surprised. The volte-face of President Obama shows a complete disrespect of the United States for France. The day before, President Hollande expressed in Le Monde with great seriousness, he explains why France was assuming its responsibilities. The following day, his great ally puts him in an impasse.

Related:  Oh, America We Have Nothing Against; T'Is Only Bush Whom We Oppose