Notre Dame on Fire: One of the Best Films of the Past 10 Years Is French 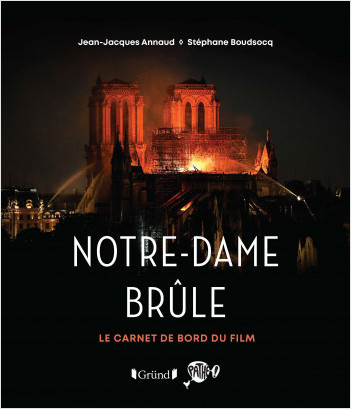 One of the best films of the past ten years came out in March, and it is French.

Needless to say, I was expecting to be half bored during the reenactment of the 2019 fire in Paris's central cathedral, most of which (I thought that) I knew already.

Instead, Jean-Jacques Annaud's film (which is not a documentary but a minute-to-minute reconstruction of the fateful hours that day) is gripping from beginning to end. And I do mean that, from the first seconds to the very last…

Not only does it not poke fun at the priests and deacons of the cathedral, it is not anti-religious (contrary to some of the director's previous efforts).

Au contraire: a great part of the film concerns the fight to save the various religious artifacts. That is almost the best part, as it is so unlike other cinema fare…

It is also an action film, needless to say — it turns out that at one point, most of the firefighters were pessimistic and dejected and agreed that there was no choice but to give up on saving the building, whose walls they expected to completely collapse.

That's when a lone hero speaks up, points out some facts about the church, and asks for volunteers.

Lots of (black?) humor: such as the deacon with the key to the artifacts trying to rush to the Île de la Cité from a (very) badly-timed trip to Versailles. Or the numerous firefighters unable to get through the traffic jams of the French capital and sitting, idle and powerless, in their immobile vehicles.

There is a smattering of romance: At the end, after the flames are out, a couple of rookies for whom this was their first blaze are conversing — for some reason, the young girl tells the young guy (both of whom almost died in the flames) that she doesn't think their next fire will come anywhere close to being as exciting…

Extra benefit: Donald Trump appears for a few seconds, while in the White House writing his famous tweet on using "flying water tankers" (Canadair planes) to put out the blaze, and like the rest of the movie, it is reported matter-of-factly, without any judgment.

For much of the movie, my cheeks were wet with tears.

At the end of the film, I and the (pro-American) Frenchwoman who had invited me started clapping, américain-wise, something that is totally outside the experience of European moviegoers (whatever part of the continent they're from). Well, after a few seconds, just about the entire audience joined in the applause.