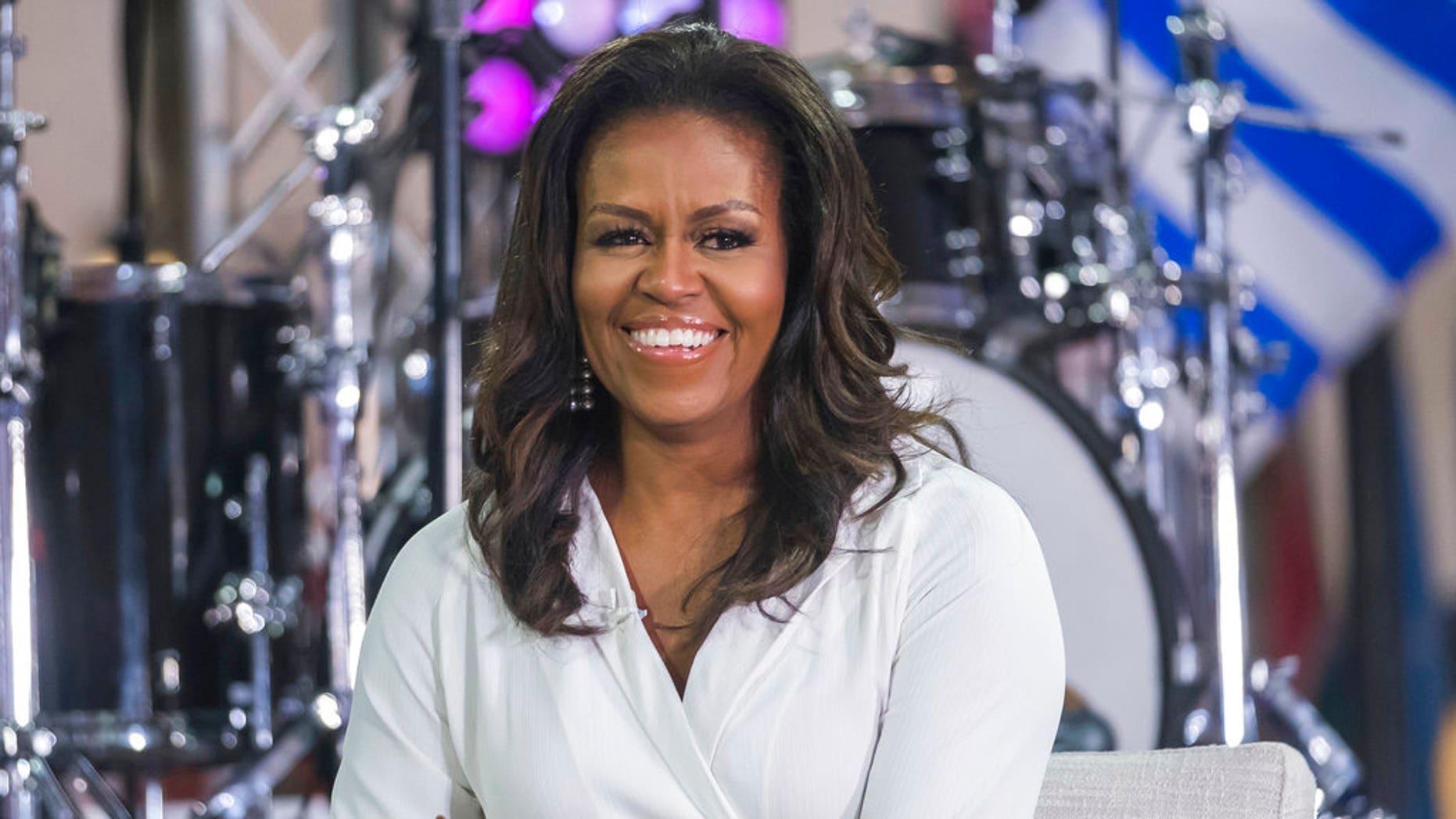 As Michelle Obama vows that she can never forgive President Donald Trump for spreading rumors that her husband was not born in America (deriding in her memoir, Becoming, the so-called "birther" conspiracy as thinly-veiled racism), there is one certain bet about the Barack Obama birth certificate issue over the past ten years (and counting).

It is that you do not know — and that Barack and Michelle (deliberately?) ignore — the four key issues involved, and/or that you do not realize the extent of their importance.

First, a(n unfortunately) necessary disclaimer: Out of over 13,333 posts in the past 14 years, less than 10 on this blog have been about the so-called "Birther" issue (and in a couple of those, it was never even the main subject). That amounts to more than 99.925% of No Pasarán posts that do not treat Obama's birth Certificate in any way. Just so you know that you can hardly accuse (or dismiss) No Pasarán or any one of its webmasters of being associated with alleged nutjobs (at least not with regards to that issue).

Having put that out of the way, let's get started:

1) The "Birther" issue did not rise among Republicans, conservatives, and/or the unruly rubes of flyover country

(aka the bitter clingers to guns and religion; or, if you prefer, aka the basket of deplorable and irredeemable racists, sexists, homophobes, xenophobes, and Islamophobes). It started with the campaign of Hillary Clinton in 2008, involving — you know the tune — the compassionate, intelligent, humanistic, forward-looking fellow members of Obama's (and the Clintons') Democrat Party.


2) Far from being totally racist, twisted, dangerous, and/or simply abnormal, the ideas brought up by the alleged "Birther" issue (whether leveled by a Democrat or a Republican) turn out to be pretty conventional and run-of-the-mill.
And, that, on a ho-hum issue of secondary importance (aka a distraction).

May we be allowed to examine this issue — what MSM outlets like The Economist want us to dismiss instantly and categorically as "the absurd “birther” controversy" — fairly, coolly, and dispassionately?

As I wrote a few years ago, in a lengthy, an in-depth, and a dispassionate examination of the facts, of the nutjobs, and of Obama's youth:


… Recall that Jesse Jackson tried running for president twice (in 1984 and 1988), and although he did not manage to become the Democratic Party's candidate, noone suggested that he was born abroad, 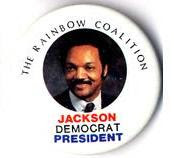 and that for the simple reason that the Greenville, SC, native did not have a foreigner for a father (or for a mother) nor did he spend numerous years abroad. [Nor did Herman Cain or Ben Carson have to deal with such charges in their respective elections about a quarter century later, be it by Democrats or by the supporters of their GOP competitors.]

… to believe that an American citizen (whatever the color of his skin) born to a foreign father who lived much of his childhood abroad may indeed have been born in a foreign country turns out not to be that far-fetched at all.

Indeed, the difference between the Truthers and the Birthers is that in the first case, we are being asked to believe that 1) hundreds, if not thousands, of government officials were approached with a view to conspire to kill thousands of their fellow citizens, all (or most) of them innocent civilians, that 2) hundreds, if not thousands, of government officials agreed (apparently without a moment of hesitation) to conspire to murder thousands of innocent civilians, and that 3) none of these hundreds (thousands) of government officials has ever had a single, even fleeting feeling of remorse, or let the cat out of the bag, say while having too much to drink (no remorse?) during a Saturday outing to a local bar.

In the second case, we do not even have a conspiracy, but basically one single man hypothetically telling a falsehood — although it might even be termed a lie of omission — a lie about what offhand is a personal matter, but has turned into the only thing (allegedly) keeping him from power (Update: The New York Times' Double Standard on Conspiracy Theories).

Most damning of all, when you pause to think of it, the castigators' proof — if it can be called that — all lies in one fact (beyond the recently released certificate of live birth): and that fact is that Obama is a man, a person, a saint whose word should never be doubted, who is capable of no lying, no evil, no chicanery. If he tells you that, say, he is a Christian, then how dare you deny he is a religious man?! How dare you imply that he is a Muslim?! How dare you state he is a socialist?!

The person who ridicules the "Birther" theory as inane has no more proof than the born-in-Hawaii skeptic of where Obama was actually born [or didn't have any more proof until over two years into Obama's presidency]: his only argument — beyond the contention that the certificate of live birth and the newspaper clipping are incontrovertible proof that are not, can not be, fakes, bureaucratic mistakes, or misinterpretations — is the indisputable "truth" that Obama is someone whose honesty should not — should never — be questioned. (Whether in regards to his private life or to his political plans for America's future.)
[Update: As it happens, we would learn in 2012 (over four years after Obama was first a candidate and over three years after he entered the White House) that a "New Book Raises Questions About Obama's Memoir" (The New York Times' Michael Shear) and that, indeed, it turns out that Obama's memories were a "fantasy (like most of the President's own memoir)" (The Daily Mail). Adds Toby Harnden: "'Barack Obama: The Story' by David Maraniss catalogues dozens of instances in which Obama deviated significantly from the truth in his book 'Dreams from My Father: A Story of Race and Inheritance'. The 641-page book punctures the carefully-crafted narrative of Obama’s life."]

[Moreover, as Lloyd Billingsley writes, there does seem to be quite a number of snags, significant or not (the reader will have to decide that for himself), in the former Barry Soetoro's past:

Clinton factotum George Stephanopoulos, one year ahead [at Columbia University in the early 1980s], and Matthew Cooper of Newsweek, a year behind, had no memory of the future president there. On that score, the pair had plenty of company.

Wayne Allyn Root, the Libertarian Party candidate for vice-president in 2008, was in Obama’s 1983 Columbia political science and pre-law class, the identical course of study, and graduated on the same day. As Root told Matt Welch of Reason,  he “never met him in my life, don’t know anyone who ever met him.”

In similar style, class of ’83 Columbia grads included a group of  25 lawyers, a doctor, several engineers and other professionals living in Israel. “Not one of us remembers Barack Obama . . . from our undergrad years, nor do we know anyone else who does,” explained Judy Maltz.]

When you think about it, it might be less worrying that some do not believe Obama was born in the United States (because of the circumstances linked to his entire childhood, much of it abroad) than that some are utterly convinced he must be born in the United States (because the Chicago pol is allegedly a sainted figure who can do, who can say no evil, who is incapable of or of lying or of falsifying documents). Again, remember the desires of some of his followers who want(ed) the constitution to be changed, only so Obama could win one election after another and end up, in one way or another and in the best of all possible outcomes, as (de facto if not de jure) president-for-life? Let me ask everybody a simple question: Who is the truly terrifying fanatic, here?

Moreover, in the past two or three election cycles, there have been (entirely valid) questions about the place of birth of… (get this) white male Republican candidates!

There have been rumors that Obama may have attended college as a "foreign student" and that his book editor listed him as born in Kenya. Even if they are piddling issues, occasionally proven false, the point has nothing to with Obama per se. (As Breitbart states, "It is evidence — not of the President’s foreign origin, but that Barack Obama’s public persona has perhaps been presented differently at different times.") The point is that the mainstream media never bothered to devote even a minute to investigate the issue (or the strategy behind the different public personas); only new online media (Breitbart and Snopes) did so. 3) Here comes the kicker: the so-called "Birther" charge (whether brought by a Democrat or a Republican) was never a charge leveled primarily at a man called Barack Obama or, for that matter, against a member of a minority or a person of a particular race.

It was a charge against the media.

Indeed, as in 2) above, the "birther" charge was, and is, an entirely justifiable charge against the mainstream media. It was never about birth certificates per se. It was about the double standards that the MSM demonstrate again and again, first, between a Republican and a Democrat, and, second, between the other members of the Donkey Party and the media's preferred (i.e., its "dream") candidate.

(See Instapundit for a myriad of examples of why Glenn Reynolds refers to reporters and journalists as Democrats with bylines; or, as I call them, the fellow travelers in the (self-serving) drama queen view of America and the world.)

Recall Hillary Clinton referring to the SNL sketch journalists asking "Barack" if he is comfortable and needs another pillow. Here was a candidate (whatever the color of his skin) with, again, a foreign father and with long years of his childhood spent abroad (oh, and by the way, running a campaign extolling transparency): why not have a reporter or two (briefly) ask this person to (quickly) prove his credentials for the Oval Office (once and for all) — y'know, in the process of challenging politicians on their merits)?

4) The fact that the "Birther" issue was an (entirely justifiable) attack (by a Democrat or a Republican) on the mainstream media offering undeniable proof of its double standards is the very reason that it was—deliberately—turned into a scandal of humongous proportions depicting unspeakable hatred spewed by vicious packs of deranged, loony, and fanatic Neanderthals.

It was not by accident that the title of my "lengthy, in-depth, and dispassionate examination of the facts, of the nutjobs, and of Obama's youth" was The JournoList Issue No One Is Bringing Up. The reason I keep referring to the "alleged" and to the "so-called" "Birther" issue in quotation marks is that it is an entirely fabricated story (or narrative, to use the MSM's preferred expression), by members of the mainstream media itself, with an entirely fabricated cast of nasty and dangerous villains, consisting of mobs of zealous trouble-makers and despicable enemies of the people.

The ensuing pearl-clutching "omigod-don't-tell-us-that-you-are-one-of-those-racist-clods?!" attitude was, and is, in no way a defense of Obama or the occupant of the White House; it was, and it is, a defense of the mainstream media.

It was and is certainly not a gallant and high-principled attack on hate and bigotry, in defense of a minority member sitting in the White House.

It was and is a shameful, a disgusting, and an un-American attempt to shut down debate by shaming anyone wishing to take a deeper look into the biggest single piece of evidence exposing the MSM's (bogus) credentials of neutrality and impartiality. 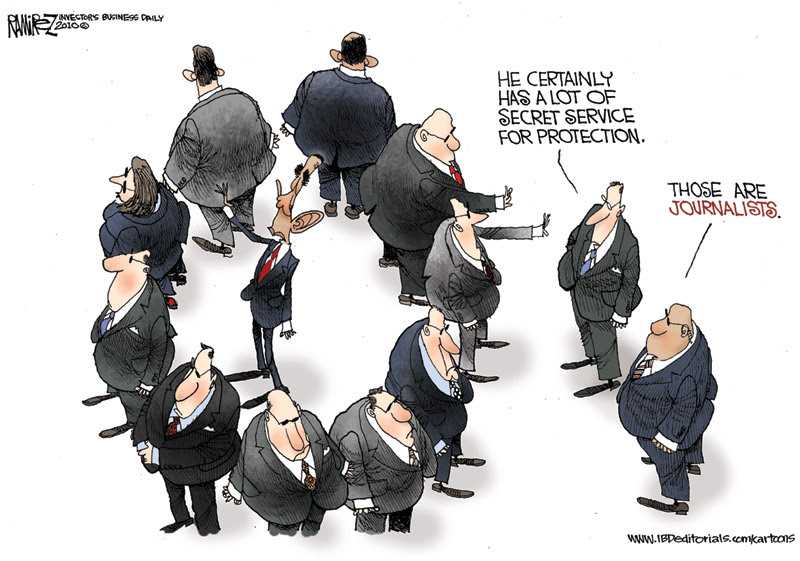