At the Apple Store's Genius Bar 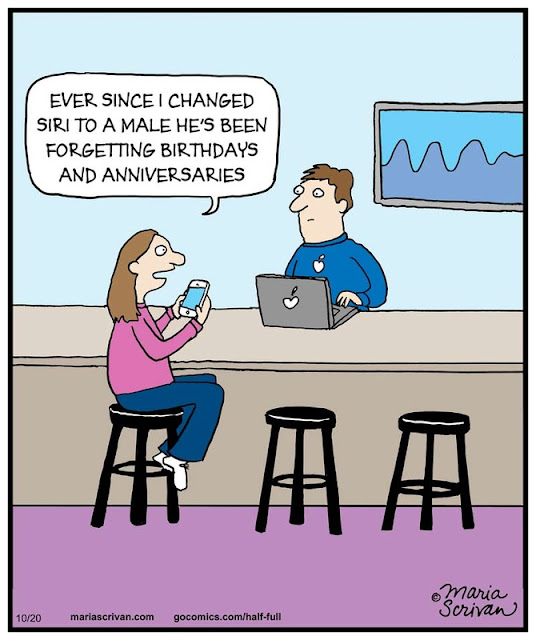 Why Santa Has Reindeer Instead of Cats 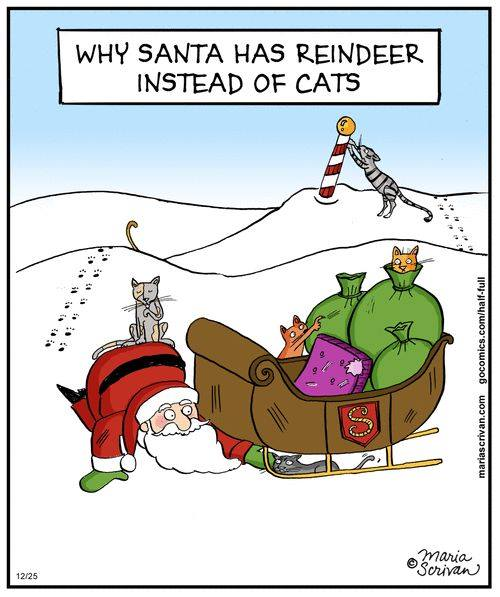 From Maria Scrivan
(Dziękuję dla Janina)
Posted by Erik at 09:57

Now comes one of those feel-good stories you only
read about on Facebook or in the Reader's Digest.

In the 1980s or 1990s there was a cartoon of a
helmeted astronaut at the door of his landing
module, making a report of his first impressions
to headquarters back on Earth while looking out
at a barren planet. Barren except for one thing:
Next to the spaceship was what looked like a
gargantuan heap of laundry. The caption read:


Houston. We have found the missing socks.

As some of you know, I am for the time being living
between Copenhagen and Paris. Like most people,
I suppose, I have orphan socks that I hesitate to throw
away — in both places. (That is, I am determined to
throw them away until… the last second — at which time
I relent, reckoning, I may just run into that other sock
within a day or two.) The last time I was in Denmark,
I thought, I will take my half dozen orphan socks from
Copenhagen to France, and see if any good news would
transpire.

After 13 hours on the highways of Denmark, Germany,
Belgium, and France (not to forget the 45-minute ferry ride),
I arrived in Paris. Lo and behold, one of the orphan socks
from one country was an exact match with one orphan sock
from the other, separated by 1208 km (the exact distance
from my place in one city to that in the other).

Merry Christmas to one and to all!
Posted by Erik at 21:09

New York Times Urged to Make a Crusade Against the Revolver

What a continual source of trouble [the revolver] is.

In 1901, a reader of the New York Times signing as Solon, Jr wrote a missive to the Gray Lady urging it to take action and embark on gun control or a peculiar form of same. 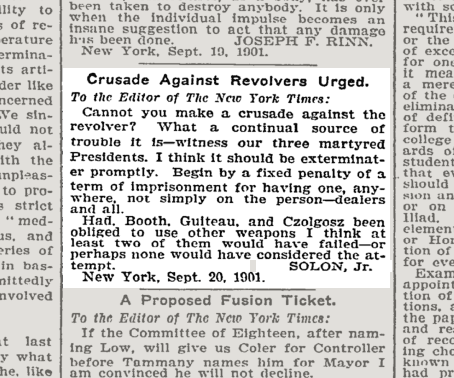 The Daily Telegraph has a list of 10 British things you just don’t mess with.


According to a recent report, American film director George Lucas experienced a baptism of fire on the Elstree set of Star Wars back in 1976. Instead of the work ethic he was used to when filming in the States, a very British adherence to union rules prevailed which meant shooting was delayed for twice-daily tea breaks. What Lucas failed to appreciate is that for the British, tea is more than a warm beverage. Tea is a way of life. It is the answer to almost any problem that arises. In the face of disaster we put the kettle on. We are very serious about our tea.

There is advice for the Yanks:


As the Telegraph’s Christopher Howse observed recently, to use your eating-irons as the Americans do is considered to be worse than a crime.