By Being Forced to Walk Back Her Comments, Doesn't Marianne Williamson Prove the Veracity of Those Very Comments? 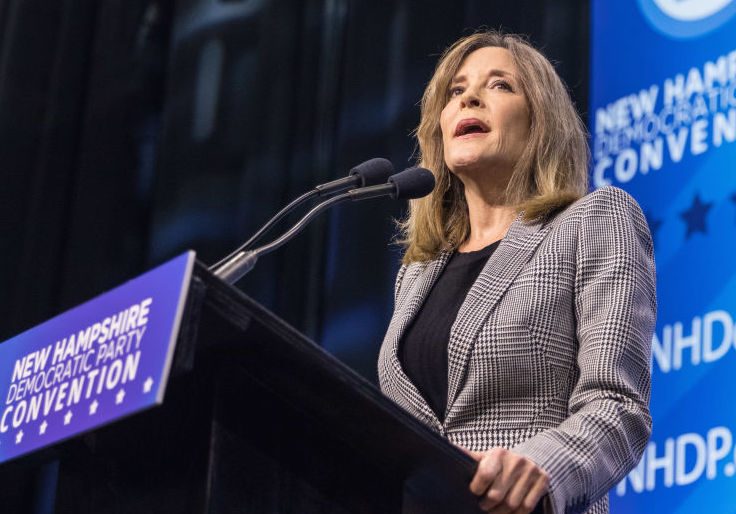 Has anybody given a thought to the following point — especially… (wait for it…) Marianne Williamson herself?!

To quote Jim Treacher (thanks to Ed Driscoll and to Sarah Hoyt):


Lefties are awful, especially to women. No insult is too cruel. No lie is too insane. Anything goes. Then lefties project their own behavior onto their political opponents, and congratulate themselves for condemning it. They're lunatics. Whereas conservatives, who don't agree with Williamson's policies at all, are decent to her because she seems like an okay person. They're able to separate the person from the politics.

… Marianne Williamson [turns out to be] just like the rest of them. She accidentally told the truth, and now she's walking it back because it's politically inconvenient. She's terrified that her own tribe will cast her out for her heresy. … she's afraid of alienating people who hate her anyway.

What is about this "serious leftie" — a spiritual guru, at that (e.g., A Course in Miracles) — that she does not understand
A) that such negativity directed at her, or at anyone, is in fact par for the course for the left and
B) that people on the right in fact are not mean at all (or certainly not as mean as has been reported) and
C) that the very fact that conservatives are — endlessly — accused of being heartless monsters by the left (including by their vassals in the media) proves point A while proving that leftists are in fact drama queens always looking to present their (alleged) adversaries as despicable deplorables while presenting themselves as the knights on white stallions ready to fight those barbaric neanderthals?

Hasn't the spiritual guru ever heard of such concepts as… "projection"?!
(Update: thanks for the Instalanche…)