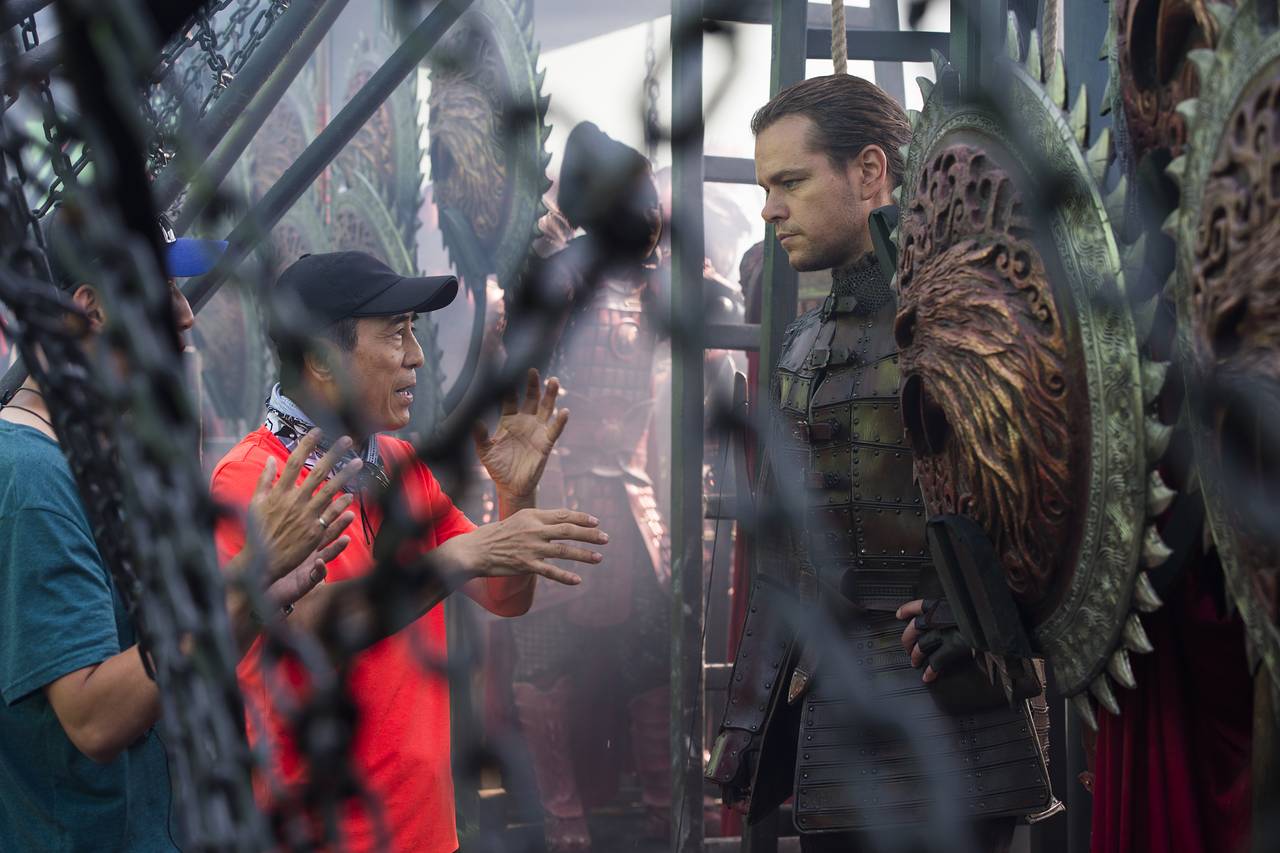 
Chinese investors and more than a billion potential moviegoers have made China indispensable to the film business. The country’s box-office total last year, at $6.6 billion, was the world’s second-largest compared with the first-place U.S., $11.4 billion. In a few years, analysts predict, China will be No. 1.

While the U.S. movie-ticket sales have remained relatively flat, China’s have more than tripled since 2011.

… Private and state-backed Chinese companies have invested tens of billions of dollars in U.S. film ventures over the past decade. The relationship comes with strings attached. Chinese authorities, censors and consumers influence nearly every aspect of American moviemaking in China, from scripts to casting to greenlighting sequels.

… “We’re in a moment of significant disruption,” said Richard Lovett, president of Creative Artists Agency, which represents such clients as Sandra Bullock and J.J. Abrams. The firm announced Monday it was expanding its footprint in the country with a division called CAA China.

China’s ambition befits the big screen—to compete with the U.S. as a global storyteller and spread its perspective in the same fashion American filmmakers have for a century.

… Chinese investors bring the support of a Communist Party that under China’s leader, President Xi Jinping, has made cultural influence an important piece of its long-term growth plans.

“We must make patriotism into the main melody of literature and art creation, guide the people to establish and uphold correct views of history, views of the nation, views of the country and views of culture, and strengthen their fortitude and resolve to be Chinese,” said Mr. Xi at the Beijing Forum on Literature and Art in October 2014.

Tensions between China and the White House have accelerated since the presidential election. Mr. Xi is seeking to strike a contrast with President Donald Trump as a champion of globalism, and he appears eager to advance China’s narrative—both by pressuring Hollywood studios to portray the nation favorably and, in the long term, by adopting Western filmmaking techniques for China’s own movie industry.

… That desire got a push from a Hollywood panda named Po. The animated star of “Kung Fu Panda” was created by DreamWorks Animation SKG Inc., the Glendale, Calif., studio then run by Jeffrey Katzenberg.

Mr. Katzenberg didn’t cook up “Panda” to win over Chinese audiences. He and the DreamWorks team conceived of the movie in 2004, when China sales were barely an afterthought. At its 2008 release, China’s market was small but growing.

Yet “Kung Fu Panda” was a hit in China, grossing $26 million, a surprise to everyone. Members of the Chinese People’s Political Consultative Committee—a top political advisory body—debated how a U.S. company could understand Chinese culture well enough to make the movie.

… Hollywood executives can rattle off the rules for getting a movie approved by Chinese censors: no sex (too unseemly); no ghosts (too spiritual). Among 10 prohibited plot elements are “disrupts the social order” and “jeopardizes social morality.” Time travel is frowned upon because of its premise that individuals can change history.

… No company has been more aggressive in pursuing Hollywood partnerships than Wanda, a conglomerate run by Wang Jianlin, China’s richest man, that made its name building shopping malls across China in the 1990s.

In 2012, Wanda bought AMC Entertainment Holdings Inc., a Leawood, Kan., exhibitor that is now the largest movie-theater operator in the world. The company’s other entertainment holdings include Legendary Entertainment, the production company behind “Kong: Skull Island.” It recently built Wanda Studios in the coastal city of Qingdao, which houses 50 soundstages, the largest stretching to more than 100,000 square feet. 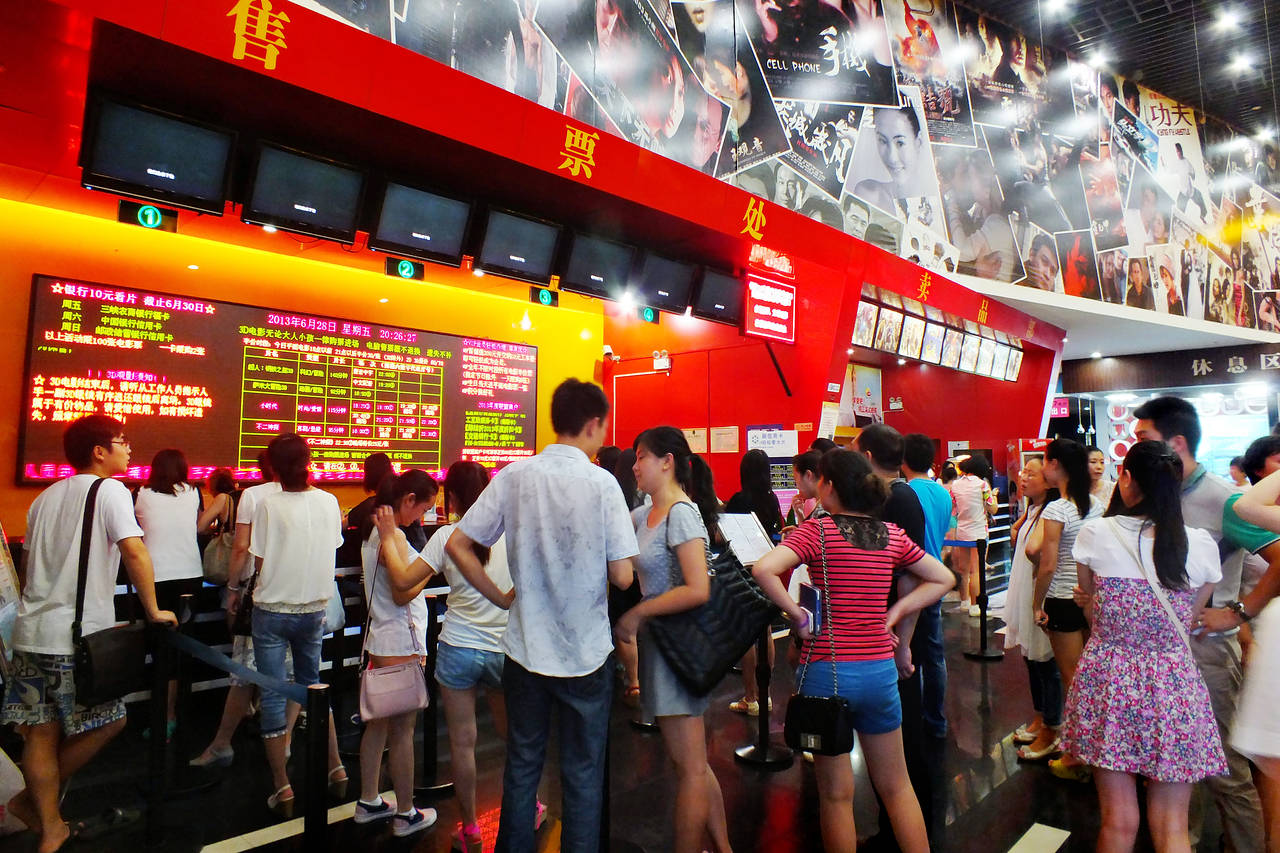 Check out the ending of Ridley Scott's “The Martian”, to see how a Chinese rocket is instrumental in saving the life of (again) astronaut Matt Damon. Or check out the ending of Roland Emmerich's “2012”, where the first nations to show compassion and allow thousands of commoners on the Arks — built in China, natch — prove to be China, Russia, and Japan; quickly followed — to the American commander-in-chief's dismay — by a handful of nations from Europe…

Related:
• Hollywood's Offerings Promise Only to Get More Anti-American

• In an effort to placate China's cultural sensitivities, Hollywood is willing to make all manner of changes to their films

• Is Kung Fu Panda 2 "a Metaphor for the China-US Struggle"?

• Further Inroads into Hollywood for China's Communist Party and Its Censors

• Chinese Film Studios Are the Planet's Largest, Mass-Producing Films Designed to Build a Positive Image of the Country 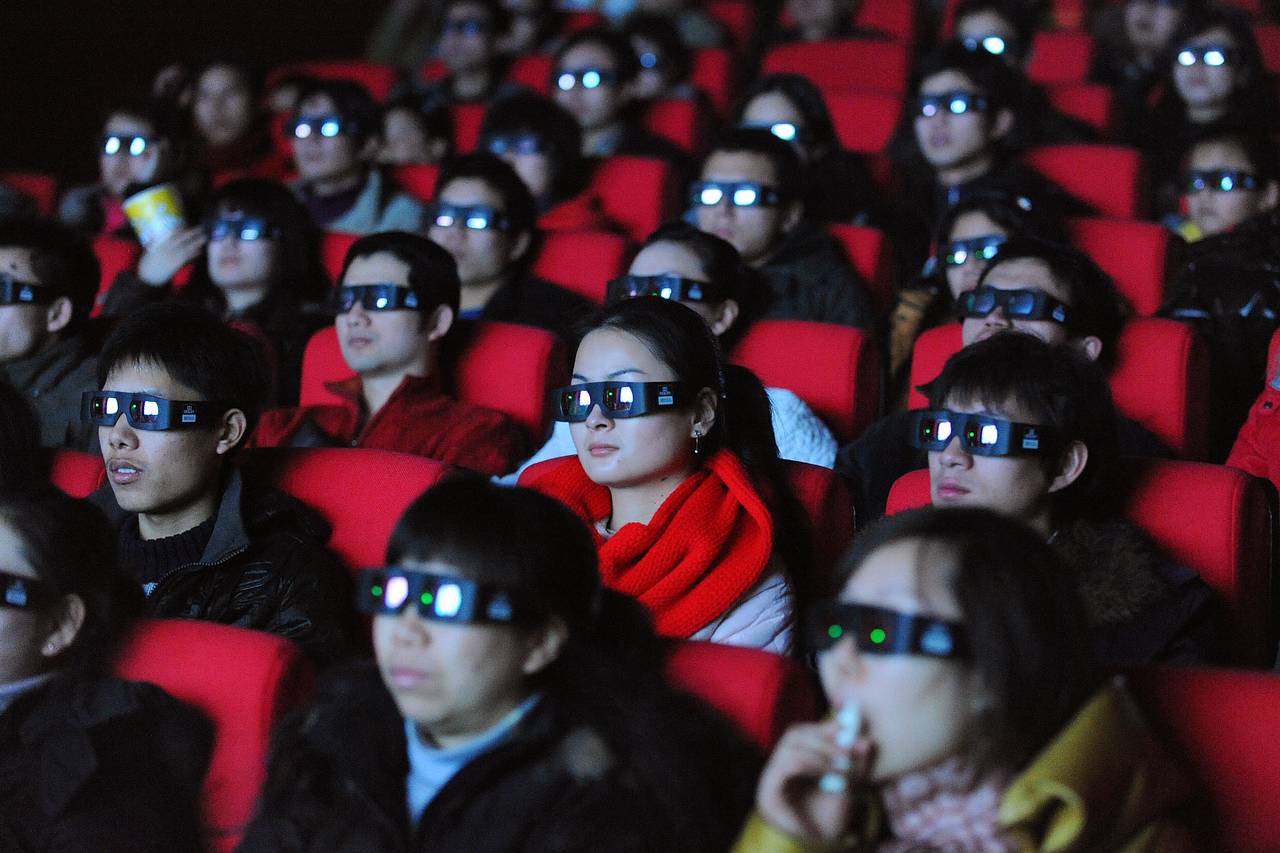 
Once a blip on studios’ radar, the Chinese box office grew nearly sixty-fold from 2003 to 2015, when its revenue passed $7 billion, and is expected to become the biggest in the world in 2019.

But those sweetened terms come at a cost, beginning with rules that can feel like creative straitjackets and on-set safety requirements that can be looser than in the U.S.

… Filming [the $150 million historical fantasy “The Great Wall”] in China posed inherent problems, like Beijing’s infamous pollution. “How do I look Matt Damon in the face when he’s the only one not wearing a mask?” one producer asked in a meeting.

Clearer skies and more space were found when the crew started filming in Qingdao, a coastal city 400 miles southeast of the capital where Wanda is constructing a sprawling real-estate development known as Wanda Studios Qingdao. Wanda bought Legendary for $3.5 billion in early 2016. 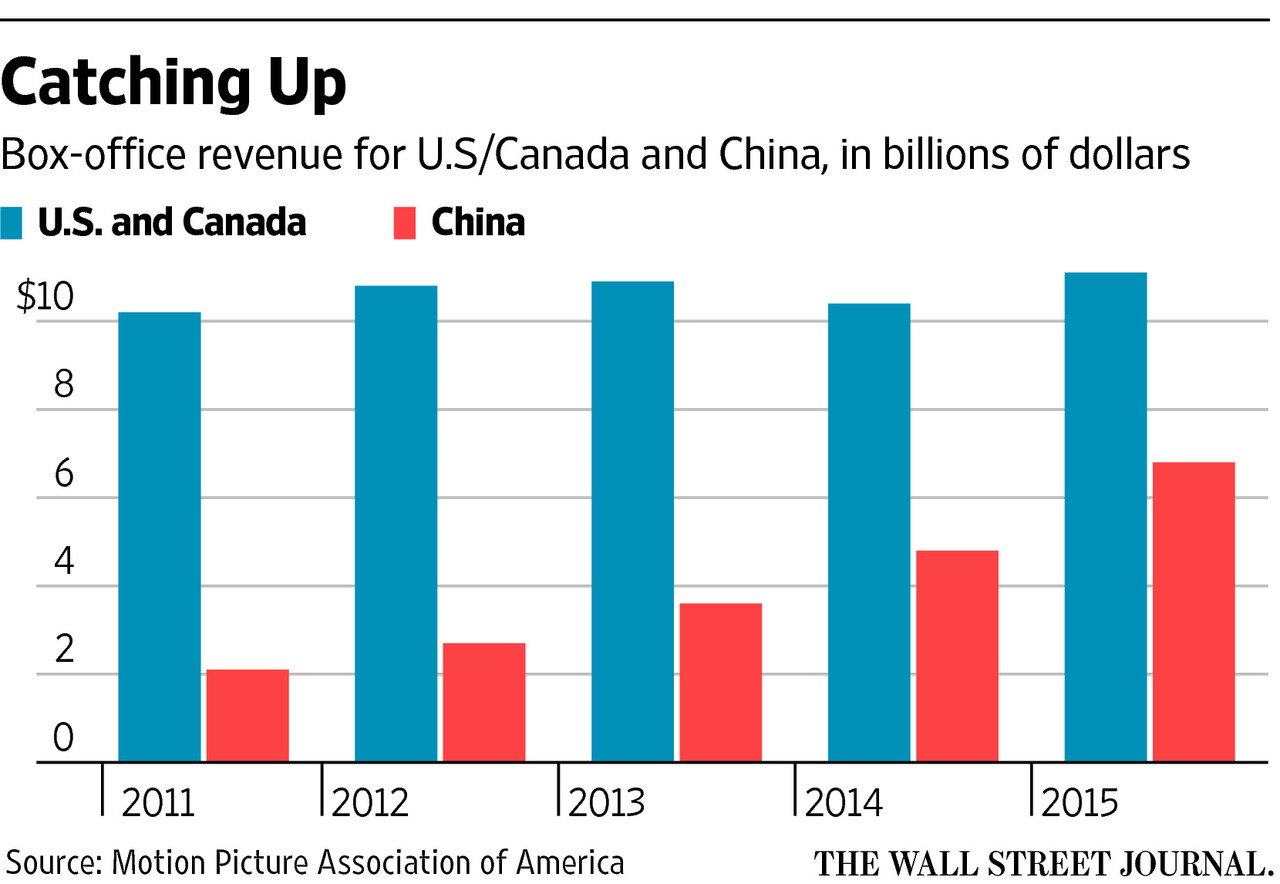 "Republicans Pounce!" Department: The "Far Right" Sees "Opportunity in Tragedy" and Uses a Muslim Refugee's Murder of a 14-Year-Old Girl as "a Political Weapon"


In the “Republicans Pounce!” School of Journalism (conservatives pouncing, leaping, seizing, etc), we get this German gem from the New Yorker's Yascha Mounk:


How a Teen’s Death Has Become a Political Weapon
When a refugee killed a fourteen-year-old girl,
Germany’s far right saw opportunity in tragedy.

Offhand, before reading the story, one obviously doesn't know much about it, one way or another. For all I know, there may be some, if not a lot of, truth in Mounk's New Yorker piece. But: we still get the narrative that people on the right are hypocritical and treacherous, while their aims are nefarious and their (phony) positions are nothing more than political weapons. (Danke schön für the Instalink.)

Having said that, what are the chances in a piece like this that the murderer's name is Mohammed, Abdul, or Ali?

Incidentally, doesn't the description of towns like Mainz in Germany sounds a bit like the UK's Rotherham?


The eleven-year-old girl allegedly raped by Ali Basha [yes, there is another victim] … had repeatedly hung out with a group of much older refugees, many of them grown men. Far from being an aberration, [Wolfgang Werner of Wiesbaden's department of social affairs] casually acknowledged, the phenomenon of older refugees pursuing an attention-starved young local is part of a wider trend.

Furthermore, when you read about other similar crimes (and the murderers' equally light sentences) and about the ensuing outrage being used by liberals like Yascha Mounk to bewail rightists' propaganda and "fearmongering"(!), you can't help wondering what drugs they are on. Such as the murder of


fifteen-year-old Mia Valentin, from Kandel, a town of ten thousand inhabitants in southwestern Germany, close to the French border. [Mia had] begun a romantic relationship with an Afghan refugee, Abdul Mobin Dawodzai, who had been placed in her class at school. After they broke up, Dawodzai (who had claimed to be a minor but was at least twenty years old, according to authorities) allegedly began to stalk and threaten her. On December 27, 2017, he repeatedly stabbed her with a bread knife in front of a drugstore in the city’s center. She died a few hours later.

Dawodzai was tried for murder at the district court in nearby Landau, and, at the beginning of September, he was sentenced to eight years and six months in prison. Far-right agitators used the shocking details of Mia’s death for full propagandistic effect, just as they did with Der Fall Susanna.

But back to the subject of this post, the “Republicans Pounce!” School of Journalism. Back in the United States, the (cough) impartial and (cough) unbiased Snopes website — given the content of the concluding paragraph, San Francisco's David Emery has never read a book by Jonah Goldberg or seen a video by Dinesh D'Souza — also chooses to depict Republicans as moody, childish, and impulsive (not to mention "leaping").


None of [the media attention garnered by dozens of white-clad women in the House chamber where Trump delivered his address] went down well with Trump’s base of supporters, who leapt to social media to share memes likening the white-clothed Democrats to reviled, oppressive movements such as the Ku Klux Klan and Nazis.

Put another way, the “Republicans Pounce!” School of Journalism is symbolic of the leftists' basic worldview in a nutshell, which comes down to Republicans being despicable deplorables while Democrats being deserving dreamers.

Another example is the Washington Post's Republicans seize on liberal positions to paint Democrats as radical. Which leads Stephen Green to line his comment with a touch of irony:

In that perspective, Ed Driscoll links to Charles C W Cooke story in National Review on how the mainstream media operates.


… the “press” and “the First Amendment” are held to be synonymous when they are no such thing and cannot logically be so.

… Sometimes consciously, but most often unwittingly, journalists treat Democrats as normal and Republicans as abnormal and proceed accordingly in their coverage. Once one understands the rules, the whole setup becomes rather amusing. When a headline reads “Lawmaker Involved in Scandal,” one can immediately deduce that the lawmaker is a Democrat. Why? Because if he were a Republican, the story would make that clear in the headline. Without fail, stories that begin with “Republicans pounce” are actually about bad things that Democrats have done or said, while stories about bad things that Republicans have done or said begin with “Republican does or says a bad thing” and proceed to a dry recitation of the facts. A variation on this rule is “Republicans say,” which is used when a Republican says something that is so self-evidently true that, had a Democrat said it, it would have been reported straight. For a neat illustration of how farcical things have become, take a look at the Washington Post’s most recent “fact check,” which helpfully informs its readers that the claimed “one thousand burgers” President Trump bought for the Clemson football team were not, in fact, “piled up a mile high” because, “at two inches each, a thousand burgers would not reach one mile high.”

Selective political interest is disastrous in its own right. But when combined with the catastrophic historical illiteracy that is rife among the journalistic class, its result is what might best be described as the everything-happening-now-is-new fallacy, which leads almost everybody on cable news and the opinion pages to deem every moment of national irritation unprecedented, to cast all political fights as novel crises, and, provided it is being run by Republicans, to determine that the present Congress is “the worst ever.” Turn on the television and you will learn that our language is the “least civil,” our politics is “the most divided,” and our environment is the “most dangerous.” When a Democrat is president, he is “facing opposition of the kind that no president has had to suffer”; when a Republican is president, he is held to be badly unlike the previous ones, who were, in turn, regarded as a departure from their predecessors. Continually, we are held to be on the verge of descending into anarchy or reinstituting Jim Crow or murdering the marginalized or, a particular favorite of mine, establishing the regime outlined in The Handmaid’s Tale. Past is prologue, context, and balm. Without it, all is panic.