Corruption and Contempt: In Any MSM Article About Concerns Regarding the Fairness of the 2020 Election, the Words "Baseless" and "(Big) Lie(s)" MUST Be Inserted

Many publications provide their writers with “style sheets,” a list of dos and don’ts with respect to things like diction, punctuation, grammar, and linguistic etiquette 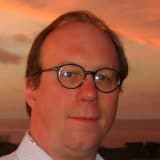 explains American Greatness's Roger Kimball (thanks to Ed Driscoll and to Sarah Hoyt) whose personal list of “dos”, like mine, includes the Oxford comma.

Over the last year or so, I have noticed an innovation, at once stylistic and substantive, that has taken root throughout the regime media. It is this: whenever referring to Donald Trump and the 2020 presidential election, be sure to insert editorial comments to the effect that any concerns about the fairness of that election are “baseless” or the result of “lies.”

I do not remember when I first noticed these little injections of partisan squid ink, but by now they are ubiquitous in the anti-Trump fraternity. Just one example: in a column Saturday about Donald Trump’s weekend rally in Waukesha, Wisconsin, the writer claimed Trump “spent much of his speech focusing on his baseless claims of widespread fraud in the 2020 presidential election” (emphasis added).

Or how about this bit from later on in the piece: “Trump spent much of his speech touting the accomplishments of his term as president . . . and promoting the lie that the 2020 election was ‘rigged and stolen’” (again, emphasis added). What do you think?

Or how about this: Trump was in Wisconsin “ostensibly” to stump for Tim Michels, the person Trump backs for Tuesday’s GOP gubernatorial primary, but he devoted much of his speech “focusing on his baseless claims of widespread fraud in the 2020 presidential election.”

I noticed the same thing early on, I find it infuriating.  The words do not just appear in the articles' bodies themselves; but also in their very headlines.

In any event, I think this new habit betrays the insecurity that often accompanies braggadocio. If I am right about that, then the practice might well be counterproductive. The intent, of course, is to make a mockery of Trump’s claims that there was something rotten in the state of Denmark and, by so doing, undercut not only Trump but also the suspicions of those many millions of people—more than 40 percent of Americans—who believe that the election was tainted.

Is it working? I do not believe it is. Granted, for those who are already convinced that the 2020 election was on the up-and-up, the liberal sprinkling of words like “baseless” and “lies” into any discussion of Trump’s reaction to the 2020 election seems simply to be stating the obvious. A further point: since the people who believe, or say they believe, that the 2020 election was conducted fairly are also, most of them, regime-certified figures, the habit has the appearance of an echo chamber, instilling confidence and certitude only among those who already agree with the main proposition, viz that the election was fair, that Trump lost, and that his continued complaints are “baseless” “lies.”

… But for the millions upon millions of Americans who harbor doubts about the election, and a fortiori, doubts about the regime-endorsed anti-Trump caravan, the whole show is just more evidence of deep-state corruption and contempt for those Hillary Clinton memorably dismissed as “deplorables.”

For them, being continually bashed over the head by partisan hectoring masquerading as honest reporting is an unpleasant, and deeply unpersuasive, experience. Partly, their reaction is like Gertrude’s in Hamlet: “The lady doth protest too much, methinks.” Partly, I suspect, it recalls what Burke said in Reflections on the Revolution in France:

Because half-a-dozen grasshoppers under a fern make the field ring with their importunate chink, whilst thousands of great cattle, reposed beneath the shadow of the British oak, chew the cud and are silent, pray do not imagine that those who make the noise are the only inhabitants of the field; that of course they are many in number; or that, after all, they are other than the little shrivelled, meagre, hopping, though loud and troublesome insects of the hour.

Unfortunately, those loud and troublesome pests, though few, control almost all the levers of political, and state police power. They are eager to maintain that virtual monopoly. Donald Trump and the spirit he awakened challenges their control. Hence their hysteria and unremitting, importunate chink.