It’s a scientific fact: Danes are the most shameless people in the world

I’d long suspected it, and during my time living Danishly, I’d become convinced of it

admits Helen Russell, the author of The Year of Living Danishly (available from the Telegraph Bookshop).


But now it’s a scientific fact: a survey conducted by the University of Zürich has shown that Danes are the most shameless people in the world. A mere 1.62 per cent of Danes suffer from gelotophobia - fear of ridicule - the lowest proportion of the population in any country surveyed. In the UK, we have the highest number of people with the phobia. As a Brit who was also raised a Catholic and went to an all-girls school, I’m practically a lost, hyper-repressed cause. So moving to Denmark proved quite the eye opener. From the encouragement of office-based sing-alongs to a large emphasis on public nudity and a big appreciation for alcohol, Danes seem to be raised utterly uninhibited.

During my adolescence in 1990s British suburbia, swimming was something to be avoided whenever possible. The crushing embarrassment of displaying sprouting pubescent bodies drove many a teen to fake notes from their parents to get out of class and I spent a good 50 per cent of my time on the claggy poolside bench on ‘float-duty’. But not in Denmark. Here, exercise is mandatory, showers are communal and a supervised naked scrub-down is expected of all swimmers before entering the pool. Family nudist nights are not uncommon and many of the beaches along Denmark’s 7,000 km of coastline are clothing-optional.

… Family nudist nights are not uncommon and many of the beaches along Denmark’s 7,000 km of coastline are clothing-optional.


Once they hit 16, Danes can drink, consuming 11 litres of pure alcohol per person per year, according to the World Health Organisation - something that’s bound to stave off shame. At least until morning. And because Denmark still has student grants (remember them?), anyone over the age of 18 is paid to study - for as long as they like. Lubricated, uninhibited and happy to live like a student until their 30s, in some cases, it’s no wonder Danes are so relaxed.

When Danes do make it to the workplace, the fun continues. Birthdays are marked with lots of singing and special man-shaped cakes - everyone screams when you behead the cakeman. Danish celebrations are not for shrinking violets. Many workplaces have leisure clubs or associations attached and several in my area also boast their own office band. Guitars are whipped out at every opportunity and communal music making with Lars from accounts is considered a perfectly normal hygge (‘relaxed’, ‘friendly’ or ‘cosy’) time.

Red cheeks all round 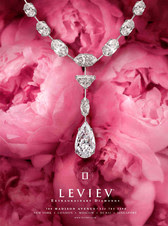 John Brisby writes to The Economist:

What Paris's expensive concert hall looks like? Like a giant Batman cape thrown down by the superhero after a tiring mission

Stephen Clarke couldn’t get in to visit Paris's new Philharmonie building on its open day.


This is the gigantic new concert hall on the northern edge of the city, at the Parc de la Villette. Well, I could have waited, but the two queues of prospective visitors were three or four deep and 50 and 100 metres long (those are estimates,

by the way, I didn’t actually measure them). It was also freezing cold, and as an über-Parisian, queuing up is not my speciality, so I wandered around the outside of the building then went for a coffee.

I’m not surprised there were so many visitors. Parisians love open days, and in this case we all have a vested interest. As payers of both city and national taxes, we have all crowd-funded the new concert hall without being asked, and the maths are complicated but I calculate that I’m in for about ten euros personally, plus a few euros per year from now on to cover subsidies and loan repayments (according to the très sérieux magazine Le Point, the project somehow managed to obtain itself a 150-million euro loan at over 5 per cent interest – there’s one mortgage broker who must have retired to the Cayman Islands on the spot).

So what are we getting for our 400 million euros? At the moment, a building site, with a partially unfinished facade, but when it’s finished, it will look (and this is a purely personal view) as though someone is trying to iron a giant Batman cape that has been thrown down by the superhero after a tiring mission (perhaps to track down an errant mortgage broker), crossed with a multi-storey car park. Unsporting, perhaps, but when you step to one side of the façade and go inside the adjacent Parc de la Villette, you have a view of a series of balconies that look like car park ramps. Functional, maybe, but for all that money, couldn’t we have got all-round beauty?

… This isn’t my first outbreak of Victor Meldrew-like grumpiness about the new concert hall, I know. But it is just so expensive, and the whole budget process has been so dubious. The Le Point article revealed some exasperating facts: the initial tender was for a concert hall that would cost 200 million. Two bids came in, at 300 million each. After haggling, one of the builders came down to 218 million, though allegedly (according to Le Point) certain people admitted that they knew it couldn’t be built for that. And now we’re footing the bill for double the original – wrong – estimate. This at a time when subsidies for Paris’s sports clubs, gyms and many social charities are being slashed.

quips Sarah O’Meara in the Daily Telegraph as she goes exploring for the French influence in Asia.

Their architecture remains some of the best in the city, as do their restaurants. And they sip imported wine at pavement cafes with such casual confidence (and regularity) it suggests continued preeminence in China.

“Didn’t you learn about France’s colonisation of Indochina at school?” my husband asks as I query their considerable influence.

“No. We did the suffragettes, native Americans, the Holocaust and the Arab-Israeli conflict,” I explain.

“What happened in Asia?”

He looks despairing. He was raised in Australia, where they give children a more rounded sense of what the Europeans were doing in the 20th century, when they weren’t fighting for freedom on home turf.

But the French in Shanghai are now guests, and any air of security comes from finding one another within China rather than a sense of dominance.

For modern Europeans who live in Asia, the challenge is to find our home in the present, and definitely not dwell on the past. And for nationalities such as French, this becomes less and less easy.

In days gone by, children across south-east Asia were taught French. Now, the second national language of their adopted home has moved to English.

But the French speak English about as well as the English speak French.

Shanghai Sarah goes on to describe holiday resorts such as Le Passe Temps, "secreted away in nearby Thailand".
Posted by Erik at 13:09