It looks like Decades of Governmental Astroglide have gotten them Nowhere

It’s the common market that isn’t.

For a large part of European societies, workforce immigration means lower wages, loss of work by fellow citizens, and creates a welfare burden. And yet Europe remains an area of very low worker mobility. Only 2.3 percent of Europeans live in a country other than the country of their ethnicity. Any significant change in this regard would require coordinating insurance systems or worker rights, transferring pension privileges, as well as fully recognising foreign professional qualifications.

Not to mention non-iteroperable medical coverage, the lack of integration despite the scale of intermarriage, etc.

Although you can you the same wall tiles, cheeses, shoes or cars all over the EU, the ‘common market’ remains common chiefly on paper.

There is no hiding the fact that the common market creates, temporarily at least, winners and losers, and that member states try various ways to support the latter through welfare policy. But income redistribution will not eliminate tensions between market integration and social goals.

No, but success and growth can. Remember what THAT was like?
Posted by Joe at 09:24 No comments:

They Even Left in the Working Title

I can't tell. I just can't tell.... is it Filme Noir wierndess, no budget, or a Senior year thesis from the Art School of the Blind? Starring the abundant Jayne Mansfield, the trailer to the 1964 barker: When Stranger Meet! "Dog Eat Dog".

Page for page, Ian McEwan’s The Innocents is as gripping as anything you’ll find. Set in Berlin during the Cold War, its story revolves around a murder so vivid in its description that I had to shut the book and steel myself to continue. The infamous American spy tunnel figures prominently in the tale as well.

Despite the usual European treatment of Americans as passive and two dimensional, as if they’re simply furniture, the story is an excellent one. 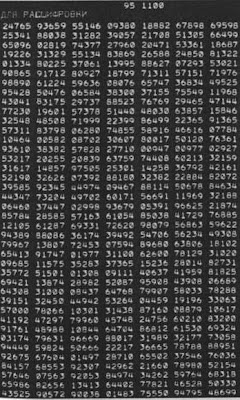 Crossposted on Marxist Byproducts
Posted by Joe at 08:58 No comments:

That’s Okay, they Only use it from Time to Time

I love the “nothing to see here” reporting. A ceiling in the Supreme Soviet has fallen again.

Part of a false ceiling in the Jacques Delors building in Brussels - shared by the European Union's Committee of the Regions and the Economic and Social Committee - fell down over the weekend, according to a statement issued by the two institutions.

Parts of a false ceiling in an atrium on the fifth floor of the building on Rue Belliard collapsed during the night between Saturday and Sunday (7-8 August). No-one was hurt.

Let me reiterate: this is not normal. A trained Chimpanzee can figure out how to hang a ceiling.

The atrium is used occasionally for exhibitions and receptions and also by staff going from the Jacques Delors building to the Bertha Von Suttner building.

Should we do as so many of them would, and launch into a tirade of theorizing what this stands for? How it somehow tells a story of decayed character? Warmongering? Something momentarily like the omens of primitives looking at the world and seeing some meaning in, say Hurricane Katrina?

Of COURSE we can’t. That’s reserved for those retrograde, subhuman Americans!

Part of a false ceiling in the hemicycle in the European Parliament's Louise Weiss building in Strasbourg collapsed in August 2008. Two plenary sessions scheduled to be held in Strasbourg in September were moved to Brussels while repair work and safety checks were carried out. The hemicycle was reopened for use in October following repairs costing an estimated €8 million.

8 million Eurozlotys, when all they needed was a small crew of drywall mechanics and a scaffold. It’s efficiency at its’ best when your normal contracting practice is to hire your cousin Gégé who hangs wallpaper on the side.
Posted by Joe at 18:17 No comments:

Reflecting on the Light Musical Comedy that was Communism

No, not really. The seminal idea is still struggling to find its egg, but there are new postings up at The Near Distant Ago. I’m still holding out for Cosmonaut Hero week

“I offer him my congratulations as a European”

Wierdness for it’s own sake does not make it art. Yet another attention-seeking “don’t I just shock you?” type builds an “opera village” in Burkina Faso, one of the world’s poorest countries. They need food, not aliens bearing "culture". After all, they have plenty of culture of their own without Casper showing up to do a documentary about himself.

Why shove it down their throats? For oneself of course:

It's crazy, but I believe there is a sort of primal feeling which makes many people feel very connected to Africa. Perhaps because Africa is the cradle of humanity. We all long for our origins and in this context I find it very interesting that it was always in Africa that I experienced fear most intensely. Here at home we've made nests for ourselves and we're too scared to even go and buy a loaf of bread without life insurance, laptop insurance and dog insurance. At best we might throw caution to the wind by investing in one of those carefree holiday insurance packs for three weeks every year. But of course the inhabitants of our industrial world are suffering terribly because they are barely alive. I mean, how can you feel any sign of life when you are insured up to the teeth? And when someone is damaged enough to travel to Africa just to tell everyone how the world works, then it all becomes pretty grotesque.

It reads like the journal of a teenager who can’t wait to dye all of his clothes black, and find what they think to be a life experience – pandering to people just to want to have some reason to hate the folks back home.

In "Tunguska" my first full-length feature I sent avant-garde researchers to the North Pole to torture the Eskimos with German avant-garde films. This created the sort of friction which I have now grown into, but for a long time I had no feel of genuine autonomy and I am still scared today about falling out with people so badly that everything grinds to a halt.

I offer him my congratulations as a non-European, a non-Eskimo, or as a human with any sort of decency and capacity for shame, for that matter.
Posted by Joe at 08:32 No comments:

From the Literary Treasury of Our Times

A sick(er) twist on disaster tourism saw people pursuing their fascination with cannibalism.

Sometimes the situation turns out to be very funny. Vladislav Anikeev, a man from the Russian city of Tula, has always dreamt to visit a cannibal tribe. And one day his dream came true. He went to Kalimantan, Indonesia, to the place where scull hunters live. The group of tourists finally found themselves in the village inhabited by cannibals.

The locals willingly told the details of their inhumane craft and shared their secrets and technology of scull processing and showed how to do it. The hospitable aboriginals even offered to buy some souvenirs made of their enemies.

Some Russians, however, have made it into a “staycation”, reflecting the optimism of their culture.

Six young Russians who declared themselves to be Satanists have been handed jail sentences of up to 20 years for ritually killing and then dismembering four teenagers in a forest.

The six, who were all teenagers at the time of the crime, reportedly also ate the body parts of their victims in a wooded area outside the city of Yaroslavl north-east of Moscow.

Chalk it up to artful eccentricity if you must. In a world absent a moral rudder, the strangeness of such a vile transgression could just as well be received by an unsatisfying shrug. Let’s face it: if, all things being equal, all things really ARE equal, what kind of appeal does cannibal kink have? Anthropological curiosity? Adolescent “shock art” esthetics?

They stabbed the victims and then dismembered their bodies and cooked and ate some body parts, Komsomolskaya Pravda reported.

The four minors received the maximum possible sentence for murder, 10 years, a prosecutor, Tatyana Rachinskaya, said after the sentencing.

Oh those crazy kids! They’re just showing what ebullient optimism and joy they see around them!
Posted by Joe at 08:34 No comments: