D-Day: "The beach was total chaos. It was total noise." "When the mortars and shelling started you dived into the nearest hole." The Times has interviewed some of the last remaining veterans who stormed the beaches of Normandy, writes Will Humphries. See also my basic history of D-Day the 6th of June 1944…


Ron Smith, 94, from Rustington, West Sussex, was operating Landing Craft Tank 947 in Gosport when they were told to move out.
“It wasn’t until [our ship] got five miles south of the Isle of Wight that we were told about D-Day.

“We literally didn’t know until we were on our way. We were called down to the mess room and told what was going to happen. I was apprehensive. Someone in the mess room said: ‘France? We can’t go there,’ and our commander said ‘You can and you are and you don’t need a passport’.” …

Frank Mouque was tasked with clearing mines and obstacles on Sword Beach.
“The first thing you did [when you got on the beach] was lay on your back with your feet in the air to get rid of all the water in your boots. The beach was total chaos. It was total noise. There were beach masters shouting and pointing and directing because everything was landed almost immediately. You could hear the warships firing. …

Joe Cattini landed with his lorry at about 10am after a section of the beach had been cleared of obstacles and mines.
“They laid carpets down so we didn’t sink into the sand. There were bodies floating in the sea and on the beach. I had been in the civil defence reserve during the Blitz in London so it didn’t faze me, but the stench and carnage was terrible.

“We were directed off the beach by the beach masters and we had to keep strictly within white taped lines. One silly bugger decided he wanted to get ahead a bit and went over the white line and had only gone a couple of yards and hit a mine and blew up. That shook me because I had 180 rounds of 25lb ammunition and 80 gallons of petrol on board.” … 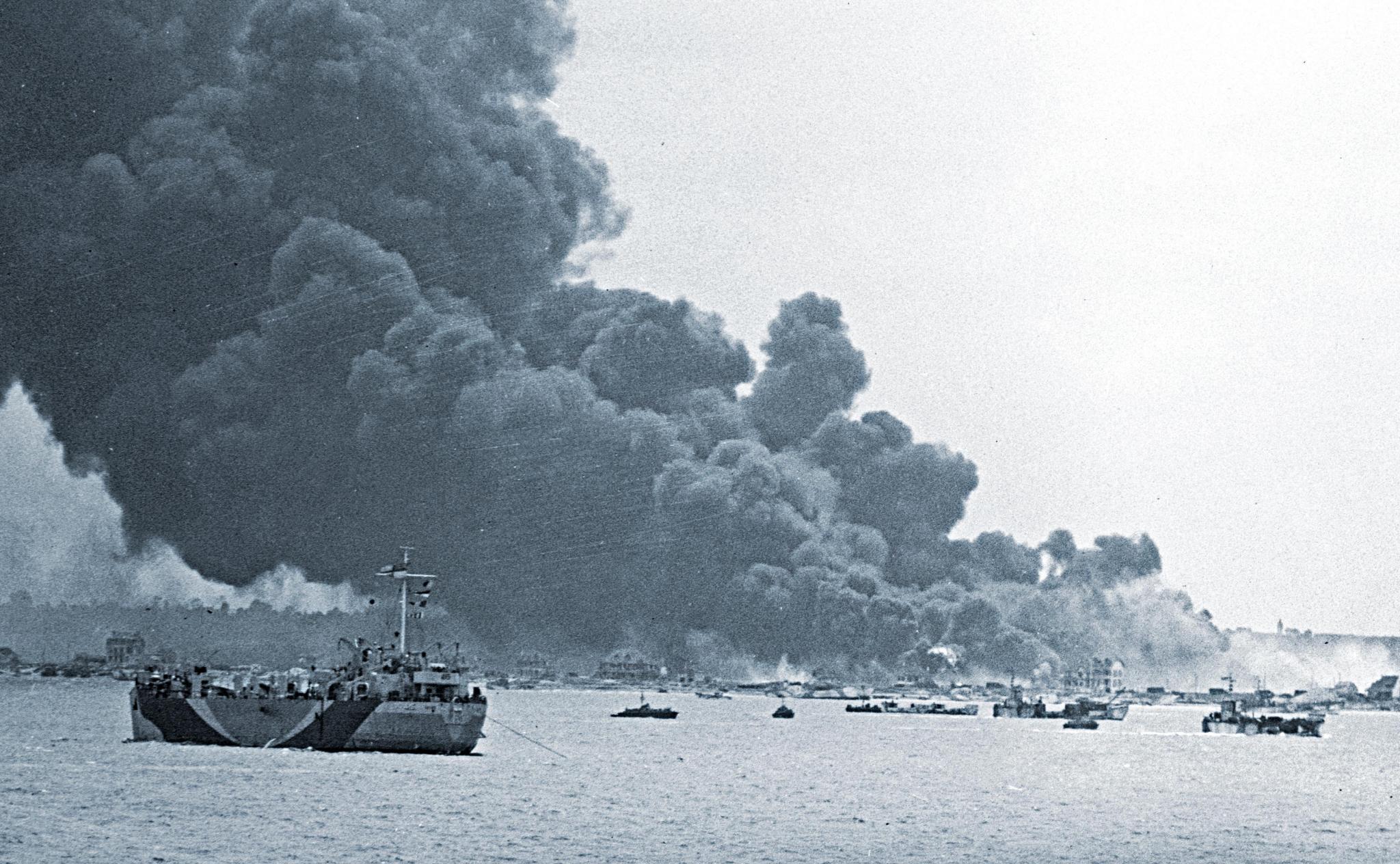 James George, 96, was a lance corporal in the Gordon Highlanders, 51st (Highland) Division. He landed at Arromanches on June 7 with his mortar team. He had fought at the battle of El Alamein and was well aware of the horrors of war that faced them in the fight for Normandy.
“It wasn’t very nice because you know what to expect. We had to get off the beach and get inland. You were just trying to keep alive. When the mortars and shelling started you dived into the nearest hole.

“It had quietened down a bit when we arrived. What I saw was all the Canadians that had been killed and they were all laid out in a nice tidy row on the beach, for a long way. It wasn’t a very nice start.”

Read the whole thing and check out the photos, both from 1944 and of the veterans today…