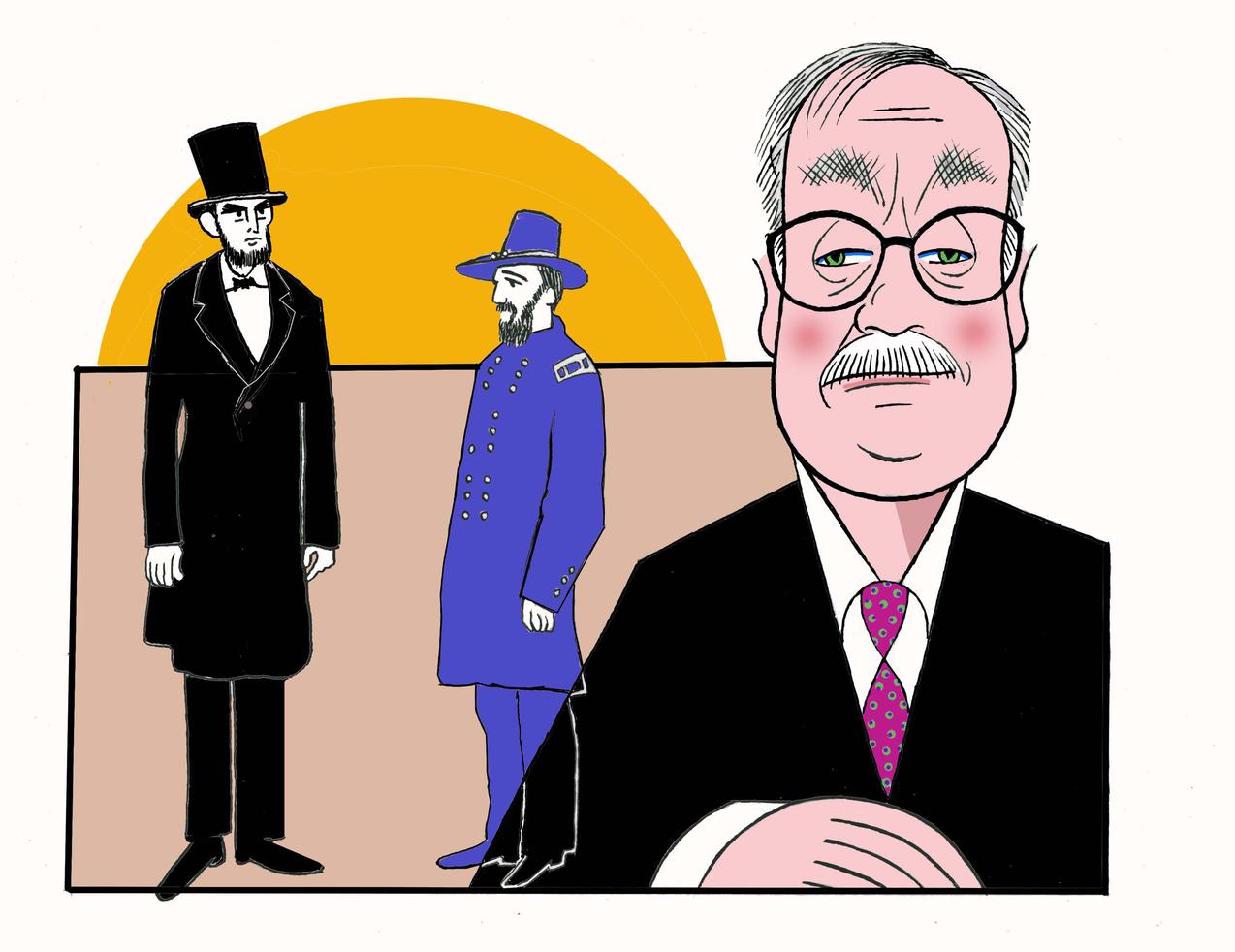 If you’re old enough to remember the Soviet Union,


you’ve probably wondered why so many young people today seem attracted to socialism. One influence is Howard Zinn, who published “A People’s History of the United States” in 1980, the year before the first millennials were born.

The book “continues to be assigned in countless college and high-school courses, but its commercial sales have remained strong as well” [which is nothing less than an outrage].

… Historian Wilfred McClay aspires to be the antidote to Zinn, whom 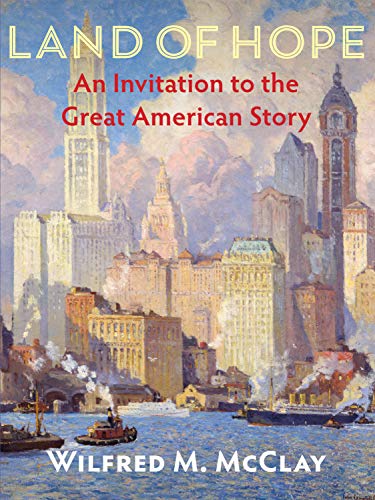 he accuses of “greatly oversimplifying the past and turning American history into a comic-book melodrama in which ‘the people’ are constantly being abused by ‘the rulers.’ ” Mr. McClay’s counterpoint, which comes out next week, is titled “Land of Hope: An Invitation to the Great American Story.”

He says he doesn’t mean his new book as “some saccharine whitewash of American history.” But he’s seen too many students drawn to Zinn because the standard textbooks are visionless and tedious. “Just as nature abhors a vacuum,” Mr. McClay says, “so a culture will find some kind of grand narrative of itself to feed upon, even a poisonous one.”

A lousy story is better than no story at all: “We historians have for years been supplying an account of the American past that is so unedifying and lacking in larger perspective that Zinn’s sweeping melodrama looks good by comparison. Zinn’s success is indicative of our failure. We have to do better.”

… in the new book he observes that it’s “hard to read about” early-19th-century America “without thinking of the series of events culminating in the coming of the Civil War as if they were predictable stages in a preordained outcome. Like the audience for a Greek tragedy, we come to this great American drama already knowing the general plot,” and susceptible to the illusion that it was written in advance. He urges readers to resist “that habit of mind” and remember that people at the time had no foresight to match our hindsight.

What gets him most riled up is what he sees as an abdication. “When you teach an introductory course in American history,” he says, “you really have a responsibility . . . to reflect in some way the national story, in a way that is conducive to the development of the outlook and skills of a citizen—of an engaged, patriotic, serious citizen.” Most professional historians don’t “take that mandate very seriously at all,” and instead provide “a basically negative understanding of American history.”

He says proudly that they reciprocate his aversion. When he meets colleagues at conventions and tells them the name of his book, “they just kind of look at me and say, ‘Oh my God, what have you been smoking?’ . . . When I say it has the word ‘Great,’ in ‘the Great American Story,’ then they’re even more dubious.”

Mr. McClay’s objective in “Land of Hope” is to help readers develop a sense of perspective and “a mastery of the detail” of American history. The Zinn approach allows them to be lazy: “Why learn what the Wilmot Proviso was, or what exactly went into the Compromise of 1850, when you could just say we had this original sin of slavery?”

By contrast, “Land of Hope” delves into the complexity of the Founders’ debates over slavery. Many expected it would eventually end on its own, or believed the alternative to accepting it—abandoning the union—was worse. Some were conflicted. The book describes George Mason as “a slaveholder but also a Christian who labeled the trade an ‘infernal traffic,’ ” and adds: “Mason feared the corrupting spread of slavery through the nation, which would bring the ‘judgement of Heaven’ down severely upon any country in which bondage was widespread and blandly accepted.” The Founders had to weigh what was possible, not just what was ideal—and Mr. McClay thinks it’s unfair to denounce them for failing to meet today’s standards.

Similarly, he says that when he talks about the wise and loving letters between John and Abigail Adams, “students will say, ‘Yeah, but you know, women couldn’t own property and couldn’t vote.’ ” True enough, but Mr. McClay responds with a challenge: “Well, compared to what? Were things better for women in sub-Saharan Africa? Were they better in France? And generally they can’t answer the question. What they do is they measure the country’s history against an abstract standard of perfection, against which it’s always going to fall short.”

Mr. McClay decries the impulse to “condescend toward history”—and tear down monuments or withdraw honors from historical figures who offend today’s sensibilities. He says he isn’t trying to “reduce everything to context,” only to acknowledge that leaders from Thomas Jefferson to Martin Luther King were complicated, and that their flaws are “no reason to rob them” of recognition for the “truly heroic things that they accomplished.”

Take Woodrow Wilson, recently the subject of controversy at Princeton University, where he was president from 1902-10. Critics want to remove his name from the School of Public and International Affairs because of his bad record on race. Mr. McClay isn’t a fan of President Wilson’s diplomatic efforts and criticizes his suppression of dissent during World War I. But when the U.S. entered that war, Mr. McClay says, “it was a moment for all hands on deck, and Wilson proved to be an excellent wartime leader.” The professor praises the 28th president as “acutely attuned . . . to the maintenance of public morale.”

Ideological bias in history textbooks is bad enough when the events occurred a century or more ago. “Especially once you get past, say, 1960 or 1964,” Mr. McClay says, “it just gets awful.” When examining the recent past, “it’s very, very, very hard to have any kind of perspective, other than whatever your own partisan persuasion is.”

He adds that some recent history books are “somewhat disfigured” by the way in which the understanding of recent history is “projected back on to the past.”

… Mr. McClay is even harsher on history textbooks: “They’re completely unreadable because they’re assembled by committee, by graduate students who write little bits and pieces of them. I’m not convinced that most of the textbooks that have the names of very eminent historians on the cover were actually read by them, let alone written by them.”

There are also the committees that approve them—state and local school boards, which answer to a variety of “stakeholders.” Members of every racial, cultural and religious group want a say in how they and events important to them are described. Mr. McClay opted to dispense with that process, and “Land of Hope” is being published by a conservative house, Encounter Books. He probably won’t sell many copies to public schools, but he hopes there are enough private and religious and charter schools, not to mention home-schoolers, that it will find a market.

… Unlike many modern textbooks, “Land of Hope” has no sidebars or charts; a 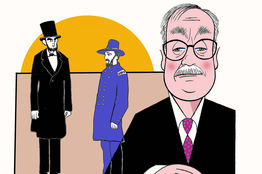 few maps and portraits provide the only distractions from the text. Mr. McClay writes with a literary quality, as when he likens Lincoln to Moses, “cruelly denied entry into the promised land of a restored Union, denied the satisfaction of seeing that new birth of freedom he had labored so long to achieve.”

… In the classroom, he endeavors to cultivate a longer view. When he explains the Constitution, he reminds students—or lets them know for the first time—that “conflict is part of the human condition and can never be eliminated. Neither can the desire for power and the tendency to abuse it.”

… When he taught at Tulane in the late 1980s and early ’90s, he recalls, “almost every applicant for graduate study wanted to work on the civil-rights movement—even though we didn’t have a single person on the faculty at that time who was an expert on the subject.” It’s easy to see the attraction, but he worries about the expectation that history will “provide an agenda for a moral crusade.”

“Very few moments of conflict have the moral clarity of that particular historical moment,” Mr. McClay cautions, “and we fall into error when we try to repeat it again and again.” Instead, he encourages students to appreciate the nobility all around them. “Gosh,” he says, “as Americans, you are part of what is arguably the most exciting enterprise in human history.”

On the Seth Leibsohn show:

The great Wilfred McClay on the beauty of American History and his new book, "Land of Hope" with me today, audio here:https://t.co/Bful5IYuHG
— Seth Leibsohn (@SethLeibsohn) May 18, 2019

UC: “We do not support so-called trigger warnings, we do not cancel controversial speakers, and we do not condone the creation of intellectual safe spaces” 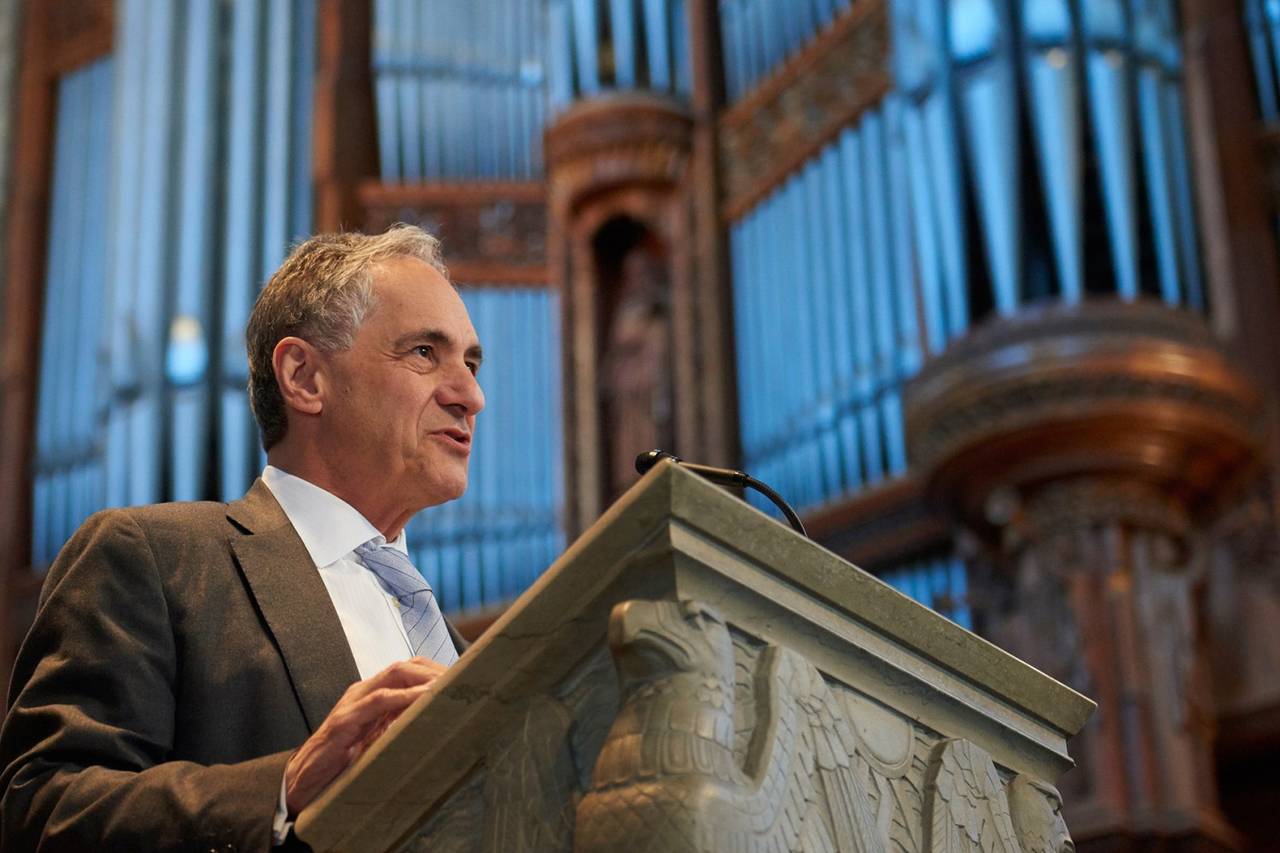 A growing number of colleges around the nation are taking steps to protect their students from ideas and words some find hurtful or upsetting. That protection includes a broad blanket of administrative support for things like safe harbors and bias response teams designed to investigate “micro aggressions” and “micro invalidations.”

That is how Douglas Belkin described the current status of campuses in the Wall Street Journal. However,


The University of Chicago has taken a different tack. In August it sent a letter to incoming freshmen telling them that “we do not support so-called trigger warnings, we do not cancel invited speakers because their topics might prove controversial, and we do not condone the creation of intellectual safe spaces where individuals can retreat from ideas and perspectives at odds with their own.”

We asked University of Chicago President Robert Zimmer why his administration sent the letter and what he sees as the role of universities in this time of social upheaval. Here are edited excerpts of the conversation.

WSJ: You have likened the current climate of intolerance for unpopular points of view on college campuses to the McCarthy era and efforts to ban the teaching of evolution. That’s pretty grim. Is it really that bad?

MR. ZIMMER: The main thing one always needs to keep in mind to contextualize all of these issues is the overarching purpose of universities. The purpose is to be a place that gives the most empowering education to students and creates an environment for the most imaginative and challenging work of faculty. Confrontation of multiple ideas and ideas that are different from one’s own is critical to this.

I think it’s very important not to allow universities to slip into an environment in which they are allowing a kind of suppression of speech, or are allowing discomfort with different ideas to create a chilled environment for discourse.


So without having to weigh what situation is worse and how serious is it relative to one thing or the other, I would just say that the issue on university campuses is important and serious and worthy of everyone involved—whether it’s university leaders or faculty or students—defending an environment in which the highest values and aspirations of universities can be fulfilled.

WSJ: You taught at the University of Chicago in the 1970s. Have the expectations of the students changed much since then?

MR. ZIMMER: From a nationwide point of view there has been a shift.

There is less of an expectation in many places that one is legitimately going to confront ideas that are fundamentally different than your own.

What you’re seeing is a kind of drift of discourse; you see actions by a lot of people which seem to indicate that they feel that they can, in fact, legitimately stifle the expression of others whose views they fundamentally disagree with. …