On The Tracinski Newsletter, the always accomplished Robert Tracinski has a post about Moral Equivalents. It is his look at the "Antifa" riots in Berkeley, following up on his coverage of the upheaval in his own town of Charlottesville (thanks for the link, Maggie). Also take a look at his take on what happened, President Trump's reaction, and how the event unhinged the left and made the Confederate statue controversy even more nonsensical.


The media spent the last two weeks, after the deadly riot in Charlottesville, denouncing the notion that there were two sides responsible for the violence and specifically praising the far left’s black-clad “Antifa” brawlers as freedom fighters who are saving us from Nazism. Then, on Sunday, Antifa was filmed attacking random people on the campus of the University of California at Berkeley, looking and acting exactly like a fascist militia bent on imposing rule by force.

This is a timely warning that the media is using the shock and horror of one evil, a newly brazen white nationalism, to panic us into submission to the horror of another evil.

For example, New York Times reporter Sheryl Gay Stolberg acknowledged the “hatred” with which the black-clad Antifa attacked their opponents, but then the Twitter mob pressured her to recant. In the old days, we used to speculate that reporters and commentators tailored their views based on what they thought would get them invited to DC and New York cocktail parties. Now they tailor their views to avoid the amplified gossip of random people on a social media platform. Decide for yourself which is worse.

But the new edict had been delivered by the vox populi of political Twitter, and everyone fell in line. The left has given up violence, having “cleansed itself through a painful process of introspection,” according to an opinion piece in the Washington Post. And even if they are violent, it’s just not the same thing, because they’re not motivated by “hate” when they club people over the head. They’re violent in a good way, and only against the bad guys. In fact, come to think of it, they’re just like the GIs who stormed Omaha Beach!

No, really, this actually became a meme, the most famous version of which came from The Atlantic‘s Jeffrey Goldberg.

Funny, I must have missed the part in Saving Private Ryan where Tom Hanks’s character is a radical socialist. Maybe it’s in the director’s cut.

After the media worked so hard to establish this new dogma, Antifa thugs repaid their courtesies by staging what can only be described as a violent takeover of the campus at the University of California at Berkeley. Ostensibly this was in response to a “No to Marxism in America” rally that never even happened. But it didn’t matter whether it happened or not. Antifa used it as an excuse to attack any passersby suspected of being white nationalists or merely conservatives or Trump supporters.

… Some of us have long warned that college campuses are becoming like one-party dictatorships, intolerant of any opinions or culture opposed by the left. But up to now, this cloying monoculture has largely been accepted and enforced through voluntary means. They chose conformity. Now the universities are becoming literal pockets of totalitarian rule—zones in which those with dissenting political opinions face the prospect of being beaten by an angry mob.

Actually, it’s more anarchic than that. The Antifa mobs weren’t stopping people to interrogate them about their political opinions. In one video a middle-aged man and his college-aged son are being attacked, and he starts by asking, in a bewildered tone, “What are you guys beating us up for?” The only answer he gets is a fist in the face, and that’s the only answer any of us are liable to get when Antifa comes for us.

Some in the media are starting to wake up. The same Washington Post that had recently explained to us how nonviolent the left is, suddenly is blaring unambiguous headlines like “Black-Clad Antifa Members Attack Peaceful Right-Wing Demonstrators in Berkeley.”

Vox took a peculiar middle path, declaring that beating up political opponents is bad, but not because it’s repellent in and of itself. It’s bad because it could lead to bad publicity: “such violence can reinforce right-wing views about the left.” Imagine that.

… [What the antifas' wider program is] is lust for power in its most elemental form: beating self-designated “enemies” as an end in itself, for the thrill of exercising physical power and coercion directly on the body of another person. It is how Orwell described the steady state of the perfect totalitarian system: a boot stamping on a human face, forever.

The conventional liberals have toyed with a similar motive in a much more diluted and genteel form. They have indulged in the ritual of casting everyone who disagrees with them as a racist and fascist in order to establish their own sense of moral authority by comparison. What they haven’t figured out yet is that this seemingly benign thrill of self-congratulation is just a weaker form of the same impulse, a diluted form of the lust for power. It starts with enjoying being part of a social-media mob that gets some guy fired from his job or forces some other guy into a groveling public apology in order to enjoy your own sense of power and authority as the imposer of these humiliations. But if you keep indulging this impulse, it ends with seeking the sense of control over others that comes from smashing your fist into someone’s face.

… The urge to denigrate people from other racial and ethnic backgrounds is a similar attempt to establish your own superiority by imposing humiliation on someone else—as well as a naked admission that you have no other way to demonstrate your personal merit.

Read the whole thing. And while you're at it, consider subscribing to The Tracinski Newsletter.
Posted by Erik at 13:29 1 comment: 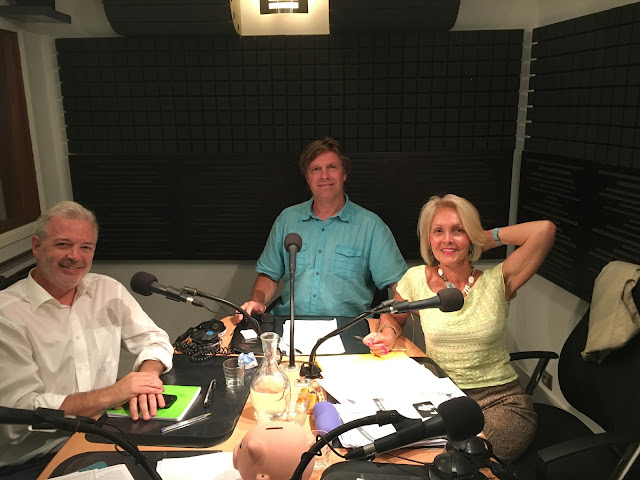