The (Medicine) Science Is Settled?! Some Gospel Treatments of Only 20 Years Ago Have Undergone Complete Reversals and/or Been Entirely Dropped 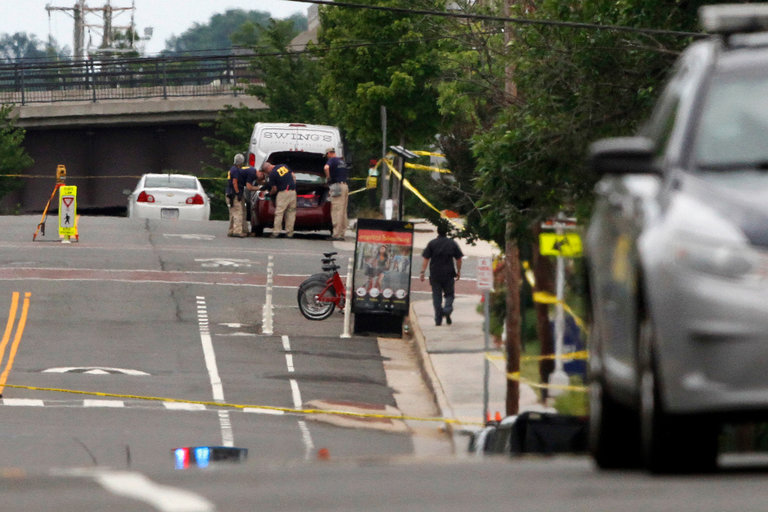 When, not too many years ago, I took a first aid crash course, I was astonished to learn that something once as central as mouth-to-mouth resuscitation had been entirely dropped from the first aid "kit" (I know, if I were a teenage boy — and girl — I would be using the word "disappointed" with winking smileys galore).

Dropped in favor of heart massage. (To the tune of, I am not making this up, Stayin' Alive…)

What does this teach us, if not that — and sometimes in the most astonishing ways — the science is never settled?

Take something requiring a far more professional intervention: as far as gunshot victims are concerned, the New York Times's Gina Kolata explains that today a patient


may undergo two to 10 operations, said Dr. Jeremy Cannon, a trauma surgeon at the University of Pennsylvania, and may remain in the hospital anywhere from days to several months.

Still, the are far better than in the old days, before the early 1990s, when surgeons tried to do all the repairs at once, operating for hours at a time.


In a study that changed medical practice, surgeons found that trauma patients with the most severe abdominal injuries who received one long operation had just a 15 percent survival rate. But those with the same sort of injuries who got multiple operations to repair the damage had a survival rate of 77 percent.

The lesson for surgeons is that long operations can be fatal to trauma patients. “The body can only take so much,” said Dr. Thomas Scalea, a trauma surgeon at the University of Maryland School of Medicine. Surgeons now employ the multistage approach.

These days trauma patients who do not bleed to death right away usually recover, said Dr. Sean Montgomery, a trauma surgeon at Duke University.

After 20 years as editor of the New England Journal of Medicine, this is her conclusion. pic.twitter.com/aqTR14n1KQ
— Rob Schneider (@RobSchneider) July 17, 2017

Besieged by the tolerance bullies: If we’re ever to roll back this insanity we’re going to have to show some solidarity with the victims of homofascism and transfascism

notes Benny Huang (thanks for the link, Maggie)


—really fast. This high school track star is so fast that he recently claimed the titles for the 100-meter and 200-meter dashes at the Connecticut state championship.

The secret to his success? He’s a boy who competes against girls. That’s it. This kid “identities” as a girl and no one is willing to say that he’s not. He runs against girls and beats them every time which is quite fortuitous considering the fact that he would have placed last in the Connecticut state championships if he had been competing against other boys.

Andraya is not slight or effeminate. Anraya is not undergoing hormone “therapy” and he has not had his member lopped off—not that any of those things would render him female. He’s endowed with the physique of a dude and he’s even got a mustache—albeit a cheesy high school mustache but a mustache all the same. Andraya will likely return to the state championships for the next three years and he will no doubt be significantly stronger and faster than he is now which is already stronger and faster than the girls he’s competing against. They don’t have a chance.

“It feels really good,” he said. ”I’m really happy to win both titles. I kind of expected it. I’ve always gotten first, so I expected it to some extent… I’m really proud of it.”

Yeah, he’s really proud that he left a bunch of girls in his dust. It’s no wonder he’s so proud—the media is predictably heralding this fraud for his “courage.”

What’s perhaps most interesting about this story is the reaction of the second place runner, Kate Hall, who is a devoted student athlete from Stonington, Connecticut. As far as I’m concerned she was the real winner of the 100-meter race and she has legitimate grounds to complain about being robbed of that victory. Yet she refuses to air her gripes publicly. Said Ms. Hall to the Hartford Courant:


“It’s frustrating. But that’s just the way it is now … I can’t really say what I want to say, but there’s not much I can do about it. You can’t blame anyone.”

She can’t say what she wants to say? She can’t blame anyone? Why not? Who’s going to stop her?

I think we all know the answer to that. Transgenderism is the newest frontier in “civil rights,” the long awaited “T” in that LGBT acronym everyone’s been using for about fifteen years. Every inch of progress that this movement has made has been gained through intimidation. First, they soak dissidents with shame, then they make them feel isolated, then they bombard them with dispiriting propaganda. Their opponents are left believing that they can do nothing to stop this movement’s inevitable forward motion. They learn to keep their heads down and their mouths shut. Nearly everyone sees that this is utter madness but no one will stand up and declare that the emperor has no clothes.

Kristen Quintrall Lavin is a fairly good example of this. She’s the resident blogger at “The Get Real Mom”, a blog about motherhood. This liberal, 30-something, West Coast mother prides herself on being tolerant which might explain why she began her post about a man she encountered in the ladies room at Disneyland by assuring her readers that she’s not one of those “homophobic mothers lashing out at Disney.” Transgender people don’t bother her at all, you see.

Except when they’re in the bathroom with and her and her young son and when they don’t look sufficiently feminine. The particular man who wandered into the ladies room that day caused Ms. Lavin alarm because he made no effort to adopt feminine accouterments; ergo, he must not have been truly transgender. “Ok there is definitely a very large, burly man in a Lakers jersey who just walked in here. Am I the only one seeing this?” she thought.

Actually, she wasn’t the only one who noticed the man and she wasn’t the only one who was distressed. But no one made a peep. She wrote: “We were all trading looks and motioning our eyes over to him…like ‘What is he doing in here?’ Yet every single one of us was silent. And this is the reason I wrote this blog [post]. If this had been 5 years ago, you bet your ass every woman in there would’ve been like, ‘Ummm what are you doing in here?’, but in 2017? The mood has shifted. We had been culturally bullied into silence. …” …

How satisfying it is to hear about a liberal getting a small taste of her own bitter medicine. Now she knows what it feels like to be “culturally bullied into silence,” something that I experience on a near daily basis. It seems obvious that this incident at Disneyland was the first time she had ever been on the receiving end of this kind of silencing tactic and she clearly didn’t like it.

But her writing also makes clear that she’s accustomed to using the same tactic against others. The lengthy disclaimer at the front end of her blog post tells me that she still thinks it’s appropriate to label and shun actual “homophobes” and “transphobes.”

… Still, it’s difficult to imagine this woman’s predicament without sympathizing with her just a little bit. She makes a very good point—that our culture has changed so rapidly in recent years that women are now left feeling helpless when burly men enter their private spaces. The women feel as if they have no backup because, let’s face it, they don’t. Everyone’s been cowed into submission, including Disney and probably including their husbands. Years ago that man in the Lakers jersey would have been knocked upside the head with a dozen or so heavy purses but these days that’s a “transphobic” “hate crime.” Literally. If a woman tried that today she would probably spend years in jail and have her face plastered all over MSNBC.

If we’re ever to roll back this insanity we’re going to have to show some solidarity with the victims of homofascism and transfascism, which are so inexorably linked that they cannot be separated. We’re going to have to let people like Kristen Quintrall Lavin and Kate Hall know that they are not alone. It would make all the difference in the world if they knew that they wouldn’t be left to twist in the wind when the bullies attack. People can’t be “culturally bullied into silence” when their community has their back.

Consider for a moment how the Connecticut state track championship might have played out differently if Kate Hall had known that she had the support of her coach and her parents. I think she might have told that reporter the truth—that an ineligible boy had stolen what was rightfully hers. But that would mean that her parents and her coach would have to have some courage too, which they clearly don’t. In their defense, it’s probably more difficult for them to speak up because they have jobs and can be fired. Going after people’s livelihoods is a favorite tactic of the homofascist Left. So her parents and her coach would need to know that they too would have the support of the community, particularly their employers, if they were besieged by the tolerance bullies. And on and on it goes, moving outward in concentric circles of mutual support away from the person who needs it most.

But we don’t do that for each other. When someone says that a boy is a boy is a boy, no matter how that boys feels about it, that person is almost guaranteed to get pummeled. Too often we turn our backs on that person lest we get pummeled too. Our silence enables them. And that is why the bullies always win.