What Explains the Lack of a Red Wave in the 2022 Mid-Terms? 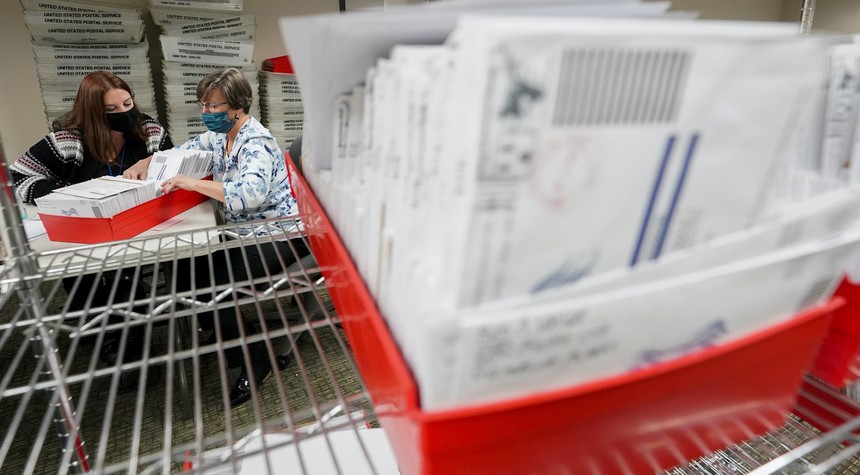 1) The best explanation for the sorry fate of the Republican Party in the mid-terms of 2022 comes from the always genial Tucker Carlson via PJ Media. Matt Margolis points to the Fox News host's insight into the single issue which Explains the Lack of a Red Wave More Than Anything Else:

There are many theories about why the elections played out as they have. Many believe it was a lack of quality candidates, or the issue of abortion, or even Donald Trump. But on Wednesday, Tucker Carlson of Fox News offered his explanation for the Republican Party’s dismal midterm election results despite a favorable environment — and it makes perfect sense.

“[T]he mechanics of an election. They matter. In fact, they matter sometimes more than any individual running in the election. The way people vote makes a big difference to the outcome,” he explained.

“Two and a half years ago, the last administration, its Republican allies in Congress, watched passively, seemingly in glassy-eyed sedation as the Democratic Party used the pretext of COVID to rewrite election laws around the country in order to get its own candidates into office. They didn’t do it by accident. They knew what they were doing” [Carlson declared]. “Last night those laws, many of which are still on the books, paid off generously. John Fetterman bombed in his one public debate. You saw it. He humiliated himself. He made a mockery of the election, but it didn’t matter by that point.”

Polls showed a surge of support for Dr. Mehmet Oz after Fetterman’s disastrous debate, and most polls in the final days of the campaign had Oz ahead. It appeared that Fetterman’s goose was cooked, but while he was hiding from the public for months, the local party was banking early and mail-in votes.

“Thanks to early voting, Fetterman’s margin was already in the bank. Nearly 70% of Democrats had voted early in the Pennsylvania races. Only 20% of Republicans did” [Carlson continued].

2) Incidentally, have you noticed that for once, the leftists haven't made a big deal out of how the popular vote should trump all other voting systems (like the USA's electoral college, etc…)? Wonder why that is? Guess what: That's because the popular vote was won by the GOP! (That's right: the "principled" Democrats only protest loudly about said principles when it benefits their party…)

According to the Cook Political Report, as of Thursday morning, Republicans took 52.3 percent of the popular vote in the 2022 midterms, compared to the Democrats’ 46.2 percent

3) Tucker's Fox News colleague Jesse Watters adds that Democrats created a system focused on ballots, not votes (It's not about persuasion anymore, it's about Democrats getting as many ballots as possible):

Elections used to be decided on election night. "American Idol" can handle millions of votes in a commercial break, but it takes Arizona, Nevada a week? None of it makes sense because they don't want the system to make sense. The longer some of these races drag out for, the better it is for Democrats because they've created a system centered around ballots, not votes. It's not about winning your vote anymore. It's not about persuading you. It's about flooding the state with as many ballots as possible and getting them filled out Democrat.

Related: • Déjà Vu All Over Again in the Banana Republic of Biden:
No, the Democrats did not run better campaigns; they cheated, as usual
• Of the 47 countries in Europe today — the nations and the continent that the Democrats are always telling us to emulate — 46 of them currently require government-issued photo IDs to vote


More Related: • What Is Behind Trump's Attack on DeSantis? Has He Lost His Marbles or Does He See Things the Rest of Us Do Not — Such as the Florida Governor Being Set Up as a Stool?
• Joe Biden, Why Are You Calling Denmark a White Supremacist Country? And You, Barack Obama: Why Are You Calling Africa a Racist Continent?
• Our élites constantly lecture everyone about "disinformation," about "big lies", etc; They're the biggest liars of all, with zero accountability
• Democrats don't support voter fraud; they just worry about disenfranchising the deceased
• Voter ID: Apparently not allowing minorities to cheat is a form of racial oppression
• Let’s dispense with the myth that liberals are really against voter fraud; Voter fraud is actually an essential part of their election strategy
• If the Democrats learned anything from their 2016 debacle it’s that they didn’t cheat nearly enough
• Isn't America Being Governed by a Mafia Family Dynasty, setting things up so that there will always be Democrats in power?
• Inside of a month, Democrats have redefined riots and election challenges from the highest form of patriotism to an attack on democracy — And by “democracy”, they mean the Democrat Party
• Voter Fraud: A Note to Leftists Who Claim that "Not a shred of hard evidence has been produced"
• Dennis Prager: The Numerous (and Sweeping) Anomalies Regarding the 2020 Election That Cannot Be Ignored 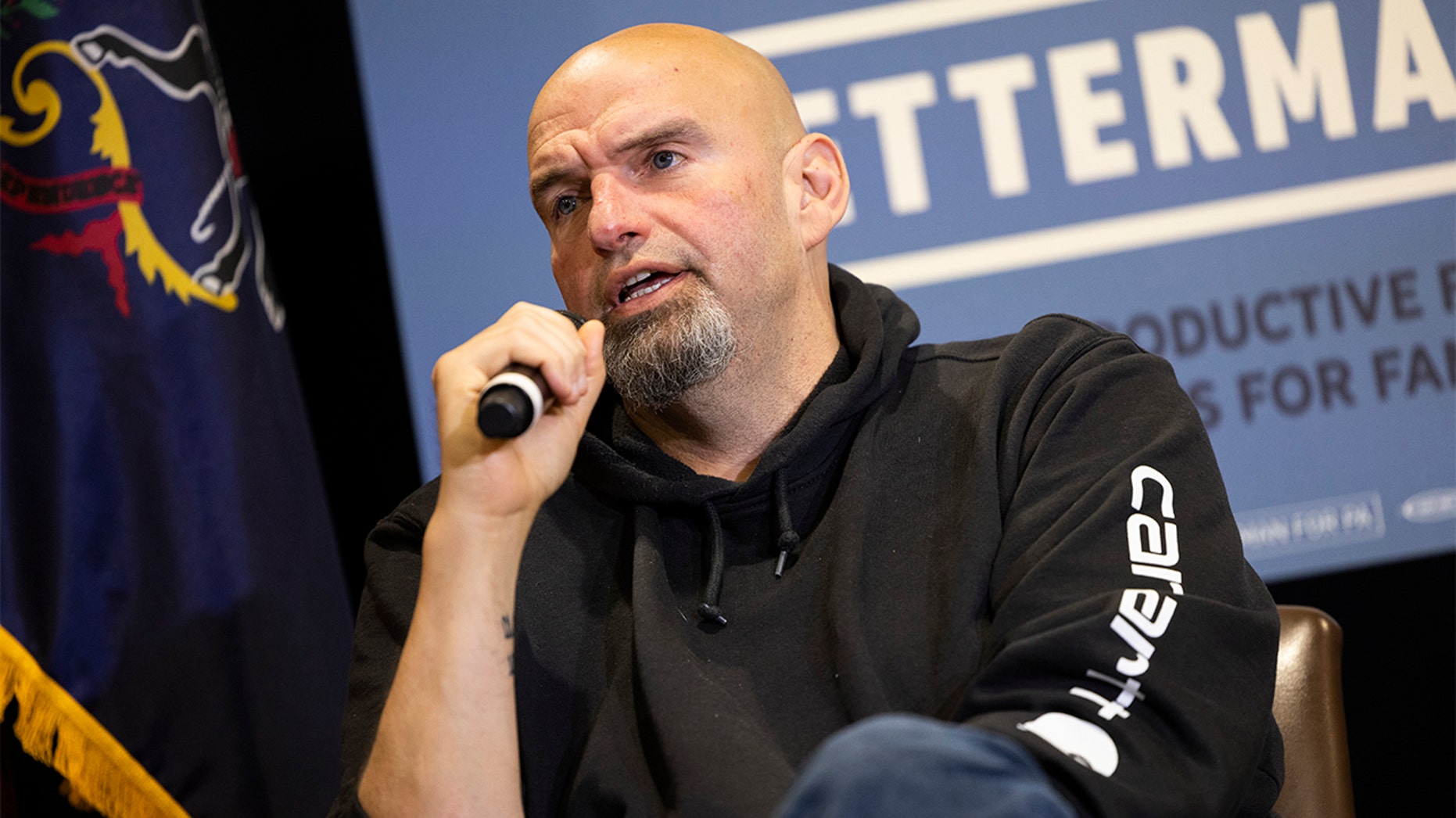 Despite America's Cuban Embargo, the Main Supplier of the Island's Food Products is None Other than… the USA Itself As we commemorate (or ought to commemorate) international Victims of Communism Day, note that last week, a member of Republicans in France (RIF) was a guest on the English-language version of France 24 for a debate on the Cuba embargo: Why does the US continue to reject UN moves to end it? Needless to say, in the debate produced by Antonia KERRIGAN, Alessandro XENOS, and Mark OWEN, the conservative was, as usual, outgunned, not least by the "moderator" himself, but Erik Svane fired back at that the drama queens with both barrels…

Among the guests were :

Now 60 years old, the trade embargo on Cuba has been perpetuated primarily at the behest of Washington. When it was imposed in 1962, John F. Kennedy was US president and Fidel Castro was the revolutionary leader of Cuba: a Communist too close for comfort for Washington at the height of the Cold War. Arms sales to Havana had been banned four years earlier and Cuba leant on its major ally, the Soviet Union, to fill the gap. Our panel discusses why the embargo remains in place today and if there is any hope of lifting it.


Thanks to myself, notably for an article I wrote almost 20 years ago, Romanticists Overlook Allende's Many Faults, the second half of which included a discussion on Cuba, notably Gustavo Arcos Bergnes's New York Times article, A Prisoner Becomes A Warden…
Posted by Erik at 17:44 No comments: