We live in hard times. This is a hard, hard time for the Republic.

We live in the era of the Drama Queen.

We have been digging ourselves deeper and deeper into that era for the past fifty years.

We have been in the midst of the triumph of the drama queens and the Chicken Littles and the other arrested-development adolescents since the 1960s, with the movement reaching its zenith with the 2008 election.

Ain't that true? Can't the biggest drama queen of all be found in the White House? [Barack Obama]

When the Republicans won the 2014 elections, they didn't realize that this was actually manna in heaven to the top drama queen of them all.

— I will defend the poor innocent martyred immigrants against the monstrous Republicans, against the ignominious inhabitants of Middle America!

— I will defeat the aggressive and clueless warlike policies of the despicable Republicans, regarding the relations with (say) Russia or Cuba, provide a reset, and open an era of peace and prosperity and friendship with those poor, misunderstood nations!

— I will fight for the American people tenaciously, by attacking the nation's, indeed the world's, main enemy, its only enemy (no, not Isis, not Al Qaeda, not the Russians, not the Chinese, not the Iranians, not any foreign dictator), and that as relentlessly and as often as I can — the contemptible members of America's Republican Party and the clueless average American citizen.

Anything that will provide food for drama, for a crisis, may, and will, be used.

In no sense whatsoever is there the slightest value in unity.

Creating chaos is their raison d'être.

War, and crises, with the opposition must be used all the time, and no event may occur without it being used for political advantage.

All these battles in Congress makes Obama happy. He has created his crises, one after the other. He appears as the knight in shining armor come to save the American people.

With the Homeland Security shutdown, you have to wonder if nothing would make Obama happier if there was a terrorist attack on some place in America. He could blame it, would blame it, on the Republicans. And the media would gobble it up.

Why? Because journalists are drama queens too (they have to be, that is how the "newsmakers" survive). That is why so many of them are Democrats, while that is why so many leftists go into the news business in the first place (I want to fight for the little man).

(And why do the drama queens, in- or outside the media, hate conservatives? Republicans? Fox News? Where does their sense of anger, and revulsion, at Dubya, and Reagan, and Sarah Palin, and Glenn Beck originate? The main reason is because the latter are, they were, happy people with a smile on their face, who take pleasure — indeed, pride — in their country, and who are not constantly outraged at everything around them.)

Does Obama deserve to be impeached? Want to impeach Obama?

You know what? Nothing would make Barack Obama happier than to be impeached. Then there would be another drama, another one at which he would be the center, and one which could be milked to increase the fortunes of the Democrat Party.

Obama wins all the time.


Related: The Modus Operandi — The Vicious Circle
of Crises, Or, How the Drama Queens Operate

PS: Do I doubt that Obama is patriotic and loves America?

This is the American Dream as far back as the 1770s.

This is the America that statists like Obama wanted to "fundamentally transform."

There is nothing Obama resents more than the America where its citizens are independent of the politicians, the élites, and their ever-growing armies of bureaucrats (there to "help them").

The founders' vision was the dream to be rid of Drama Queens — certainly, the dream that we should be rid, that we could be rid, of those drama queens who are in positions of power to rule, or who wish to rule, over us.

Since then, drama queens at home and abroad have done all in their power (Norway's 2009 Nobel Peace Prize, f'r'instance) to make America a Drama Queen-run nation… 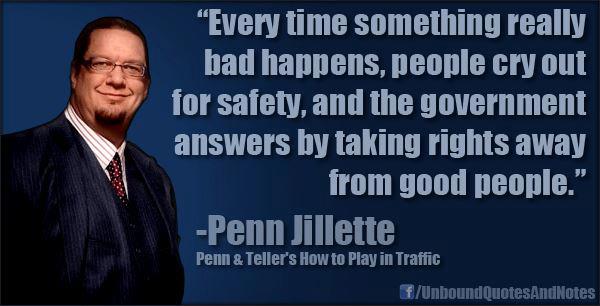 The only good cop is a dead cop: If Obama had an older sister she’d look like Assata Shakur

Since the Obama Administration announced its intentions last month to normalize relations with the “workers’ paradise” of the Caribbean, Governor Christie has asked the administration to put pressure on Cuba to extradite Joanne Chesimard, also known by her African nom de guerre Assata Shakur,

a black militant convicted of murdering state trooper Werner Foerster. She escaped from prison in 1979 and later fled to Cuba where she has been sheltered ever since.

The Obama Administration seems to be paying lip service to the Chesimard issue, claiming that “the return of fugitives is one of the issues on the U.S-Cuban agenda,” according to a USA Today article from David Jackson. Frankly, their reassurances sound like more of this administration’s empty promises. The State Department should demand that Chesimard be extradited as a precondition of diplomatic negotiations. I say this as someone who believes that our “talk to the hand” foreign policy toward Cuba needs to change. We should absolutely open up to Cuba, but we can’t have relations with them while they harbor miscreants like Chesimard.


Yet I won’t hold my breath waiting for President Obama to press his advantage to bring a cop killer to justice. After all, if Obama had an older sister she’d look like Assata Shakur, which tells me that Obama will side with her by default. He doesn’t have all the facts, nor does he ever, but he knows that the police acted stupidly…or something.

… President Obama is undoubtedly cut from the same reflexive, cop-hating cloth as the congresswomen [Maxine Waters and Barbara Lee, both Democrats from the People’s Republic of California, were actually embarrassed to have voted for a 1998 resolution calling upon Cuba to extradite Chesimard], if only a little more cagey about it. I predict that he will purposely fail to bring Chesimard to justice and then pretend that he tried his hardest but it just wasn’t meant to be.


President Obama is (or was), after all, a close friend of Bill Ayers, a left-wing terrorist whose Weather Underground group bombed NYPD headquarters, among other acts of terrorism targeting police. Obama has repeatedly denied the relationship, insisting that Ayers was just some guy in the neighborhood, but Ayers himself described Obama as a “family friend” in an updated edition of his terrorist memoir “Fugitive Days” that was published after Obama was safely elected in 2008. In the same book, Ayers also admitted hosting an Obama fundraiser at his home, something which Obama supporters had dismissed as right-wing conspiracy theories.


Ayers belonged to a movement that spoke openly of “offing pigs,” rhetoric that was not unusual in the late 1960’s and early 1970’s. This fact has been erased from history so that the era could be remembered as a time when utopian peace activists employed nonviolence to defeat the skull-cracking reactionary establishment. But it wasn’t all peace and love. As the Yippee prankster Abbie Hoffman once said, “I think killing a cop can be an act of love.” This from a man who was a squishy liberal compared to the Weather Underground and Black Panthers. The fact that Hoffman could say that and still maintain his good standing with the progressive community speaks volumes.


The quickest way to achieve celebrity status among chic leftists is to blast a cop. Ray Luc Levasseur, Leonard Peltier, Huey Newton, and Mumia Abu Jamal are but a few of the Left’s favorite cop killers. Most leftists would never touch a police officer, of course, but only because they’re chicken excrement, hence all of the jock-sniffing they do when they find an actual cop killer. They’re like teenage girls at a Beatles concert circa 1964, only not nearly as composed.

… Even supposed examples of unwarranted violence by police, cited by leftists as part of a pattern of police brutality, are actually examples of violence against police. Poor Michael Brown, the “gentle giant” of Ferguson is dead today because he tried and failed to murder a patrolman with his own gun. Yet Brown is portrayed as the victim, his myth padded with now debunked lies about being shot in the back while his hands were raised. When the Left inverts reality to the extent that a cop is guilty of murder because he fought for his life when someone else was trying to murder him, that tells you a lot about how these people think. The only good cop is a dead cop.

… The belief system of the Left today is so twisted and bloodthirsty that it excuses and even glorifies those who gun down police officers.


NumbersUSA Education & Research Foundation is a non-profit, non-partisan organization that favors an environmentally sustainable and economically just America and seeks to educate the public about the effects of high levels of immigration on U.S. overpopulation, the environment, jobs, and wages. We use government data to conduct research on the impacts of U.S. population growth, consumption, sprawl, and current levels of immigration and educate the public, opinion leaders and policy makers on the results of those and other studies.

Ready to Unwind After a Hard Day's Work? Do as the Muslims Do…

Tired of the day's travails?

Okay, take any hats off your head.

Get one hand (high) up in the air.

And here we go!

WARNING: Before you hit play and watch this, swallow
any liquid (coffee, etc…) that may be in your mouth

(FYI, this Muslim Rave Party earned a post on No Pasarán 8 or 9 years ago,
but I was never able to find it again. Thanks to RV for unearthing it on Youtube.)
Posted by Erik at 22:19