Here Comes Superman, Like a Speeding — Wait a Minute! 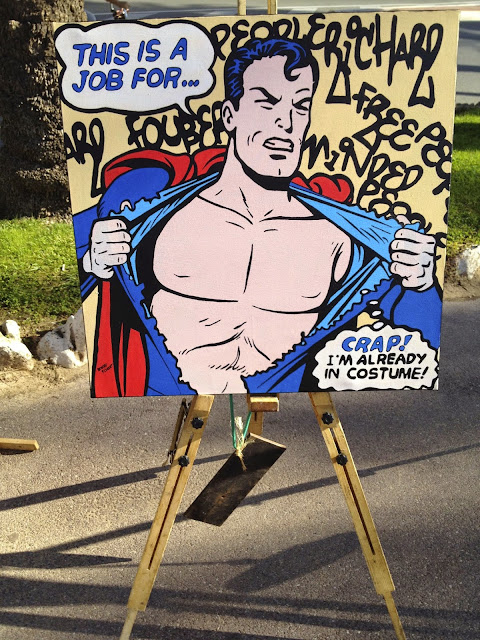 A Richard Foubert painting on La Croisette in Cannes
Posted by Erik at 20:45

From the Daily Telegraph, we are treated to Festive winter fun in times gone by
Posted by Erik at 11:42

See if you can figure out what is wrong with Johnny Clark's AP story on the anniversary of the premiere of the film based on Margaret Mitchell's best-seller:


Seventy-five years after the premiere of the movie "Gone with the Wind," research is shedding light on the racial tensions that existed at the time between the producer and city of Atlanta officials.

… "Producer David O. Selznick was upset that Hattie McDaniel would not be invited to the Atlanta premiere," said [Emory University film studies professor Matthew Bernstein]. "He argued over and over that she should be allowed."

… Selznick was guided by the office of Atlanta's then-mayor William B. Hartsfield. It was Hartsfield that originally reached out to Selznick to bring the premiere to the city.

But due to the racial segregation laws in the Jim Crow south, none of the movie's black stars were allowed to attend the premiere or even be included in the movie's promotional program. McDaniel did attend the Los Angeles premiere and was featured in the program.

"Selznick, because he was Jewish, was very mindful of the persecution of the Jews in Europe in the late-1930s under Nazism," Bernstein remarks. "And he saw an analogy between that persecution and the life of African-Americans under Jim Crow, especially in the South."

Can you figure out what is wrong with the story? It's in the last paragraph, in the Emory University film studies professor's remarks, and it may refer to a significant detail that Selznick himself may not have been aware of.

Have you re-read the para? Can you find it?

Okay; there are actually several problems.

I am just pointing out that one distasteful policy is (far) less distasteful than another distasteful policy. Note that the Emory University film studies professor Matthew Bernstein manages to avoid mentioning the word "segregation" for a more general term — "the life of African-Americans" — to compare the persecution of the Jews to, in order to make it easier to put America (or the South) on the same level, or close to the same level, as Nazi Germany.

You still object? You still think I am defending something that is indefensible?

Okay. Let me go ahead and accept that. But you ought to watch out; because here is where we go to the bigger problem:

The name of the party that defended slavery, that tore apart the Union in the defense of slavery, that instituted Jim Crow laws, and that ruled over the South as long as the anti-democratic laws were in place — the word Democrat (party) — cannot even be found in the article. Not once.


In the liberal telling of America's story, there are only two perpetrators of official misdeeds: conservatives and "America" writ large. Progressives, or modern liberals, are never bigots or tyrants, but conservatives often are. For example, one will virtually never hear that the Palmer Raids, Prohibition, or American eugenics were thoroughly progressive phenomena. These are sins America itself must atone for.

… Liberals are never responsible for their historic misdeeds, because they feel no compulsion to defend the inherent goodness of America. Conservatives, meanwhile, not only take the blame for events not of their own making that they often worked the most assiduously against, but find themselves defending liberal misdeeds in order to defend America herself.