As Le Monde commemorated 911 on the tenth anniversary of the attacks, Plantu was back in his usual style, with a full page inside Le Monde Magazine bringing back 10 years of cartoons that belittle the human toll; or that suggest that Uncle Sam deserved whatever it had coming; or that compare the 2011 attacks of September 11, 2001, to Pinochet's coup d'état in Chile on September 11, 1973. 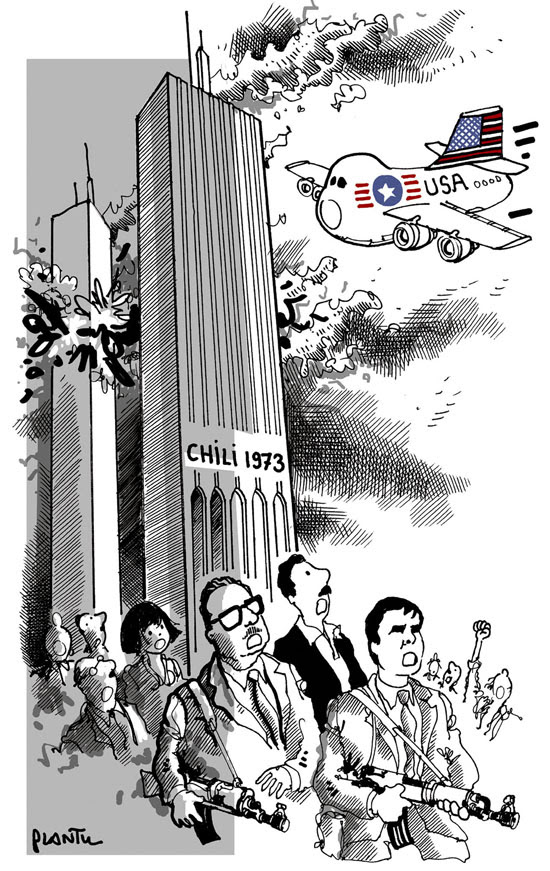 So No Pasarán is looking back at 10 years' worth of posts (six or seven, really) as well and checking out what it has been saying on the subjects so dear to the hearts of leftists everywhere. 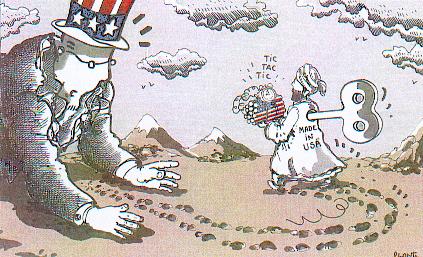 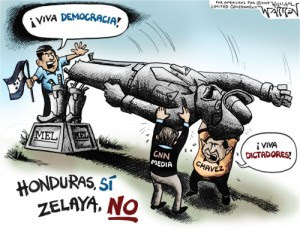 3) … isn't it true that one of the most pervasive superstitious beliefs of the ever-so-rational leftists concerns the attacks on September 11?


Isn't One of the Left's Fundamental "Rational" Beliefs About the Events of 9-11 Closely Related to Superstition?

(Part 3 of Devotees of Science Versus Followers of Religion — Are Only the Latter to Be Taken to Task for Their Alleged Superstitions?, October 25, 2016)

How many times did we hear after 9-11 that this was America's comeuppance, its punishment, notably for what happened in Santiago on September 11, 1973? Ils l'ont bien mérité!

This is what is referred to as poetic justice. But isn't it true that you have to wonder what poetic justice means actually, and not bring it out whenever you feel that argument can serve your designs?

Allow me to give you a personal example of poetic justice. In a plane waiting on the runway one day years ago, I witnessed a passenger who loudly demanded, in no uncertain terms, to be allowed to change seats immediately. The flight attendant was busy for preparing the plane for takeoff, and to wait until the plane was in the air, but the youngish man said he could not stand crying babies, there was one a few seats behind him, and he wanted a change of seats — now. Finally, she gave in and placed him in another seat. What she hadn't realized, as the plane was preparing for takeoff, was that another baby would start crying just then — far louder and far closer to the man than the other toddler had been. And as the flight attendant walked down the aisle, she couldn't help it, she was grinning from ear to ear. As were I and all the passengers who had witnessed the exchange.

This is poetic justice. Poetic justice is not the passenger's sister happening to sit next to a crying baby five months later. Or the passenger's son missing a flight five years later. Nor is it another, totally unrelated in any fashion, passenger from the same city as the arrogant young man, albeit neither family member nor friend or acquaintance, being forced to sit next to a vomiting fatso 20 years after the fact.

For the question needs to be asked, then, who, or what, is/was behind this revenge, this poetic justice?! This is the question you are not supposed to ask! Or even think about!

Who, then, or what, is this entity that wished to punish America for 9-11?

I ask this of people, remember, who scoff at the existence of (a) God and of the Devil.

Is it Mother Nature? Gaia?

Alright, if Gaia and/or Mother Nature is/are so wise: answer me this: Why use Muslims in the four planes?  Why Muslim fundamentalists? Why not Chileans? Or at least Hispanics?

Why punish people in the World Trade Center, the vast majority of who probably knew little to nothing about South American history (recent or old)?

As you can see, to call the 911 attacks the revenge, or the poetic justice, of Gaia or of Mother Nature — or even to call them (why not?) the vengeance of God the Father as described in the Bible — doesn't make much sense when one spends some time thinking about it.

On that date, in 1973, General Pinochet overthrew Chile's President Allende.

This is supposed to make us think. Hard.

As I have written elsewhere,

This symbolism makes as much sense as noting with alarm that our 40th president sported three names with six letters each, supposedly marking the alleged number of the beast.

(If any association with September 11 should be made — with regards to the 2001 attacks, that is, not the 1973 coup — as several readers have pointed out to me, it would perhaps make more sense to call up the 1669 defeat of the Muslim armies besieging Vienna, bringing an end to the Ottoman advance into Europe.)

But what it all boils down to this: for symbolism to have any kind of meaning, it needs to stay close to its subject and, in my opinion, reflect on the better angels of our nature. What it should especially avoid is collective guilt, not least because that collective guilt is necessarily one-sided, i.e., used exclusively against Americans and their allies (or, historically, by any group against any group's alleged enemies).

For instance, it would probably not be too difficult to search through Chilean history and find some kind of tragedy (nation-wide or otherwise) on a September 11 that proved that the 1973 coup d'état was the Chileans' punishment for the earlier disaster (notwithstanding the fact that many believe that Pinochet's coup averted a far worse catastrophe for the country). In another example, which is actually far more coherent than simply noting a similarity of dates, many state that every setback by Bush or by a Bush ally amounts to (well-deserved) punishment for sending troops to Iraq, but because members of the Coalition of the Willing keep winning elections, this symbolism is discretely ignored. (I call this the wait, wait, wait syndrome.)

So, anyway: we know the date that Pinochet grabbed power in 1973.

But what was the date that he relinquished power?

What was the date in 1990 that Pinochet handed power back to a civilian government? 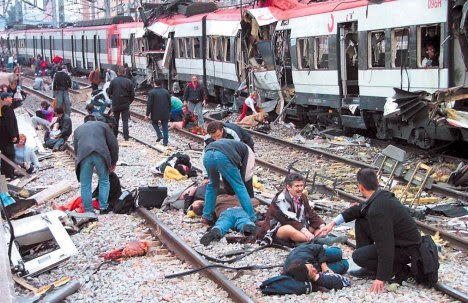 Somehow, we are led to believe, the wholescale murder of 3,000 people in New York and Washington would not, or might not, have occurred had a strongman with no link to (and probably wholly unknown to) the perpetrators not grabbed power on that same date 28 years earlier.

What is the wholescale murder of 193 people in Madrid supposed to mean? That it would not have occurred had that same strongman not handed power back and had he remained in power 14 years earlier?

• The Legend of the Squandered Sympathy
Posted by Erik at 21:12 No comments: