How Much Fake News Is There in the BBC's Report on the Argentine Football Team's Refusal to Play Israel? 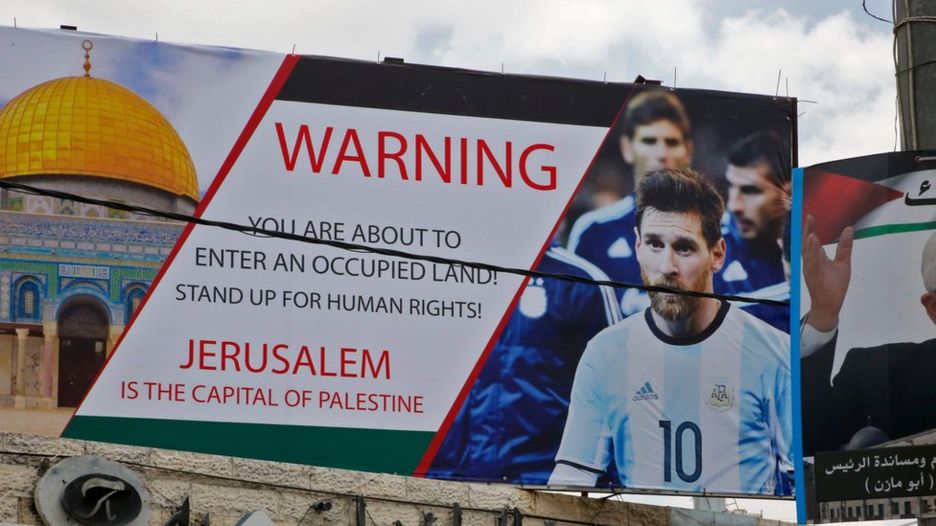 After reading the BBC's report on Argentina cancels Israel World Cup friendly after Gaza violence, my first reaction was that I wouldn’t be surprised if there is fake news involved in the reporting of this. Offhand, Argentina's leader and government ain’t known to be bad guys…

Read between the fake news lines, and I’m pretty sure that when

the conversation was far from short and Argentina’s president was in fact being honest as well as contrite and even apologetic.

However, the Beeb makes it sound like he is standing up to the horrid leader of Israel, strong like a rock and eager to bring the conversation to an end and hang up the phone, and like the Argentine nation is united in this admirable (sic) position!

Keep reading: the same comment can be made for the following sentence:


Argentine Foreign Minister Jorge Faurie said he believed his country's footballers "were not willing to play the game".

Isn’t that the gist of the story?

The footballers alone (well, some of the team members, at least) — men who are renowned for (ahem) their profound intelligence and deep understanding of international relations — made the decision, i.e., perhaps two dozen citizens of the Argentine nation (pop. 44 million), and the politicians (rightists who would not corner much respect from artists and sportsmen in the first place) were unsuccessful in their efforts to get them to budge.

Go back to first paragraph:


Argentina has cancelled a football World Cup warm-up match with Israel, apparently under pressure over Israel's treatment of Palestinians in Gaza.

Under the pressure of whom did Buenos Aires cancel the match?!

Not the international community, apparently, nor the Palestinians or the Arabs, but under the pressure of its own football team, which left it no choice.

The Palestinians and their allies got something right:


In Ramallah in the occupied West Bank, the Palestinian Football Association issued a statement thanking Argentina striker Lionel Messi and his teammates.

… The campaign group Avaaz, which had called for the game to be cancelled, praised Argentina's football team for what it called a "brave ethical decision".

To this,  Daniel Aronstein (who brought the BBC report to my attention) disagreed vehemently, replying as follows:


this is not a private professional team; therefore placing blame on the cowardly appeasing antisemitic shits in the argentine govt is proper. I like macri's domestic economic policies, so far. but on this he and his comrades are shit. the argentine deep state covered up their complicit involvement in the iran/hizballah terror attack and the murder of nissman who was about to expose it. they are shit. they have decided to support islamoterrorists instead of israel genesis..... (12:3 is operative. as the usa is prospering at a 5% growth rate since moving embassy to jerusalem. so now argentina will descend.)

That would be disappointing…

AFP (no friend of Israel, the USA, or the right), however, has this (gracias por Stephen Green):


Israeli media said that late Tuesday Prime Minister Benjamin Netanyahu called Argentine President Mauricio Macri, with whom he has good relations, in an effort to save the match but that Macri had said he was unable to intervene. …/…

Argentine Foreign Minister Jorge Faurie said before confirmation of the game's cancellation that he believed his country's players had been reluctant to travel to Israel for the match.

"As far as I know, the players of the national team were not willing to play the game," Faurie said.

The status of Jerusalem, always a key sticking point in the Israeli-Palestinian dispute, surged back to centre-stage when Trump tore up decades of US policy [don't you love the AFP's choice of words and expressions?!] to recognise it as Israel's capital in December.

The juxtaposition of the law-breaking, but melodious, Obama administration next to boisterous and rowdy Trump presidency teaches us a lesson about our own moral blindness

[The] weird juxtaposition of the vacuous and often law-breaking, but melodious, Obama administration next to boisterous and rowdy Trump presidency has taught us a lesson about our own moral blindness.

Both our media and popular culture, as well as our cultural elite, value style far more than substance. Adroitly breaking the law is preferable to obeying it in uncivilized fashion. Boorishly bragging nonstop about 3 percent economic growth and below-4-percent unemployment is deemed far worse than contextualizing in professorial tones a stagnant economy that in eight years never achieved 3 percent annual growth.

Credentials empower illegality; their mere absence is seen as almost illegal in itself.

Lawlessly “presidential” is a misdemeanor; lawfully unpresidential, a felony. A bankrupt agenda delivered by experts is sanctified; an effective one packaged by amateurs is heretical.

Having engaged in illegality during the Obama administration is better on a résumé than following the law in a Trump government.

And yet still, this one constant keeps reverberating throughout the hysteria: Our elite always values the messenger over the message.

The façade of Camelot exempts empty lawlessness in a way that Queens-accented boosterism seems to nullify real achievement.

That is how Victor Davis Hanson concludes his National Review piece (thanks to Ann Althouse and Instapundit's Glenn Reynolds).


Call the Trump paradox “crass lawfulness.” What drives Trump’s critics nearly crazy is not any evidence that Trump has broken federal laws per se. Instead, their rub is that there are somehow no criminal statutes against a president boorishly acting “unpresidential” in his loud quest to supercharge the economy, while undoing the entire agenda of his predecessor, who was so dearly beloved by the media, universities, Hollywood, and identity-politics groups.

Certainly, President Obama’s teleprompted speeches were mellifluous. As some sort of postmodern preacher, Obama often sermonized to Americans about the predetermined “arc of history” that purportedly bent all of us inescapably toward his own just moral version of the universe.

In calm, ministerial tones, the progressive Obama sometimes slapped a puerile America’s wrists, with frequent admonitions to behave and to not act so illiberally. Or he frequently reminded us, with a frown, “that is not who we are.” Recall that Obama came into office promising that he would could lower the seas and cool the planet, with a generation of young like-minded activists who, we were lectured, were the ones we had all been waiting for. Now president emeritus Obama worries that perhaps his messianic appearance came too soon for us to fully appreciate his divinity.

Despite Obama’s recent projection that his eight-year tenure was “scandal-free,” along with the reality that the media’s biased compliance sought to make such a startling fantasy true, the Obama administration was in many respects lawless. It will eventually rank as the most scandal-ridden administration since Warren G. Harding’s.


But it was during the 2016 election cycle that the Obama administration descended to a level of corruption not seen in a century. Right in the middle of the FBI investigation of Hillary Clinton’s email server, Obama, as judge and jury, announced that candidate Clinton had violated no criminal law while secretary of state. Obama also lied when he stated that he’d known nothing about such an unlawful server, although emails prove that he himself had communicated over it on several occasions.

His FBI director, James Comey, deliberately scrambled the law and exonerated Hillary Clinton from wrongdoing, not because she had not broken the law, but, according to Comey’s own invented interpretations of the statute, because she had not intended to violate the law. Comey also admitted to tailoring his circus-like investigation of Clinton around the assumption that she would soon be president.

We are slowly appreciating over the last year that lying under oath was an Obama-administration requisite for a high position in the intelligence community. FBI director Comey lied about the particular sequences of his investigation of the Clinton email scandal. He lied by omission to the president when, in his supposed Oval Office informative dissection of the Steele dossier, he failed to include the fact that it was a product of Hillary Clinton’s campaign and the DNC.

… In addition to such unethical and often illegal behavior, the Obama administration institutionalized deception as a tool of government: hiding from the American people all the side agreements to the so-called Iran deal, itself a blatant effort to bypass the treaty-making responsibilities of the U.S. Senate; fabricating yarns to sell the disastrous Obamacare takeover of health care; using executive orders to enact immigration amnesties after warning that doing just that would be unconstitutional; lying repeatedly about the circumstances of the Bowe Bergdahl prisoner swap.

Hillary Clinton has never been able to explain why huge gifts to her family’s foundation from Russian interests coincided with the State Department’s approval of uranium sales to Russia, or why anyone would ever pay her husband $500,000 for a short speech in Moscow — and certainly would not now once her political ambitions have at last calcified.

We live in such strange times that the media ignored the most blatant examples of presidential campaign-cycle collusion in memory, while seeking to invent it where it never existed. Remember, Barack Obama on a hot mic not only got caught reiterating to a Russian leader the conditions of Putin-Obama election-cycle collusion, but he also spelled out the exact quid pro quo: promised Russian quietude abroad during Obama’s reelection campaign was in exchange for “flexibility” (i.e., cancellation) of U.S.-Eastern European missile-defense projects. Should Trump ever be caught making the same “deal” in 2020, he would probably be impeached.

Why was the Obama administration so corrupt?

Three reasons stand out.
One, it was the first administration in modern history in which the media saw its role as a subordinate and accomplice rather than an auditor; the media thereby empowered corruption.
Two, it exuded a moral zealousness in its promise to fundamentally transform the country and enact social justice; any means of doing so were justified by its exalted ends.
Three, like the John F. Kennedy administration, Obama and his team adroitly calculated that in America’s celebrity culture, what’s hip and cool is often more highly prized than what’s competent and lawful, much less crude and effective.

No one would suggest that Donald Trump obeys the law because he has an inherent respect for the Constitution and the nation’s ethical bearings, although that perhaps could prove to be so. Rather, Trump has not broken the law the way that Obama routinely did quite simply because he cannot. The media is so hostile to his every act, the popular culture has so frequently written him off as crude, and his critics, both progressive and conservative, have become so hysterical over his person, that he lives in a singular 24/7 bubble that faults him for everything from his choice of dessert to the manner in which his daughter holds her child.

The news, both fake and real, is now all Trump, all the time. And because Trump can enjoy baiting his opponents by deliberately being uncouth and coarse, and since he has little respect for past presidential protocol, almost everything is now transparent and nothing is off-limits. …

Filled with Blood and Sand and Tears 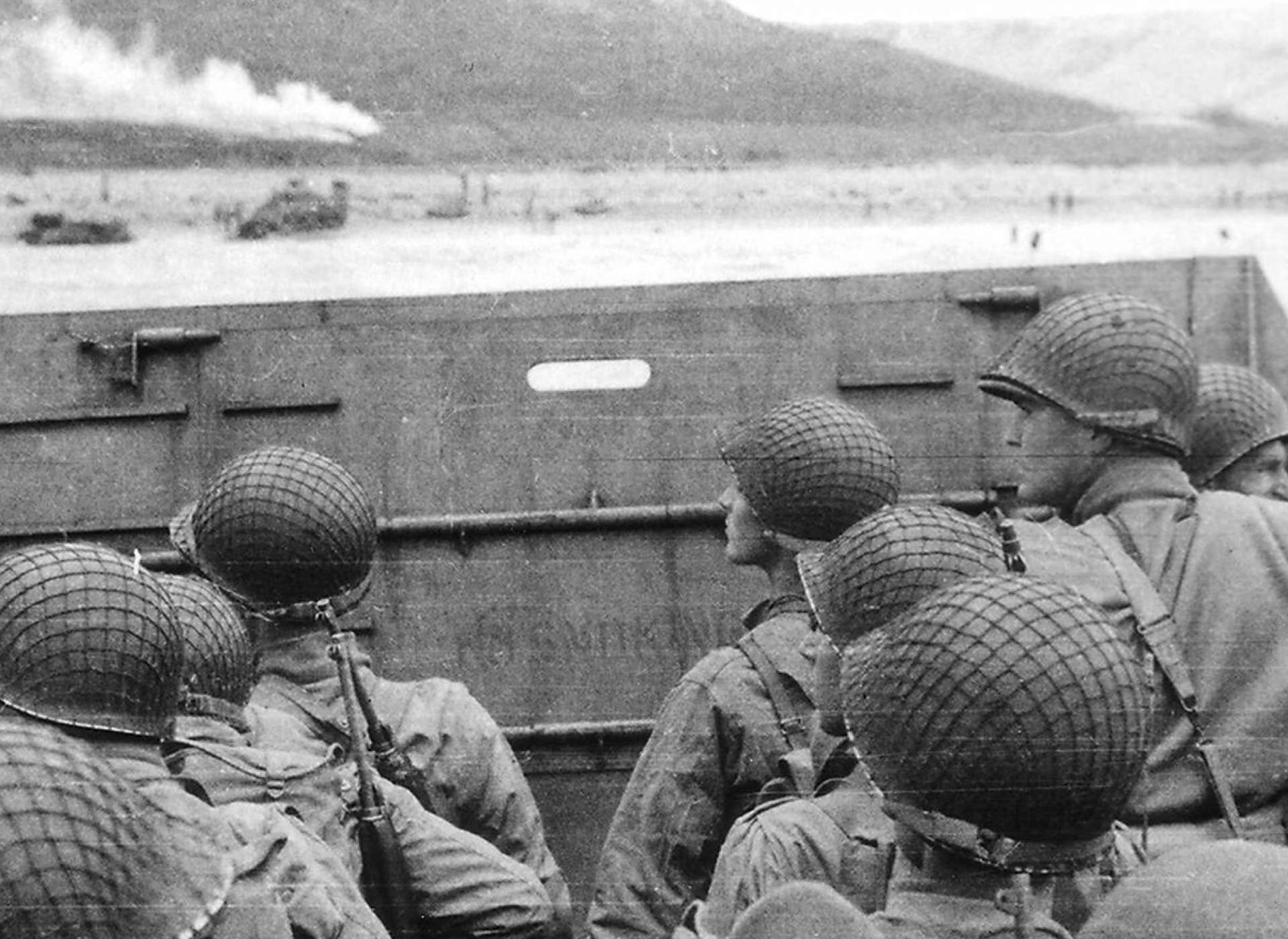 The story of D-Day.

The Subtext of Strangers' Questions in The New Yorker 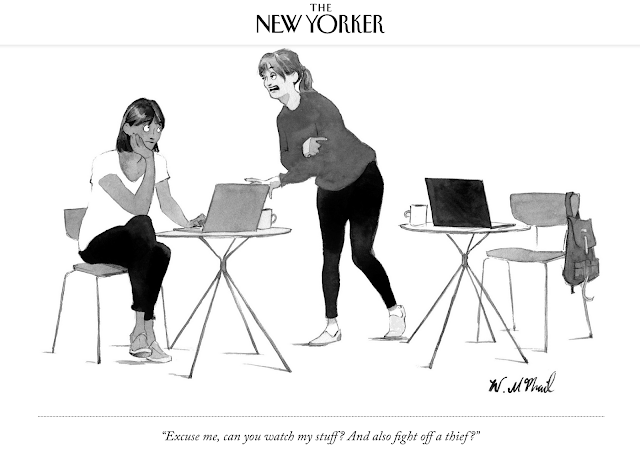