In the Year of Covid-19, Denmark Has So Few Deaths That the Country's Undertakers Are Considering Asking the Government for Hand-Outs 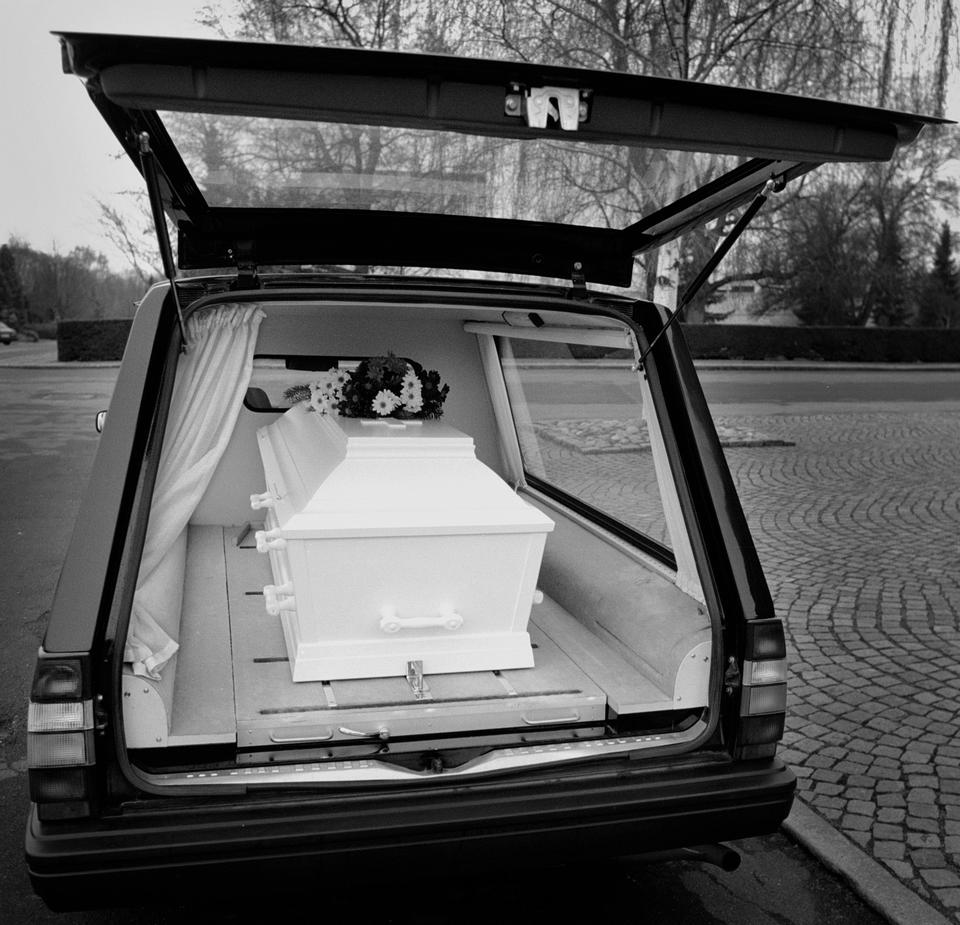 Denmark's undertakers have been considering petitioning the government for redress because there have not been enough deaths in the Scandinavian country this year.

• Related: Now that Donald Trump Has Caught the Corona Virus,
Here Are the 7 Basic Points about Covid-19 that You Need to Know

That's right: In the year of the Coronavirus, there are fewer deaths than at the same period in 2019, and indeed, 2020 has the lowest death toll so far compared with the previous six years. So: the industry, one could say, feels let down."We made the mistake of trusting in the government's predictions that there would a sharp increase in deaths among elder citizens because of Corona," is how one Politiken wag imagined one funeral director's reaction. "And now the latest data now show that on the contrary, there have been fewer deaths under the pandemic." The Graulev undertaker was said to add that "it is a [government] failure without equal."

The morticians have been forgotten by the kingdom's prime minister (aka Mette Frederiksen), wrote Bent Falbert already back in August under the heading The Undertaker Branch Is Bleeding, who adds that "Some of them are complaining that they don't have enough corpses on their hands"!

Probably too many people are going overboard in washing their hands, maintaining social distance, and not touching each other, quipped Ekstrabladet's Falbert during the summer, who goes on to point out that

The 621 Danes who have so far been killed by the virus so far hardly represent a higher figure than the annual toll from suicide.  Not to mention the 15,000 who die every year of cancer, or the 6,000 victims from heart disease.

But these figures are not addressed by Corona Commander-in-Chief Frederiksen. Her propaganda consists in convincing others that they share her opinion.

Let us take a look at the death toll for the year's first two quarters. The Southern Denmark region has seen 214 fewer deaths than in the same period in 2019. And nationally, this year is trailing last year by 141 deaths

None of us must forget that the Northern Jutland home of Mette Frederiksen stands valiantly in solidarity with her stringent restrictions by being in "arrears" of 96 deaths [compared to 2019]. And nationally [as mentioned], we are still 141 deaths in debt.

One more statistic: the 621 dead represents 0.00107% of the Danish population, meaning 99.999% of the population have not been killed by the virus so far, and leaving the occasional skeptic wondering to what extent the corona virus is a threat so horrifying that it warrants sacking, bankrupting, and impoverishing thousands of citizens in the government's pursuit of the destruction of the national economy. 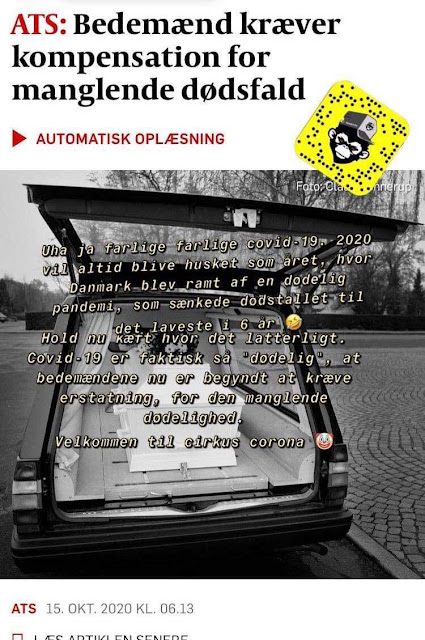 A meme making the rounds has this to say:

Scary scary Covid-19. 2020 will always be remembered as the year in which Denmark was struck by a deadly pandemic, which … lowered the death toll to the lowest in the past six years. How ludicrous is that? Covid-19 is so "deadly" that undertakers are requesting compensation for the missing death toll. Welcome to Circus Corona… 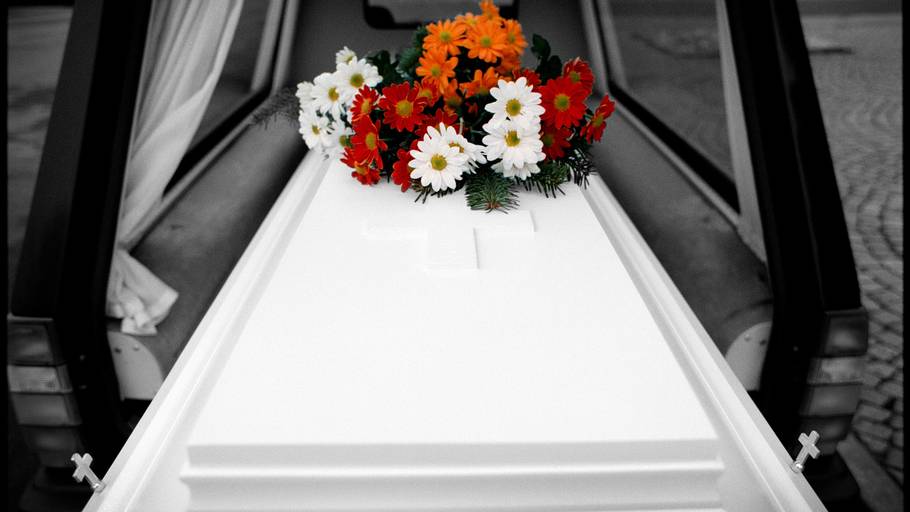 Related:
• Now that Donald Trump Has Caught the Corona Virus,
Here Are the 7 Basic Points about Covid-19 that You Need to Know
And from the March and April archives:
• Is There 100% Irrefutable Proof that the Covid19 Pandemic Is Overstated?
• Anti-Americanism in the Age of the Coronavirus, the NBA, and 1619
Posted by Erik at 01:03 3 comments: