After Sir Winston Churchill died on Jan 24 1965, his body lay in state for three days at Westminster Hall


Mourners queued in wintry weather to pay their respects. It was only the second time that the Monarch had bestowed the honour of a state funeral on a Prime Minister – the first was William Gladstone in 1898.

Here are some choice quotes of Churchill, who makes an appearance in Erik Svane and Thierry Capezzone's Daisy graphic novel 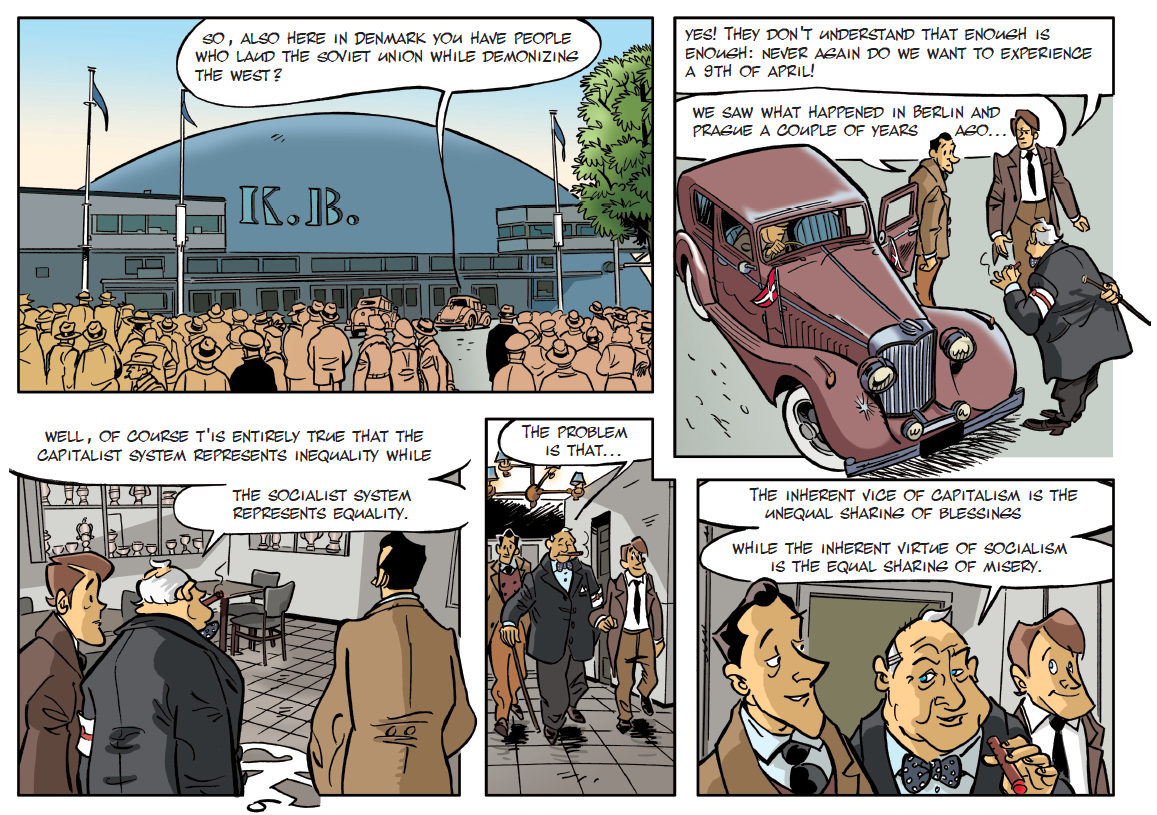 • Is That Winston Speaking of the Iraq War of 2003?
• WInston Churchill on Socialism and the Cold War
Posted by Erik at 10:00

Massaging the Message: In a complete inversion of reality, the Charlie Hebdo massacre story is morphing into a parable about how difficult it is to be a Muslim in the West

Benny Huang has been wondering how long it was going to take for "the talking heads on MSNBC to portray Muslims as the true victims of the Charlie Hebdo massacre."

In a complete inversion of reality, this story is morphing into a parable about how difficult it is to be a Muslim in Europe.

… MSNBC’s Andrea Mitchell is deeply concerned about the terrorist attacks

that rocked Paris earlier this month. Unfortunately, her misdirected concern seems to manifest itself in a lot of fretting over how the attacks will benefit the political Right.

“There are two other issues that need to be addressed,” said Mitchell. “One is anti-Muslim sentiment throughout Europe, anti-immigration sentiment, the rise of the right wing, and of course anti-Semitism.”

… Mitchell’s comments echoed sentiments expressed by Christopher Dickey, Newsweek’s bureau chief in Paris, who appeared on MSNBC’s The Cycle. “This is an issue that’s going to be used very effectively and cynically by the far-right politicians,” said Dickey, “not only of France but especially in the rest of Europe, places like Dresden, places like the Netherlands…” Translation: Europe’s insufferable right-wingers aren’t actually concerned with the seemingly endless acts of terrorism or even about their own culture being displaced by one that’s stuck in the seventh century. They merely “use” those issues, “very effectively and cynically.” It’s brown skin they hate. 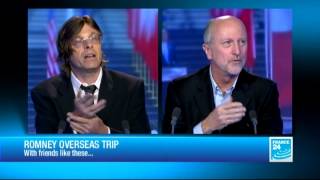 of the Paris attacks. It’s difficult to imagine Mitchell, Dickey, or any other reporter working for any other mainstream news outfit fretting that saturation coverage of the 2011 Tucson shooting would be used “effectively and cynically” by gun-grabbers on the far Left, probably because they can’t even conceive of anything called “the far Left.”

Incidentally, I once debated Christopher Dickey (the son of novelist James Dickey) on international television.


The dirty little secret of journalism is that reporters are very conscious of their substantial influence. They are not just hired eyes and ears conveying all they see and hear. Journalists know that news coverage can impact policy and world events. Consequently, they think of their constant massaging of the news as just plain old responsibility. Yet most journalists still pay lip service to the ideal of covering the news without fear or favor, something that simply can’t be achieved while constantly placing their collective thumb on the scale to ensure that one side of the debate can never win.

That’s not “responsibility;” it’s rigging the game. The role of journalists isn’t to wonder whom their stories will benefit. Their job is to report the news and let the chips fall where they may.

Mitchell and Dickey aren’t the only reporters who ask themselves “What will the Right do with this story?” A case in point can be found in Andrew Norfolk, the Times of London reporter who broke the Rotherham sex ring story in which a group of child rapists across Northern England victimized approximately 1,400 young girls. Authorities were aware of the sex ring for about eleven years of its sixteen year existence but refused to make arrests because the perpetrators were almost entirely Pakistani men and the victims were almost entirely white English girls.


Andrew Norfolk admitted feeling tempted to join the government in its conspiracy of silence. “I didn’t want the story to be true because it made me deeply uncomfortable,” said Norfolk. “The suggestion that men from a minority ethnic background were committing sex crimes against white children was always going to be the far right’s fantasy story come true. Innocent white victims, evil dark-skinned abusers. Liberal angst kicked instinctively into top gear.”

Thankfully he got over his liberal angst long enough to cover the story but his admitted reluctance to do his job raises questions about deeper problems in the journalistic community. How many other Rotherham-type stories never see the light of day because some reporter feels duty-bound not to give the Right any grist for their mill? We may never know.

Norfolk’s remarks are troubling for another reason—his implication that young girls being raped is the fulfillment of the far Right’s fantasy.

… France has its own censors, ever eager to filter the news out of some warped sense of responsibility. Jean-Claude Dassier, director general of the news outfit LCI—France’s version of CNN—admitted in 2005 that his network shielded viewers from seeing the true destruction wrought by angry Muslim rioters who were then besieging France. “Politics in France is heading to the right and I don’t want rightwing politicians back in second, or even first place because we showed burning cars on television,” he confided.

The only rational conclusion is that Dassier wants to keep the French public uninformed because they’d likely vote for Front National, France’s unapologetically nationalist party, if they knew what the heck was happening to their country. Better not to cover the news lest people figure out that the “bigots” have a point.

… I have no doubt that most journalists think very hard about what they broadcast and that’s the problem. They don’t give it to us straight. The constant impulse to shape the news to fit an agenda strips their reporting of any value. That omnipresent question “What would the Right do with this?” hangs over their coverage, influencing editorial decisions to the point that their end product can only be called propaganda.