Happy Thanksgiving to All; May Gratitude Enlighten Your Days and Enrich Your Life

Happy Thanksgiving to all the readers of No Pasarán!

As we recollect stories from the past, such as that of Pocahontas, it is time to remember and to be grateful for our ancestors, whether immediate (our mother and father) or further back, such as those who sacrificed to make America such a great nation.

Today we should remember the Native Americans as well. Colin G Calloway reports that

New England Indians supplied the early Pilgrims with food and assistance, but, according to Robert Cushman in 1622, the English returned the favor:  "When any of them are in want, as often they are in the winter, when their corn is done, we supply them to our power, and have them in our houses eating and drinking."

In some areas of colonial New England, Indians not only worked alongside English neighbors; they also live with them. Frontiersman Daniel Boone won renown as an Indian fighter but, in the words of his most recent biographer, Indians "knew they could find food, drink, and a place to sleep at the Boone homestead."

A story about the Crow people that I like is The Plains War Chief Who Fought The Nazis During World War II. Related: What Nobody Tells You About Indians and Other Native Americans

Apart from that, check out Dennis Prager's fireside chat:

This year’s Thanksgiving episode is about the greatest of all traits: Gratitude. It is the foundation of goodness and happiness. Yet today, young people are being taught to be ungrateful people. …

As it happens, Buzzfeed's Hannah Loewentheil is has showing how foreigners are often more grateful for America — and for (very) good reason — than Americans are. There are a few — notably nr 9, 20, and 26 — that I (deeply) disagree with, but here are a few where they hit the nail on the head…

11. "The freedom to be whatever you want. I don't mean career freedom, per se, but more the ability to express your personality. My friends who moved here from Germany and Canada felt that being different in those countries made you stick out like a sore thumb. But here in the US, people can be whoever they want to be."

14. "America is full of wandering hype people. You never know when it will happen, but in America, people are always hyping each other up. They are usually complete strangers. Someone will cheer on another guy unwrapping his perfect burrito or the person ordering three extra shots of espresso at the coffee shop. Americans genuinely love watching people win, even if there’s no competition. We feel this weird sense of camaraderie when we share a moment of victory, and we love hyping each other up."

19. "The diversity of the 'American' experience. Globalization is well and alive here, and it's my favorite thing about living in the US. Where I live, there are revolving sushi bars, Russian bath houses, Korean grocery stores, Mexican restaurants, and Italian specialty markets."

22. "The interstate system. It is one of the safest and least congested road systems in the world. The fact that you can drive from New York to Los Angeles in relative comfort on flat, paved roads is an insane concept outside the US. It's like driving from Moscow to Madrid in a mostly-straight line with little risk of an accident. There's a gas station/convenience store, a restaurant, and a rest station every few miles." 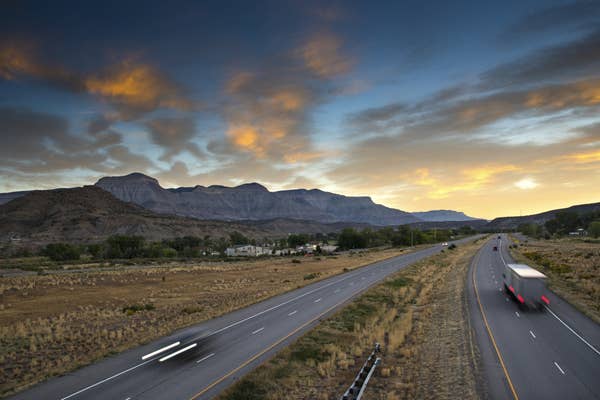 24. "Household appliances. The US takes this very seriously. I lived in Europe and hated the lack of dishwashers and clothing dryers. Americans definitely have the right idea here."

32. "Free public restrooms that are easy to find and relatively clean. Why do I have to pay $1 to pee in Europe?!"