Never Forget Europe's Reactions to 9-11 — The Ugliness Which Led Two Regular Joes in Paris to Join in Starting the No Pasarán! Blog

Since commemorations of 9-11 are taking place all over the world, I thought we should search the archives of No Pasarán for the personal memories of two of the blog's initial bloggers, as well as the chilling testimony of one of No Pasarán's earliest French readers. (Merci pour le hyperlien, Monsieur Driscoll…) Erik and Bill's posts will help explain why they started to blog:

In view of the 20th anniversary of 9-11, I thought it would be appropriate to recount my experience of 911 and the numerous instances of French solidarity I encountered in the following days. (Alright, the satire ends here and now…)


On the afternoon of September 11, 2001, I was having a drink in the TGV's dining car, heading north to Paris.

Cel phone communication is hard to come by on trains, but at one point I heard I had a message on the answering machine. I called the number to hear the message. It was my (New York-born) mother, and all the message said was to please call back: "There has been a series of catastrophes in the States".

Befuddled, I headed out into the corridor and called my parents, and after answering, my mom said I should talk to my dad. I listened incredulously as my father explained that planes had been deliberately flown into the World Trade Center and the Pentagon, and that both Twin Towers had collapsed.

Needless to say, I headed back to the dining car in another state of mind, totally closed off and unable to communicate with anyone.

At one point, three or four members of some state-owned company (they may have been EDF) entered the dining car. Although they were discussing the day's events, they were obviously heading to Paris to demonstrate against the government, and during their conversation, I overheard one of them making a joke (sic). With a snicker, he said "Ils l'ont fait exprès pour saboter notre manifestation" (They [obviously meaning the Americans] did it on purpose, in order to sabotage our demonstration). Alhough the others barely laughed at what was obviously an instance of sophisticated humor à la française (smiles were in order, though), the comment should give a better idea of the real state of friendship harbored towards America then the presumed one extant in the myth of the squandered sympathy.

I was too emotionally drained to react to this comment, and anyway without a radio and a TV set to get a better idea of the situation, the extent of the terrorist attacks was hard to believe. I had listened to learn more, and had certainly not expected anything but empathy for Americans.

(Meanwhile, fellow webmaster Bill was taking a drink in a Paris café — listen to his experience with French proclamations of ever-lasting friendship [or read it below].)

Anyway, another two hours went by without news, without images of any kind, and when I arrived at Gare de Lyon, I rushed home faster than I ever have before, arriving drenched with sweat just in time for the 8 o'clock news. That night I hardly slept, as I stayed up in front of the TV all night long, wishing, wishing drastically that the news wasn't true.

For the next couple of weeks I wore a bandanna with the Stars and Stripes everywhere I went.

At my office the following day, there was certainly nobody among my fellow journalists who had anything sympathetic to say about 911 (or what they had to say they certainly weren't sharing with the guy wearing Old Glory on his head).

The previous August, I had joined a group of a dozen hikers (all of them French) in crossing the Himalayas at a point in northern India, and some of us had decided to meet again at one of our apartments on the Saturday three weeks after our return from the trek. This turned out to be September 15.

A couple of people brought their companions along. Eventually discussion turned to the events of the previous Tuesday. I never expected anything but sympathy to be shown (like I had on the train), but one female hiker's boyfriend obviously had none. I don't remember if he actually said he was happy about 911 or in so many words that Americans deserved it, but he certainly had not the smallest empathy for them, saying he hated their guts.

That is where I lost my cool.

"So that is the famous French solidarity, huh?!" I interrupted from my chair.

He tried to say something, but he wasn't about to get the chance.

"So that is the famous French generosity, huh?!" I bellowed.

He again replying, but…

"So that is the famous French tolerance, huh?"

The others were begging me to drop the matter, to shut up.

"So that is the famous love of fellow human beings, huh? I am so-o-o-o impressed!"

His girlfriend was begging me, begging both of us, to let the matter drop, but I piled on with acerbic irony.

"Do you have any other examples of France's famed lucidité, we would love to listen to them!"

The other people were alarmed, they seemed to think we were going to come to blows, and, truthfully, both then and later, I felt like I was battering him, except by the use of words instead of fists.

"Oh, I am so impressed by your avant-garde feelings of solidarity towards the entire world — please, please, can you give us some lessons!"

Suddenly, the guy got up, crossed the room towards the front door of the fifth-floor apartment, and — walked out. Leaving his girlfriend behind, he started running down the stairway. In my fury, I still managed to register surprise, because that was the last thing I expected.

I sat down again, fury still registered on my face, and the topic quickly changed to something totally unrelated to international news.

The point is that, as John Rosenthal (among others) has pointed out, the story of the squandered sympathy is nothing but a myth: Over the following months, or years (weeks?), we are told, America's president (i.e., Bush) and his government squandered the sympathy that the world generously bestowed upon America in the immediate aftermath.

Those give quite a different context to the expressions of friendship such as those seen by clicking on the photo above. As many of our French commentators make clear, what is said in public (and nobody denies Europeans' mastery in handling the délicatesse of diplomacy) and what is said behind one's back can be quite a different matter; in any case, the friendship is tinged (soaked, rather) with (self-serving) paternalism. 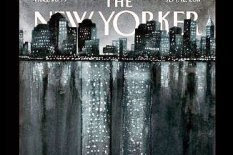 Let's set the record straight for all the politically correct, terrorist appeasing, revisionists out there 9-11 Remembered by a Young Frenchman

One of No Pasarán's earliest French readers, who wishes to remain anonymous, penned the text below around 2006. Keeping in mind that we usually think of the military and the police (both domestically and abroad) as being conservative and therefore pro-American, the middle (the third) paragraph is particularly chilling:

… if, on the one hand, communism has never been so popular and influential around the world, in a furiously trendy word, on the other hand, capitalism is the subject of all-out demonization, from the arts and letters to the local café through TV and university curriculums: witness the anti-Americanism that oozes through every pore of the planet, especially in France.
For example, I remember September 11, 2001. I had my mother on the phone, she was asking me "Why, my son, why?!" with all the anguish in the world in her voice and, suddenly, she started to cry like a rainstorm had erupted the second she saw on her screen a man and a woman jump from a burning tower hand in hand.
But I also and especially remember September 12, 2001, when all my colleagues mocked me during the coffee break, laughing at my dismay, shouting at the "arrogance" of the Yankees and the "imperialism" of their leader Bush. What is worse is that … at the time I was not working in an artistic or intellectual environment which is traditionally anti-capitalist, therefore anti-American. No, I was working in a Parisian police department.
I say it because I have lived it from the front row: on September 12, 2001, an overwhelming majority of French people did not shed half a tear over what had just happened in New York. Moreover, no wonder, French anti-Americanism being in line with its astonishing complacency vis-à-vis communism.
Also, on the first day of the American intervention in Iraq in March 2003, 4% of the French approved "completely", 87% disapproving. 4%. Four miserable French people out of a hundred ... And what about the coverage of the war in Iraq which, in France, reached and continues to reach heights of hatred where the lie is in dispute with ridicule for atrocious coverage ... And yet America is the only utopia that ever worked.

Related:
• The Legend of the Squandered Sympathy

• The America-Bashers' Use of Symbolism on September 11

• The Skies Shed Tears During Paris Commemoration of 911 Attacks

• Still Looking for "Another" September 11th?

Who Is the Incompetent POTUS Now? 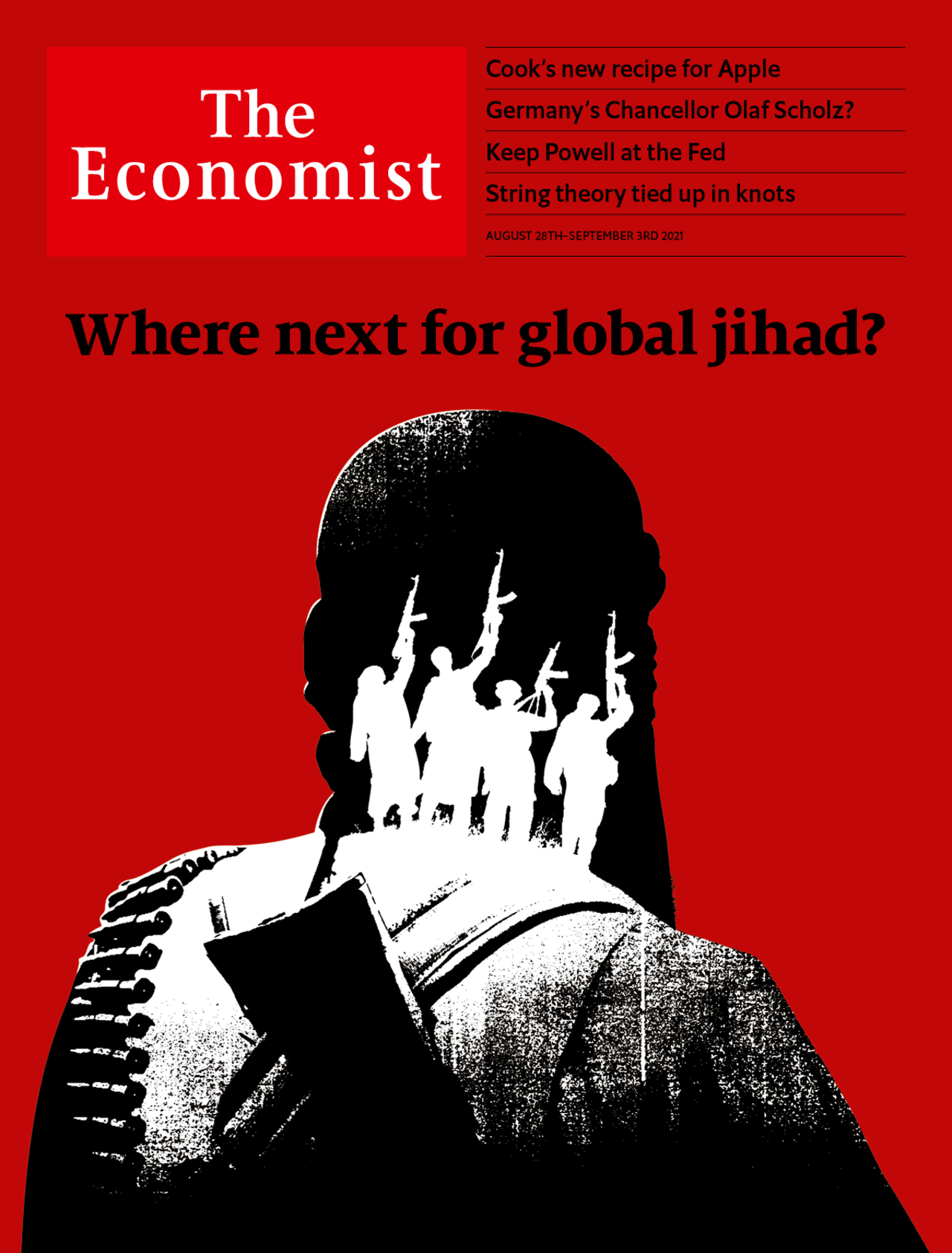 In its top leader, The Economist writes that the Afghanistan debacle "is a dangerous moment for [Joe Biden's] presidency" ("Where Next for global Jihad?", August 28).

What a contrast with the Lexington column of January 5, 2019, in which Donald Trump was described as "ill-disciplined", with "little attention span", or with any "long-time view of almost anything" (in addition to holding "awkward" addresses). The 45th President, we learned then, "has made many bad moves in security and other policy against the generals' advice", while, luckily, "strong, reliable public servants" like Jim Mattis and John Kelly have tried to act as "safeguards against calamity." In January 2021, we were told that Republicans face a choice between Donald Trump and reality.

The Democrats' 2020 election message was that the grown-ups would be back in charge. So who made the moronic decision to close Bagram air base and to remove America's soldiers from Kabul before (not after) it removed its civilians? Joe Biden? His generals?

Who made the unfathomable decision to leave some of America's most advanced military hardware — including 350,000 assault rifles, over 20,000 Humvees, and over 150 military aircraft, along with million-dollar drones — to the Taliban (who probably will sell a few units to the Chinese and the Russians), instead of taking them home or destroying them? If it wasn't General Milley and Secretary of State Austin, did those "public servants" not try to counter Joe Biden's lamebrained decisions in their capacity as "safeguards against calamity"? (Thanks for the link, Ed…)

Americans and foreigners alike who supported Trump were not blind to his faults, real or alleged. To paraphrase Winston Churchill, Trump to them was the worst politician in America, and the worst leader in the entire world. In both cases, with one single exception. All the others. 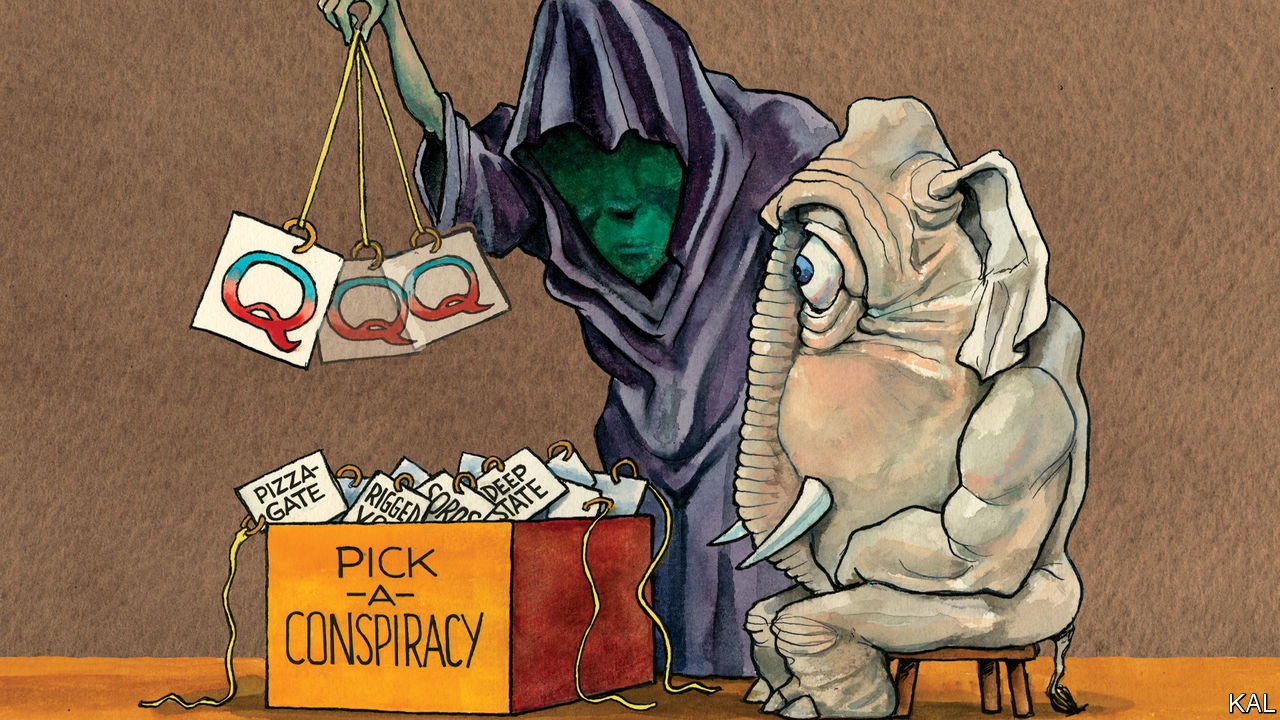 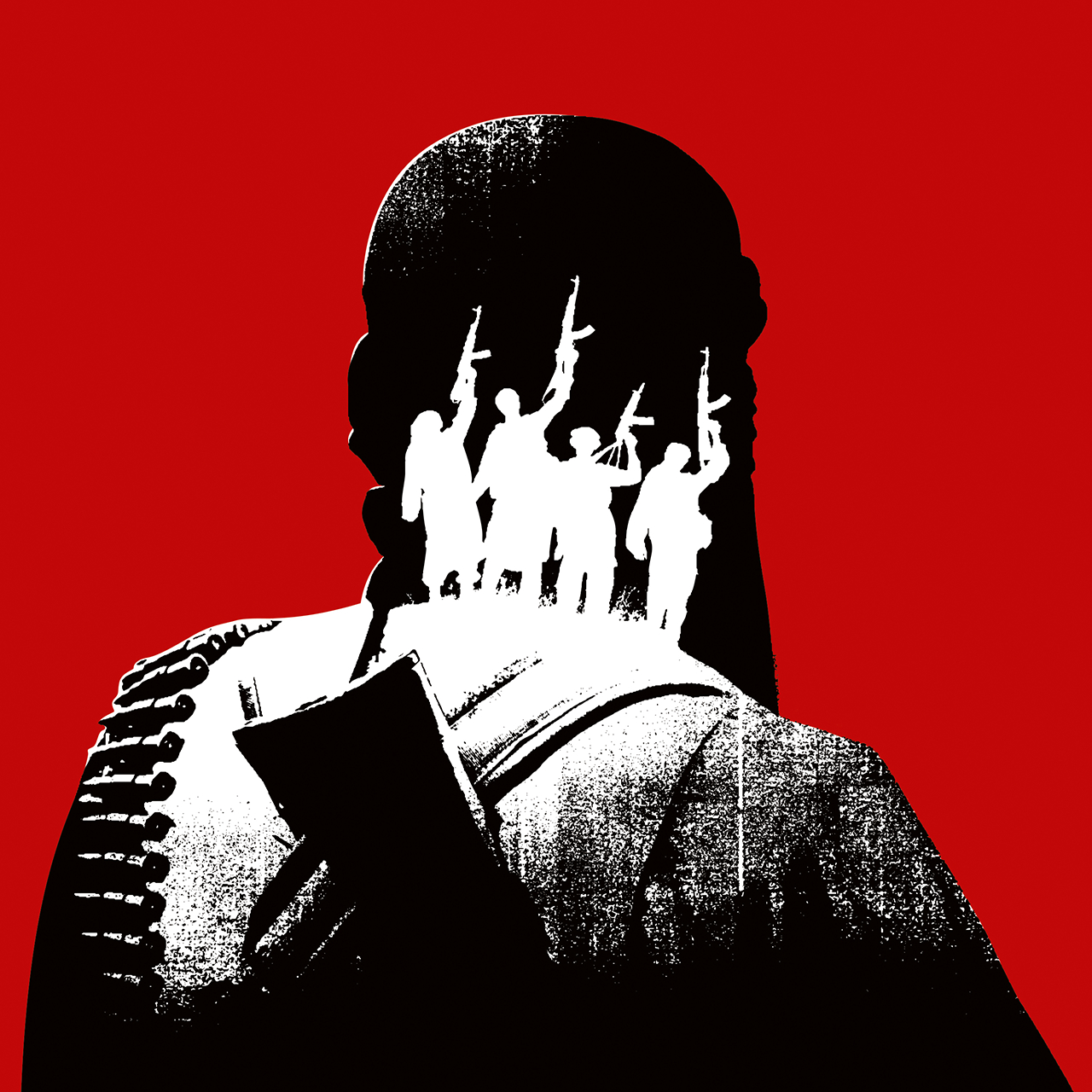 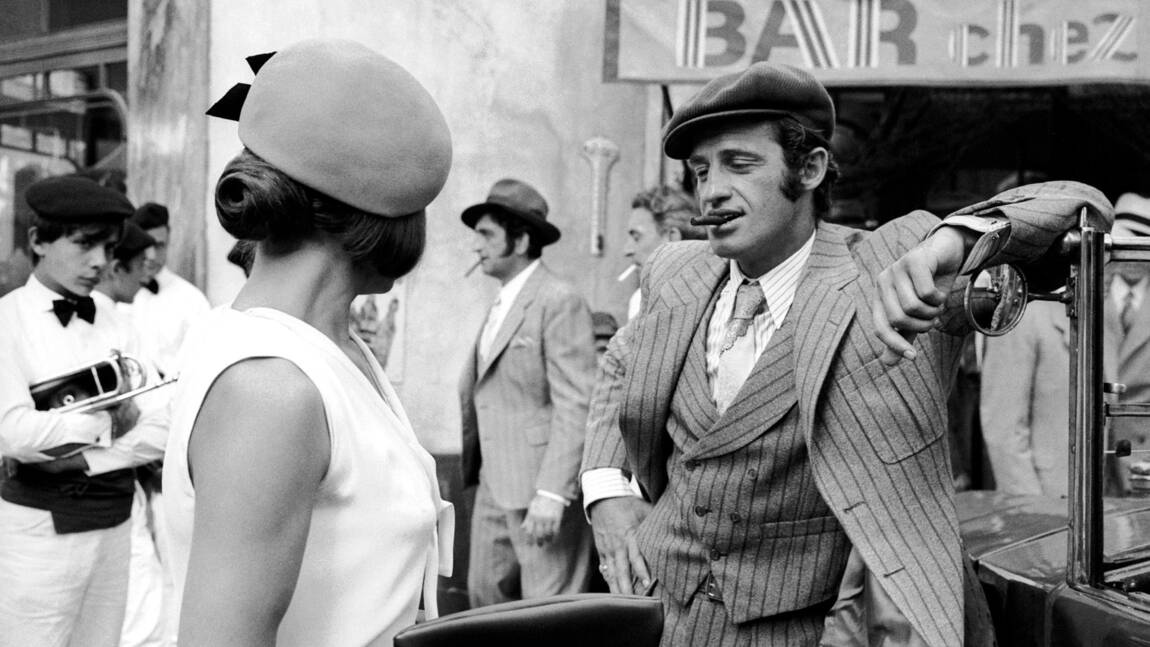 The star of L'Homme de Rio passed away on Monday, writes Emeline Férard in the Géo monthly.