Does anyone think that if Obama withdrew the 30,000-odd U.S. troops in South Korea that he would “end the war”?

To see how confused and even absurd the Democratic approach has been to Iran, consider the case of Korea


Does anyone think that if Obama withdrew the 30,000-odd U.S. troops in South Korea that he would “end the war”? On Obama’s logic, we should be exiting our troops immediately and freeing up hundreds of billions of dollars of funds over the next decade for North Korea, while enabling a sponsor like China to sell them conventional arms and ballistic missile technology. Then we can sit back and “hope” that North Korea will “change.”

Two decades ago, the North Koreans challenged the administration of our last Democratic president in the same way as Iran challenges our current one. Who can forget The New York Times’s editorial judgment in 1993 that “President Clinton is adopting a sound diplomatic strategy for coaxing North Korea to give up its nuclear ambitions” by “rightly resisting pressure to get tough with Pyongyang”? This month, one day after the Ayatollah said emphatically the deal will not change his country’s attitude toward the U.S., the Times asserts that President Obama “was right to keep the focus on restraining” the Iran nuclear program, but that if the sanctions are not lifted quickly enough, the so-called Iranian “moderates” could be discredited, “boosting the hard-liners.” Cognitive dissonance seems to be the official editorial policy of the Democratic elite.

The obvious point is that the nature of the Iranian regime matters, just as the nature of the North Korean regime matters. While our leaders take a holiday from history, the bad actors of the world do not take much of a vacation. American voters know this, which is likely why Obama did not disclose his detailed intentions regarding Iran in his 2012 re-election campaign. But now many Democrats complain that supporting the deal is their only choice. Moreover, the president, this time through the agency of his UN ambassador, the putative idealist Samantha Power, has laid a procedural trap for the wavering Democrats by introducing the big power treaty to the Security Council where it has already passed. This will make congressional review doubly difficult, and more than doubly important. In any case, the compact deserves negation on its own terms. But, as it happens, the Ayatollah who truly runs Iran declared on the morrow of the announcement of the agreement his intention to wage war. On Israel, no surprise. And on us, the U.S., the very architect of this peace.

Can you name the facts about the D-Day invasion?

Can you name the facts about the D-Day invasion?

How many times have you read a news story which says something like this?

Although the [Bush] administration defends its proposed cuts as humane, some say that the cuts are unconscionable.

You have probably read sentences like this so many times that they don’t sound strange any more. But think about it: what is the relevance of the fact that “some say” anything? After all, “some say” that Elvis is still alive. “Many say” that astrology is infallible. And some “critics” will tell you that the world is flat.

So why are you reading about what “some say” in the paper? Obviously, the reporter and/or the editors think it’s important for you to hear this particular opinion. Often, words like “some” or “many” can be replaced with the phrase “Times editors” with no appreciable change in meaning. When you see such locutions, you should ask yourself: who exactly is saying this? Is the contrary view being portrayed fairly? Does the article have an obvious spin? Is that spin consistent with what “some say”?

The use of phraseologies like “many say” lends the opinions a certain weight, suggesting that they are held by a number of potentially unbiased folks out there. The opinions expressed by “some” or by “critics” tend to be reported uncritically and sympathetically.

Meanwhile, when interviewees say things that support a conservative position, they tend to be labeled as representatives of a particular cause, politician, or branch of government, so their bias is always clear.

Once you become aware of the phenomenon, and you start to look for it, you will be amazed at how often the opinions expressed by “some” or “many” or “critics” are left-leaning opinions. For example, here are some things that “some” or “critics” have said in the last two or three days in the pages of the Times:

• (Somewhat) Related:  "I'm a lifelong Republican, BUT…": Watch Out for the Moby

• Token Articles, Letters, and Other Examples of "Objectivity"
Posted by Erik at 12:30

Apparently firemen put out fires better when there’s a Jew, an Italian, and a Puerto Rican on every fire engine

“Looking like the community” is very important to liberals, and not just on the police force. They consider it to be of the utmost importance that the fire department, the president’s cabinet, and even the military “look like” the constituencies they’re supposed to serve.

Apparently firemen put out fires better when there’s a Jew, an Italian, and a Puerto Rican on every fire engine. Don’t ask me why.

… One reason there aren’t more black police officers is standards—moral, legal, and academic. Police departments across the country have chosen to lower standards just to recruit blacks. Some departments have stopped requiring applicants to know how to swim while others will hire applicants who didn’t even finish high school. Departments often accept lower civil service exam scores from minority applicants. And it’s still not enough.

Proponents of “diversity” also blithely brush aside another issue—namely that their rhetoric is strongly suggestive of a quota system. Quotas were found to be illegal in Regents of California v. Bakke (1978), a landmark affirmative action case.

…/… There’s another problem with police departments reflecting the communities that they serve and it becomes apparent when looking at communities that have very low minority populations. Can a small town that is almost entirely white refuse to hire minority officers because they don’t “look like the community?”


A case in point can be found in Granville, Massachusetts, a picturesque New England town that looks like something from a Norman Rockwell painting. Despite being 98.69% white, Granville hired an Hispanic police chief in 2005.

And no one cared. That’s not because the people of Granville are a bunch of hippy liberals. Granville is in fact the most conservative town in the state, according to Business Insider.

… Should a town that’s almost 99% white be served by a (full time) police force that’s 100% Hispanic? I don’t have a problem with it, but then again I’m not a liberal. I don’t concern myself with racial bean-counting.

If lily white communities like Granville are going to be prohibited from hiring officers with an eye toward the racial makeup of their community, and highly “diverse” communities like Ferguson are going to be required to do exactly that, then someone will have to delineate a threshold between the two. At what point must a community shift from an ostensibly colorblind hiring process to an obligatory color-conscious hiring process? Ten percent minority? Twenty-five percent? Fifty percent?

I think we already know the answer to that question. All of that jive about “looking like the community” is a one-way street. If it helps blacks, great. If it doesn’t, it’s dropped like a bad habit. I call that black privilege.

“Diverse” police forces are not the answer to all that ails us. Besides the fact that recruiting blacks is more difficult than might be supposed, there are legal and moral issues to consider. Standards must be lowered and qualified people must be passed over. 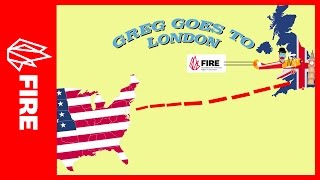 Mick Hume of 'Spiked' on Trigger Warnings and Free Speech in the UK (5:26)


Blasphemy laws are ridiculous, outdated, historical anachronisms… But what's interesting is, in Britain, for example, we no longer have blasphemy laws — that was seen as being a great step forward … — but what they did was introduce hate speech laws instead.


I had the pleasure of sitting down with spiked! editor-at-large and self-proclaimed propagandist Mick Hume while I was in the U.K. in July. We talked about all-things free speech, from the growing tendency in the U.K. to ban offensive speech to European blasphemy laws to his new book, Trigger Warning: Is the Fear of Being Offensive Killing Free Speech?. If Mick’s name looks familiar, it may be because of his great piece in Friday’s Wall Street Journal, “Even Speech We Hate Should Be Free.”