3rd "Summer of Recovery", AKA #Obamatopia

Steal This Book. (Club the Busboy to Death with it.)

On one hand, you have MEPs bloviating about how the piracy of intellectual is some sort of human right. On the other hand, after tch-tch-ing those clueless Americans (even using sock-puppets) about Arizona’s border enforcement code being some sort of RacistApartheidWallOfFascism, Maltese citizens beat illegal border-runners to death.

The Malian asylum seeker had escaped from Malta's Safi detention centre in August 2009. On Friday evening, he sought medical treatment at a clinic but staff alerted the authorities who picked him up in a van and transported him to a detention facility, report Maltese media. By the time he arrived at the facility early Saturday morning, he was found dead inside the van.

“He had blows to his groin. He did not die of natural causes,”

Pascal Galinier, the ombudsman of Le Monde, has received a flurry of angry letters after Serge Le Luyer's decision to hide the identity of a Muslim teen killer under a Slavic name.

Hiding the identity of alleged teen criminals is hardly an abnormal way to proceed in France, since protecting the identity of minors is required by French law, and the decision to use the name "Vladimir" for the 16-year-old who strangled a 13-year-old might sound logical at first since the high school student was indeed born in Russia.

But that does not take into account the fact that the region of the Russian Federation that "Vladimir's" family hails from was not the Slavic part but the Chechnya republic, meaning of course that the presumed killer and all of his family are Muslim.

"Vladimir? Why not Bjorn Borg?" asked one witty reader, tongue-in-cheek.

Giving the alleged killer a (fake) Muslim name — Mohammed, Abdullah, Ali, Samir, Suleiman (since his real first name does start with the letter S) etc — instead of "Vladimir" would thus have made more sense, say the readers in protest of what they perceive as political correctness — "transforming a Muslim connotation into an Orthodox Slav" — especially since "the great persecutor of Chechens is a certain Vladimir (Putin)…"

Reflecting the extent of the protest, "Vladimir" was changed in the online version of the article to the teen's (real) first-name initial, "S." But needless to say, ombudsmen in the mainstream media are rarely the neutral arbiters they pretend to be, and so, while denying any evil intent, Pascal Galinier goes on to call the letters he has received as "abusive" and "sometimes delirious", ridiculing the people who would dare put into question Le Monde's entirely innocent choices…
Posted by Erik at 13:46 No comments:

Something MUST be Done, Dammit!

Despite being obscenely expensive and Bloomberg-esque in its degree of a paperwork frustration, all drivers in France are being treated like ex-DUI offenders:

In an attempt to cut back on the number of alcohol-related traffic accidents, each driver will from now on be required to keep a breathalyzer test in his or her vehicle. Those caught without the test, which cost between 1 and 3 euros a piece, can expect to pay a fine of 11 euros as of 1 November.

While that doesn’t seem like a lot of money, what we’re talking about here is a portable test that the police can make you take when they pull you over. YOU’RE supposed to have purchased it and have it on hand. Innocence not being assumed in the least, YOU need to have bought the test kit used to prove your sobriety.

According to an Ifop poll published in

Dimanche Ouest France, only 39 percent of French drivers owned the test as of Saturday, just one day before the law came into effect. 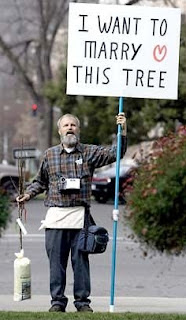 Remember that Nanny doesn’t just loves you, but is always ready to hug you to death.

Also to include in Nanny’s pointless, morally vane strangulations is this sort of thing that the average European is so used to getting forced on them on a daily basis that they are conditioned into a sort of weird bliss of the servile:

In a measure to bring down electricity consumption, neon lights and illuminated advertisements will be forced off during the wee hours of the night. From 1 to 6 o’clock in the morning, even the town Christmas tree will have to go dark overnight.

Next week it will be something else. There always is.

Irritating 60 million people in one small way or another, this will make up for the annual carbon dioxide output of a mere 7868 households.

Some Thoughts on American Patriotism

Some Thoughts on American Patriotism was written during the Bush years, but it still holds up today and will continue doing so, hopefully, many years from now…
Posted by Erik at 22:09 No comments:

France sings for the USA

He almost seems to create an imprint of the political characters of the left whose views he would espouse later in life.
Posted by Joe at 20:26

It Only Took 16 Hours

For someone to blame “man caused climate disruption” for the US mid-Atlantic derecho, or “land hurricane”.

And it was done using the most passive-aggressive yet evasive language possible:

As the intensity of the heat wave, without reservation, was a key factor in the destructiveness of this derecho event - it raises the question about the possible role of manmade climate warming (from elevated greenhouse concentrations). It’s a complicated, controversial question, but one that scientists will surely grapple with in case studies of this rare, extraordinary event.

Why doesn’t he go pound sand so we can study what the anthropogenic contribution to gasses in the atmosphere that might have an impact on.
Posted by Joe at 13:16

The Chronicles of Prolixity

Zerohedge brings you a glossary of leftist economic illiteracy:

Fairness: Definition: A word used to motivate making sure outcomes do not match abilities or effort. Note, pre-1970 it meant roughly the opposite.

Our heritage is one of great ideas, not ethnicity, greed, and factional strife.

“Champions of the dignity of man, throughout the world.”
Posted by Joe at 11:14