19th-C Duel Between a Lawyer and a Poet: "the actions of the two duellists were strikingly different"

In its 125 Years Ago section, The New York Herald tells of the outcome of a duel in Belgium:


The Laguerre-Déroulède duel has been fought, and both principals are now languishing in [a Charleroi jail]. They have had such an extraordinary hard time of it, trying to 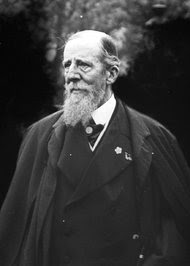 find a place to fight, that all Europe has been watching their movements. First, the French police dogged them, then the Belgian police tracked them about, next the Dutch officers objected to any gore being shed in Holland, and so the weary duellists wandered about in search of a nice quiet place, until they reached hospitable Charleroi.

The ending of the combat was characteristic of the two men — one a poet and the other a cool-headed lawyer. It was all business on one side and all poetry on the other. According to the arrangements made in Paris, the duel took place here this morning at eleven o’clock. The conditions called for the use of duelling pistols, the firing to be at the word of command. The distance agreed upon was thirty paces, and the place finally selected was the Bois de Marchiennes-au-Pont.

The four balls agreed upon were fired without result. But the actions of the two duellists were strikingly different.

M. Laguerre both times took deliberate aim at his opponent, and apparently did his best to kill or wound him. Not so M. Déroulède [pictured 23 years later, in 1913]. The ‘‘patriot poet’’ each time raised his pistol and fired in the air.

Two years later, Paul Déroulède would fight a duel with Georges Clemenceau…
Posted by Erik at 11:00

We "will commentate on current events with all the psychotic calm and serenity of a Palestinian father who explains that he can't wait for his 2 surviving sons to become martyrs": No Pasarán Celebrates 12th Anniversary

Twelve years ago, after enduring months of unceasing tirades of criticism and venom from Europe (and especially France) linked to George W Bush's 2003 invasion of Saddam Hussein's Iraq, a handful of independent bloggers (Douglas, Jonathan, and Liminal aka U*2) made good on their vow to unite their efforts and create a single, common weblog, one by the name of No Pasarán! (I would join five weeks later, and N Joe a year or two later.)

Below are the first two days of No Pasarán!

Le Monde's website is advertising a "lexicon for better understanding the United States" on the right-hand side of its front page. Although you have to pay in order to access the dictionary that contains over 400 "words of America," the advertisement is telling. If you click on the ad, a slide show opens with the following definitions:

It's comforting to know that Le Monde is doing its part to break down misunderstandings and stereotypes between French and Americans. Now we just need Conan O'Brien to come up with a dictionary for Americans to understand France.
Posted by Jonathan at 15:04

Last month, the ship, Bugaled Breizh, sunk off of southern England. Five Frenchmen died. The culprit was allegedly a Philippine-registered vessel called the Seattle Trader, which may have collided with the Bugaled Breizh. Although the UN Convention on the Law of the Sea indicates that vessels are under the jurisdiction of the country in which they are registered and therefore any action with respect to the Seattle Trader should be authorized by the Philippine government, France is bringing justice to the alleged culprits and is hunting them down. Philippine President Gloria Macapagal-Arroyo has denounced France's actions as "gun-boat diplomacy."
Posted by Jonathan at 14:52

Three years after the Convention was created, France has ratified the Stockholm Convention on Persistent Organic Pollutants, which restricts production of certain pesticides, industrial chemicals and unintended byproducts of combustion such as DDT, PCBs and dioxin. France was the fiftieth country to ratify the Convention, and "fifty" was the number required for the Convention to enter into force.

The United States is a signatory to the treaty, and President Bush submitted the Convention for ratification to the Senate back in 2002.
Posted by Jonathan at 14:37

And here is the second day of the blog:


We have no bananas to-day!

Let's check in on our friend Dieudonné. Where do we find his career?

The stunt he pulled seems to be costing him dearly, according to Le Monde. The paper writes that the show he was supposed to have yesterday at L'Olympia was canceled. The venue's directors issued a press release stating that, after receiving anonymous threats, they were canceling the show due to the "climate of extreme tension we have observed over several days." They say that Olympia would "not have the means to guarantee the security of its audience and employees." Indeed, Olympia claim that on Tuesday they received a letter from police headquarters that "reminded [the director] of his responsibilities" and pointed out "that the staff in private establishments are responsible for safety and security on their premises." Contacted by the AFP, Dieudo's agent said the "funny man" didn't want to "react in anger."

So much for that. Dieudonné decided to hold his show in the street outside the theater.


They came by the hundred to chant the slogan "freedom of speech" and to support Dieudonné, who decided to have his show on a platform erected on the sidewalk opposite Olympia, the venue where he was supposed to have performed on Friday and which canceled this.

The humorist raised his arms, greeted his fans, the "descendants of slaves," the "Arabs," the "blacks" and also the whites of all ages who had massed on the boulevard des Capucines in Paris, surrounded by anti-riot police. "We love you," shouted young girls, waving their cameras.

Libération is writing derisively that now Diedonné "takes himself for a defender of the black cause" and reports that the "comedian" said "400 years of slavery and we don't have the right to speak!"

Alain Finkielkraut is criticizing those who leveled threats against l'Olympia (causing the venue to fear for its safety), as he thinks they are "transforming [Dieudonné] into a martyr for human rights and freedom of speech."

Dieudonné is now claiming that he's been banned from French public television. "I've been banned from the TV... just like Coluche and Bedos once were." This was categorically denied however by France 2. Do you imagine they have any interest in seeing him ever again? Do you think many other venues will want to book him now? Can we now ask, as W. once did, "Dis donc Dieudo, les recettes de ton dernier spectacle, ça achète beaucoup de bananes?"
Posted by Douglas at 22:55

Le Monde is also offering a slide show of reconnaissance photos (note that in French reconnaissance means "gratitude") from World War II. Some are from the Imperial War Museum, some from the Aerial Reconnaissance Achives and some from the Public Record Office. They include that now famous photo of Auschwitz-Birkenau ("at its criminal apex") and of Omaha Beach (on D-day).
Posted by Douglas at 20:52

Star Wars told the story of a scrappy underdog, patterned after North Vietnam, doing battle with a corrupt American empire

In a post on The Force Awakens deploring the fact that "Star Wars has replaced the Bible as Western civilization’s primary cultural commonality" (both relevant and accessible to people across the societal spectrum), Benny Huang writes that


Star Wars has never been what it appears to be—good clean fun with spaceships and laser beams. Don’t feel bad; that’s what I thought it was too when I was a little kid playing with action figures.

Space ships and laser beams are the packaging not the story. To get to the real story it’s necessary to turn the clock back to April 1973, a time of great disillusionment, when the last American combat troops were withdrawing from Vietnam and the Watergate hearings were only a month away. With these generation-shaping events as a backdrop, twenty-eight year old George Lucas began typing the story of a courageous farm boy from the galaxy’s rural backwaters who took on a rotting empire replete with militarism and darkness—and won.

He told his audience that it all took place “a long time ago in a galaxy far, far away” but its actual setting was both contemporary and terrestrial. Star Wars was an allegory for the world as seen through the eyes of a baby boomer who had come of age on a college campus in the 1960s, who had felt the draft board breathing down his neck, and who had imbibed the spirit of San Francisco, where he was living at the time. The militaristic empire he imagined was his own country and the rebels were communist Vietnamese, though they could have been any number of “anti-imperialist” forces around the globe—the ANC in South Africa, the Tupamaros in Uruguay, etc. The Death Star was a warning against the destructive power of nuclear weapons, though it could be seen as analogous to the Pentagon. Darth Vader? Probably Dick Nixon or just a stand-in for the soulless admirals and generals in command of the war machine.

Lucas had other influences, of course, because inspiration is never that simple. Star Wars was also one part Flash Gordon serial and one part gun-slinging western with a whole heap of Kurosawa’s samurai cinema thrown in. The story also paralleled the Third Reich, starring Darth Vader as Hitler and stormtroopers as, well…stormtroopers.

But it was always about America, the only country George Lucas had ever known. If the film evoked images of Nazi Germany, the logical conclusion was that that’s what America had become or was on the verge of becoming. Star Wars could be read as a cautionary tale of what might happen if we didn’t change course.

… From its earliest drafts, the script told the story of a scrappy underdog, patterned after North Vietnam, doing battle with a corrupt American empire. The underdog had only his convictions to give him heart, while the empire, which seemed invincible, was actually rotten to the core.

Read Benny Huang's account of what a Star Wars movie would look like if, instead of the Richard Nixon and the George W. Bush administrations, it were telling the story of Barack Obama's record and policies…


The Obama Administration has given us so much material to work with, the script would practically write itself.

… Here’s a good one—the Jedi are prohibited from practicing their ancient religion for fear that some people might get their feelings hurt.

Interview with the Kiwi Author of the Upcoming Documentary, The Enemies Within 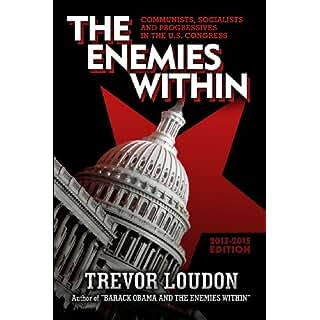 A native of New Zealand, Trevor Loudon is known for his research into the Communist Party and Islamism.


LOUDON: There’s a documentary coming out in May called The Enemies Within which is going to basically expose a whole bunch of neo-Communists, Marxists, and jihadists in your Congress and your Senate. … So we’re saying they’re right in there, right in the middle of your government.

Eccentric: Odd British Traditions From Around the Country

Related: 10 reasons to love the British pub
Posted by Erik at 09:30