From Across the Pond, a Nation of Cat Lovers 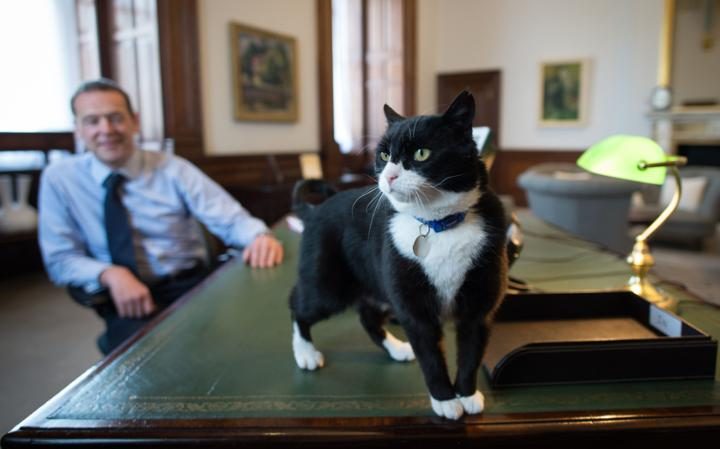 The Daily Telegraph sports a collection of photos under the title A nation of cat lovers (favourite British moggies in pictures), including a couple featuring Winston Churchill. 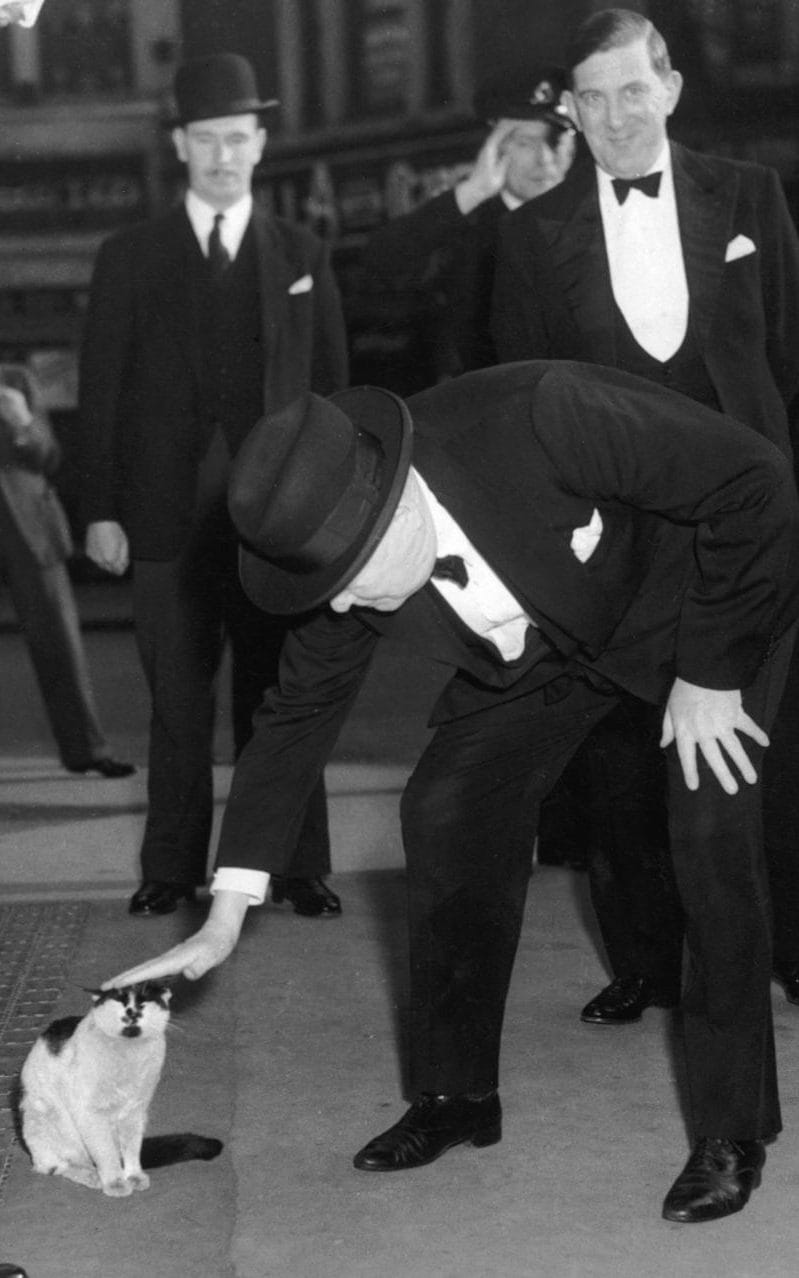 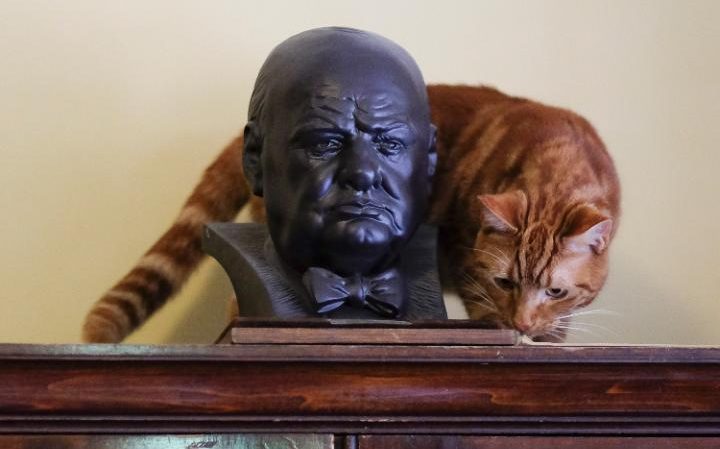 Yes, the meanings of words can change, agrees Benny Huang; but why is it that they always seem to change just at the moment the Left decides they should? (Update: thanks to Ed Driscoll and to Bird Dog for linking us.)


Gloucester County, Virginia wasn’t expecting to find itself in the midst of the never-ending culture wars when it told a female high school student named Gavin Grimm that she isn’t entitled to use the boys’ facilities just because she suffers from the delusion that she’s a boy. Grimm sued her school with the assistance of the Department of Justice and the ACLU. In a recent 2-1 decision by the 4th US Circuit of Appeals, Grimm won her case.

In order to find some accommodation for Grimm her high school went as far as installing three single-stall bathrooms throughout the school. I wonder how much those bathrooms cost and what was displaced to make room for them? For that matter, what will happen to those bathrooms after she graduates? This girl’s mental illness sure is a heavy burden on the taxpayers and her fellow students.

Grimm refused to use the bathrooms installed just for her because accommodation was never her goal. She wants to be treated like a boy and she will not be satisfied with anything less. Let this be a lesson: Meeting the rainbow bullies halfway never works because they see their struggle as a new civil rights movement. Their aim is absolute victory which necessarily requires your unconditional surrender. “Compromise” is not in their vocabulary; why is it in ours?

… The bathroom issue can and should be hashed out at the local level because federal law is silent on the matter. The reason that isn’t happening is because control freaks in the Obama Administration won’t allow it. In 2015, the Department of Education issued a policy letter stating: “When a school elects to separate or treat students differently on the basis of sex… a school generally must treat transgender students consistent with their gender identity.” The 4th Circuit found that a lower court failed to give this policy letter its due deference—probably because the policy letter is not the law. President Obama does not have the authority to tack clauses onto existing statutes just because he wishes they were there. That’s what dictators do, not presidents. The policy letter is, at best, a suggestion. Or at least it should be.

This isn’t even the first redefinition of the word “sex” in Title IX to mean something else entirely. Today “sex” can even mean “sexual orientation,” which is almost always code for sexual conduct. It was not interpreted this way until 2016 when a Clinton-appointed federal judge put a new spin on a 44-year old law. Now Title IX is being treated as if it axiomatically applies to “sexual orientation.” In time people will forget that there was ever a time that it didn’t.

Title IX was supposed to be a women’s rights bill but it became a “gay” “rights” bill, then a “trans” “rights” bill because judges decreed it to be so. Some people I know wouldn’t see the problem with this expansion of “rights,” so let me explain. Besides the fact that it goes far beyond the federal government’s enumerated powers, it also sets a problematic precedent. The lesson people will learn is that they don’t have to go through the process of changing laws as long as they have right on their side. And who, after all, believes that they have wrong on their side? No one I know.

If a law similar to Title IX is necessary to protect homosexuals—and I’m certainly not saying that it is—then it can be passed the old-fashioned way through the legislative process. Merely changing the meaning of the operative word in an old statute is cheating and it will surely diminish the rule of law.

Ironically, all of this word-morphing has gotten out of control precisely because people want to hide behind a false “rule of law” façade while advancing the rule of men. The rule of law is the idea that our law is supreme and must be obeyed by all. The rule of men is what exists in most of the world; the population is obliged to obey powerful people simply because they’re powerful. Powerful people are not subject to the law themselves and can change it at their whim. The law is what they say it is.

By changing the meaning of words, powerful people can rule by decree while pretending to hold the law in the highest regard. To see how this works in action, let’s look at an example from New York City where a man named Shawn Thomas was fined for using an e-cigarette on a subway platform, which is not actually illegal. Thankfully, Mr. Thomas decided not to take it sitting down.

Vaping is not smoking and the two words cannot be used interchangeably. The very purpose of e-cigarettes is to allow smokers and ex-smokers to get their nicotine fix in places where smoking is not allowed—which happens to be almost everywhere in New York City these days. Predictably, anti-smoking zealots are beginning to show that they are no more tolerant of odorless, harmless water vapor than they are of actual tobacco smoke. I can only conclude that anti-smoking hysteria isn’t and never was about second-hand smoke.

In the case of the People v. Shawn Thomas, the state argued that there was no need to pass a new law against vaping in public places because the old one covering smoking suffices—which confirms my suspicion that existing law was never about second-hand smoke. In any case, the state was asserting its authority to make up laws on the spot through the redefinition of words. That ought to scare anyone, even the most strident anti-smoking crusader.

Fortunately for Shawn Thomas, this argument didn’t persuade the judge who actually seemed to care what the text of the law said. New York defines smoking as “the burning of a lighted cigar, cigarette, pipe or any other matter or substance which contains tobacco.” E-cigs do not contain tobacco and nothing is burnt or lighted. Shawn Thomas won his case—and so did the rule of law.

Smoking is not vaping. One is illegal on the subway and the other one is not. Pretty simple.

But for people who want to fine their fellow citizens for doing nothing illegal the distinction presents something of a problem. These people unilaterally change the meaning of the verb “to smoke” and then demand that others respect “the law.” What they really want others to respect is their power to issue diktats.

If words have no objective meanings then they are nothing more than tokens of power. Powerful people can change their meanings as they please—and change them back just as easily. As liberals like to whine, “The meanings of words can change!” Yes, I suppose that’s true. But why do the definitions of words only change when leftists want them to? Who died and made them the final arbiter of the English language? The rest of us need to stop letting them get away with this nonsense.

… retribution is a poor rationale for taxation


Nor is the current pattern of contribution to the public purse obviously "unfair": the richest 1% of Americans pay more than a quarter of all federal taxes (and fully 40% of income taxes), while taking less than 20% of pre-tax income.