Whistleblower: What Lies Behind the Trump Impeachment 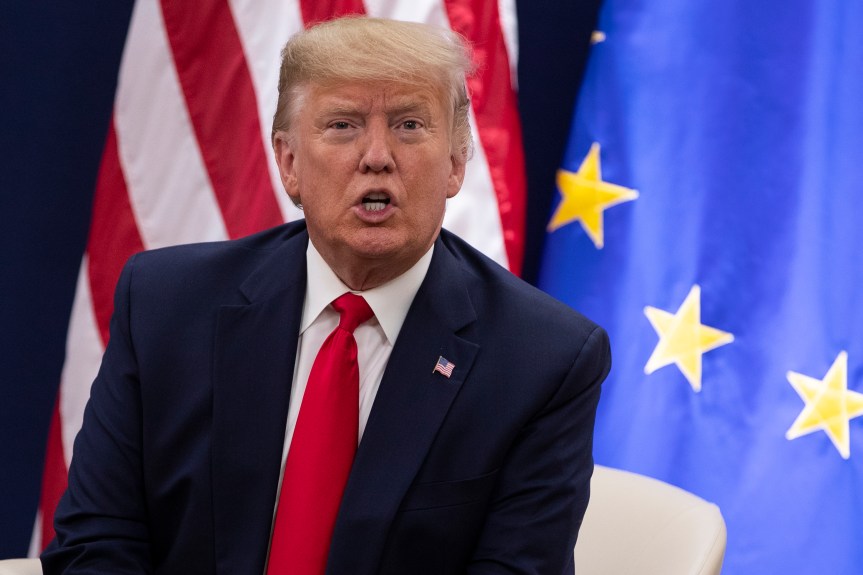 Whether one is for or against Donald Trump, the main problem is, and always was, the whistle-blower (or the alleged whistleblower).

But whether the person investigated is famous and holds the strongest position in the land or whether he is a lower level bureaucrat and is barely known outside his department, then at one point, it is simply common sense that when you go to trial, the whistle-blower must come forward and be identified.

Once you go to trial, whether, again, you are famous and/or powerful or less well-known and far less powerful, the “defendant” — who no matter how powerful he is is supposed to be innocent until proven guilty — and his lawyers (as well as… the general public!) have the right to know who is making the accusation and to determine to what extent, if any, the whistle blower is motivated at least partly by bias.

Have the Democrats — who are all supposed to be lawyers and all — forgotten the age-old right of being allowed to confront one's accuser(s)?

As Matthew Continetti (thanks to law professor Glenn Reynolds) reports,


The mainstream media and liberal commentators have been quick to praise Schiff's performance, the Free Beacon recently reported, with talking heads arguing he would be remembered for "generations to come" and that he was "dazzling," "masterful," "very, very good," and "awfully impressive."

By the time that the members of the House were getting together to vote on impeachment, the whistle-blower should have been identified long since (while of course being under protection — if deemed necessary) and be subject to questioning, friendly or otherwise.

Why should one call witnesses when the first, and the main, witness is not allowed to testify and be questioned?

MSM journalists — echoed by movie stars such as Brad Pitt — will come up and insistingly ask Republican senators like Ted Cruz, "But aren't you curious to hear what John Bolton has to say?!" That sounds like it might be a pretty reasonable request if, and only if, they, or their colleagues, had deigned to ask Democrat congressmen and senators alike (as well as Republican ones, for that matter) the far more important question, "Aren't you curious to hear what the whistle-blower has to testify?!"

Doesn't the very fact that the whistle-blower's identity was never revealed by Adam Schiff suggest, in and by itself, that he (or she) was far from a neutral, an objective, and a believable witness?

(For your information, every single person in Washington does know who the whistleblower is; In case you’re interested, he shares the same first name as myself — although spelled differently)

That the whistleblower was still not identified after the Senate went into session for impeachment is nothing less than ridiculous or outrageous — if not both.

To be deciding a person’s guilt (no matter how much you think he deserves to be punished) on anonymous accusations and hearsay:

I will not say exactly that it is akin to a Stalinist show trial, but it sure seems that the United States has been trending in that direction these past few years (which, in turn, helps explain the outcome of the 2016 elections).

Does that sound like hyperbole? Not only was proof against the defendant — aka the guilty person — allowed in testimony from anonymous neighbors, but a classic occurrence in a USSR trial was the defendant declaring that "I am innocent." The reply of the Soviet judge (not the prosecutor): "Then why are you here (in the first place)?!"

In that perspective, the sympathizers of Democrats the world over have been repeating exactly the same basic message: if The Donald is impeached, the reason must be that he is guilty, and the House of representatives must discover which crime(s) he committed.

To paraphrase Stalin's chief of police:

Indeed, writes Howie Carr in the Boston Herald, Donald Trump is, as it happens, charged with only one crime: being Donald Trump. This kind of charge has been the case for conservatives, both in and before the Trump era, from Brett Kavanaugh to Roger Stone, along with people unrelated to The Donald, such as Christian cake bakers, wedding photographers, and boy scouts.

One of Donald Trump's  most important memes is that


With a likeness to the Uncle Sam “I want you” poster, the disrupter-in-chief reaffirms in 14 words the belief of Trump Nation that the political establishment, the media, the permanent bureaucracy and yes, the deep state are trying to crush him and them.

The president tweeted the image the day House Democrats voted to impeach him, and hours after his raucous rally in Michigan that evening.

The tweet included no added comment because none was needed. The message is clear: I am all that stands between you and the barbarians at the gate. If I fall, you are next.

As Brendan O'Neill wrote a day after the 2016 election, the reason that Donald Trump pulled his shocking upset was, and is, the élites'

Every non-leftist citizen is a deplorable who is guilty of racism, sexism, transphobia, and
and who needs to be punished. To that end, a nanny state needs to be built with an ever-expanding army of bureaucrats, along with lots of courts and courthouses to manage "the ignorant, the everyday, the non-subscribers to the New York Times, … America’s strange, Bible-toting inhabitants", and rain down punishment upon them when necessary.

The leftists love courthouses to manage those who would be free. (On an international level, it is so-called "international law" that is supposed to reign in the United States (along with other Western nations like Israel).) Shaming the citizenry (especially men) is also the purpose of such cultural things as the 1619 project…

"Please listen closely. You've got to understand right now if you are a conservative, if you are a Republican in the United States of America, you have every, every single right to feel that you are not being treated fairly, that the justice issued in this country is not equally applied," Hannity said.

"You have every right to feel that way, because it seems that in this United States, on this night, only conservatives, only Republicans, and especially people that like Donald Trump can get prosecuted ... all while Democrats in the deep state can pretty much do everything without consequence."

…  Hannity said [Nancy] Pelosi's comments point to a "two-tiered system of justice" which has frustrated the president.

"Here's the point. This is serious because we are talking about a two-tiered system of justice. It has to be fixed. The frustration that I feel, the president feels, all these people, they all get the book thrown at them. All these other people, they seem to always get away with it and nothing ever happens. "

Indeed, my own take on 2016 was, and is, that leftists ensured they would lose that year when they started suing your neighborhood baker for hundreds of thousands of dollars and forcing institutions to open bathrooms to transgenders…


"In reality they're not after me; they're after you; I'm just in the way."

Related: Trump was to be impeached for asking about a corrupt arrangement; but no one is ever impeached for engaging in it
Posted by Erik at 16:19 4 comments: