With each passing day, new irregularities, security vulnerabilities, and illegalities are being unmasked by bombshell revelations 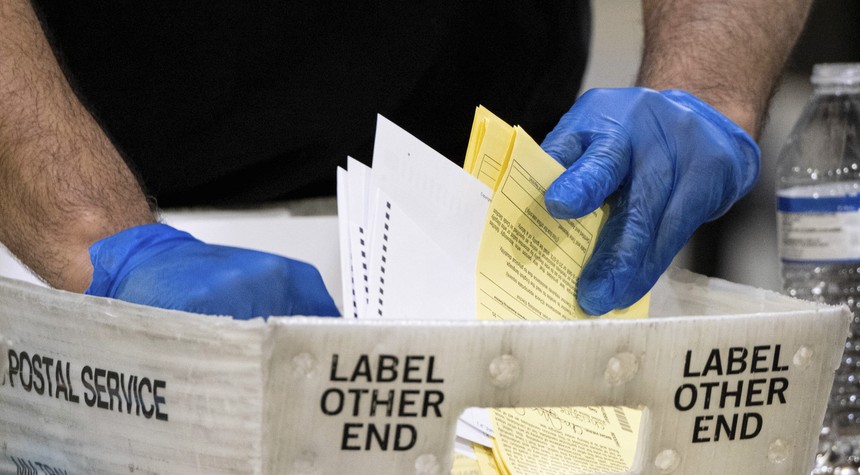 … with the help of the mainstream media, Democrats quickly dismissed all sorts of suspicious things that happened in 2020, when Donald Trump went from being on the path to reelection to suddenly falling behind Joe Biden in the middle of the night.

If the 2020 Election Was So Secure, asks Matt Margolis at PJ Media, How Come We Keeping Discovering Irregularities? This, after

years of dismissing their own election defeats as illegitimate, Democrats had no patience for those questioning the results of the presidential election in 2020.

… Despite the bizarre swap of frontrunner status, the left insists that the 2020 election was the safest, fairest, and most secure election in the history of the world. If you dare suggest Biden stole the 2020 election, you are immediately declared a fringe conspiracy theorist. Express these opinions on social media, and you’ll be censored or even banned.

Yet, as John Solomon at Just The News notes, “with each passing day, new irregularities, security vulnerabilities and illegalities are being unmasked by bombshell revelations from courts, legislators and other investigative bodies like the FBI and Homeland Security Department.”

For example, a couple of weeks ago, the Wisconsin Supreme Court declared in a 4-3 ruling that most absentee ballot boxes used in the 2020 election were illegal—accounting for well over Biden’s razor-thin margin of victory in the state.

… Last September, a forensic audit of the 2020 presidential election vote in Maricopa County, Ariz., found 53,214 ballots impacted by irregularities of medium, high, and critical severity. Joe Biden’s state-certified margin of victory was only 10,457.

… In Georgia, where Joe Biden’s state-certified margin of victory was only 11,779, there’s evidence that there were potentially 35,000 illegal votes and thousands more violated chain-of-custody laws.

Solomon documented more than 21 confirmed examples of illegalities and irregularities from the 2020 election, and it seems likely that more will be exposed in time.

Related: • A coup? On election night, we watched states call for Biden before votes were counted, while states that Trump has a solid lead in, stopped counting

• Inside of a month, Democrats have redefined riots and election challenges from the highest form of patriotism to an attack on democracy — And by “democracy”, they mean the Democrat Party

• Isn't America Being Governed by a Mafia Family Dynasty, setting things up so that there will always be Democrats in power?

• Leftists' Abhorrent Behavior: The Democrat Party seeks to demonize, criminalize, and extinguish dissent from the 75 million supporters of Donald Trump"

• The Mote in Thine Own Eye: Why Are Conservatives So Naïve That They Refuse to See the Beam in the Eye of Those Who Hate Their Very Existence?
Posted by Erik at 20:36 No comments: