This is your chance to sing in Swahili!

Horrible! A despicable racist named Roger Whittaker engages in Swahili cultural appropriation with the Edmonton Symphony Orchestra. And the appallingly un-woke members of the audience at the Jubilee Auditorium seem to be enjoying it…
Posted by Erik at 11:07 No comments:

While Calling Assad a "Gas Killing Animal", Was Trump Also Referring, Obliquely, to Putin the Poisoner? 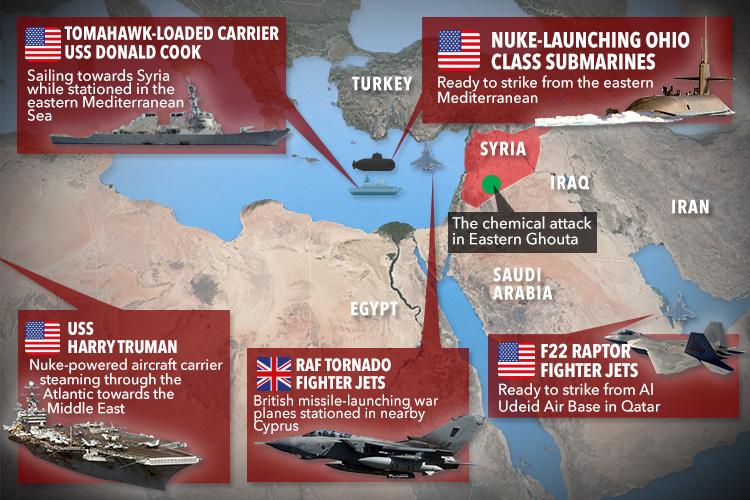 
DONALD Trump has told Russia to "get ready" for American "smart" missiles heading to Syria while blasting Putin for partnering with "Gas Killing Animal" Bashar Assad.

I can't help associating Gas with Poison — two largely invisible killers — and wondering whether, in the same breath, the "Republican firebrand" isn't referring to, and condemning, Putin's poisoning of a Russian spy and his daughter in the UK.
Posted by Erik at 23:54 No comments:

A foreigner who knew John Bolton during the Bush administration writes to the FT: he is a rational agent who is perfectly capable of engaging in constructive dialogue 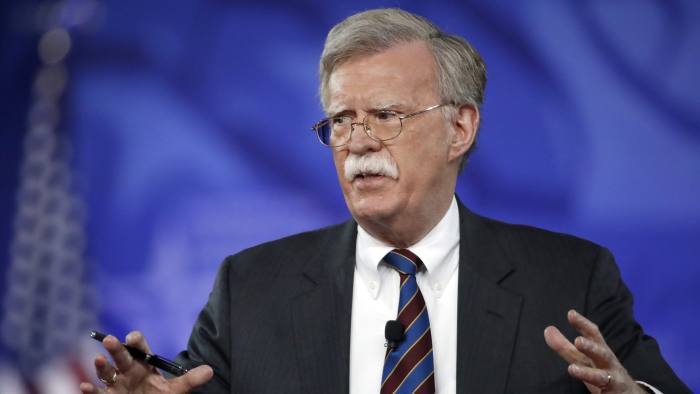 So many people, both inside and outside the United States, have reacted with horror at the nomination of John Bolton to the upper echelons of U.S. power that the Armenian who served as his country's permanent representative to the UN during the time of the Bush administration, Armen Martirosyan, felt the need to write to the Financial Times to set things straight.


Since U.S. president Donald Trump announced John Bolton as his next national security adviser, the prospect of “possibly Washington’s most aggressive hawk”, as he was described by [the Financial Times’s] Simon Kuper (“Don’t get distracted. John Bolton is a huge threat,” April 7), having a central role in the formulation of American foreign policy has become a cause for foreboding apprehension for many.

In 2005, as the then permanent representative of Armenia to the UN, I was a first-hand witness to then U.S. ambassador Bolton’s aggressive campaign for an anti-Iranian resolution at the UN General Assembly. Armenia’s position on the Iran vote did not meet American expectations, so the U.S. mission contacted us with an urgent request for an appointment with Mr. Bolton.

It was abundantly clear that Mr. Bolton was not ready to take no for an answer, and this peculiar situation called for unorthodox solutions. After a brief welcome, to my guest’s utter surprise I unveiled a map of Armenia and rolled it out over my desk.

With this visual aid, I impressed on him the relevant regional complexities facing my country and thus justified our position on the resolution. Before his departure, Mr. Bolton accepted a sip of Winston Churchill’s favourite Armenian brandy, Ararat, as a seal of our new understanding.

My advice to all potential interlocutors is to treat Mr. Bolton as a rational agent who is perfectly capable of engaging in constructive dialogue and adjusting positions based on new-found insights.

Be sure to subscribe to the Financial Times. It is worth it, for the daily is full of treasures like this one…

Did the CIA and the FBI become opposition research shops for the Obama White House and the Hillary campaign?

The left used to get very worked up about the CIA’s interference in foreign elections.

The American Spectator's George Neumayr has penned what is possibly the best single article on the 2016 election scandal (thanks to Instapundit), the alleged Trump Russia collusion and the real wrongdoing that has been (deliberately) hidden by the noise covering that alleged scandal.


Liberals [used to] quote solemnly the work of Philip Agee, a CIA turncoat who wrote articles and books about the agency’s manipulation of this or that foreign election. But these days ACLU-style liberals shrug at the meddling of John Brennan’s CIA in the 2016 American election, mischief that the FBI is still trying to conceal.

It was reported recently that the FBI refuses to show Congressman Devin Nunes an unredacted copy of the origination document that triggered the probe into the Trump campaign. What is the FBI hiding? Paradoxically, nothing — that is, no classified information showing collusion between Trump and Russia. The FBI is simply trying to hide the embarrassingly partisan origins of its spying on the Trump campaign.

Were the redactions covering material harmful to Trump, that material would have been leaked by now. So the redactions can only be concealing the fingerprints of Hillary’s partisans in the Obama administration. The FBI will eventually have to fess up to the politicization to which it succumbed — that the most virulent Hillary partisan imaginable, John Brennan, had put pressure on FBI officials to start the probe, that a Trump hater, Peter Strzok, formally opened up the probe, that the smears of a paid opposition researcher for Hillary, Christopher Steele, contributed to the probe, that scandalous “intelligence-sharing” between Brennan and foreign intelligence agencies shaped the probe, and that FBI officials suspected the probe was unfounded but pursued it anyways at the insistence of Obama officials.

The FBI says it is redacting “sensitive information.” That’s true in an ironic sense: the FBI is very sensitive about the information, in that it illuminates the agency’s transformation into an opposition research shop for the Hillary campaign. Take her partisans out of the picture and the probe would never have started.

In an attempt to sanitize the probe, the media has attributed its origin to a drunken conversation between an Aussie diplomat and a minor Trump campaign volunteer. But that’s a joke. Maybe the FBI threw that into the pot at the last minute, but John Brennan had been stirring it for months before then. As Brennan told Congress, “we were uncovering information intelligence about interactions and contacts between U.S. persons and the Russians. And as we came upon that, we would share it with the bureau.” Notice his use of “we” in that statement. By “we,” Brennan meant his retinue of Hillary partisans at the CIA who had been shaking foreign intelligence agencies down for any dirt on Trump.

The British intelligence, in cahoots with Brennan and Christopher Steele (who was on Hillary’s payroll), figured largely into this mischief. In all likelihood it will come out that the “information” British intelligence shared with Brennan was just recycled Steele material. The “allies tipped us off to Trump-Russian collusion” storyline is a sham, designed to distract attention from a chain of Hillary partisans who in the thick of a campaign were circulating smears among themselves and calling it “intelligence sharing.”

It was the blinding, viscerally personal hatred of Brennan for Trump, perhaps more than anything else, that turned all those phony “tips” into a counterintelligence probe. In the grip of that kind of feverish antipathy, combined with his desire to continue as CIA director under Hillary, Brennan could convince himself of any Trump monstrosity and made it his mission to prod the FBI into harassing him.

… But it wasn’t enough for Brennan to push the FBI investigation. He also had to publicize it, which he achieved through another person in Christopher Steele’s orbit, Senator Harry Reid, whose Super PAC, as the Daily Caller reports, was run by the very Hillary lawyer who hired Steele’s services. Brennan briefed Reid on the beginnings of the FBI investigation he instigated, knowing that Reid would leak the contents of the briefing to the press.

About this astounding meddling in an election by a CIA director, the Philip Agees of the left have fallen completely silent. But that makes sense. After all, how can old radicals inveigh against the CIA as a “wilderness of mirrors” when it is John Brennan’s reflection in it?