Where Are the Mickey Mouse Ears?… 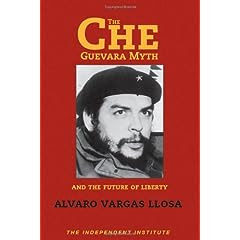 Alvaro Vargas Llosa is the director of the Center on Global Prosperity at The Independent Institute, the coauthor of The Guide to the Perfect Latin American Idiot, and the author of Liberty for Latin America (gracias para Arthur Wneir — post updated with suggested links from our readers).
Posted by Erik at 20:11