Arriving to its' Logical Conclusion

Who is Zapatero really?:

«"We would like to note that ever since the European Union, encouraged by the government of Spain, re-instated normal relations with the Cuban dictatorship, there has been an increase in the repressive measures taken against peaceful opposition groups, which include physical aggression and persecutions in their own homes."»

Well of course - what do you expect from a tyrant? It always starts with duping kids into lovefests that cost their parents something, and ends with pride in a comprehensive national dental plan that includes, simply, pulling teeth. Actually where it all ends goes well beyond convincing some dipshit college kids to wear t-shirts with the North Korean flag on them (especially since they aren't emaciated).. it's when a fool like Zappo sells chemical weapons to Hugo Chavez. 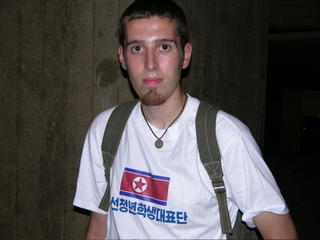