What choir will Galloway preach to? 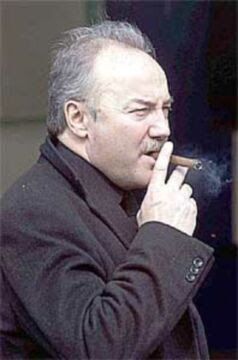 Robert Tumminello, the Expat Yank, has it right when it comes to Galloway and his upcoming testimony before the U.S. Senate. Johann Hari's fear that he'll sit there and use it as a platform to gas-bag like his ventriloquist's dummy followers:

«Perhaps. But it is important to bear in mind that in this situation he will not be preaching to the choir. Nor is he going to be able to "bulldoze"as if he were facing ITV presenters, the unfortunate Oona King, or even Paxman.

This is different. This time, he will be testifying before a U.S. Senate committee. Those committees are accustomed to grandstanders, oddbods and dramatists of every size and every type. (Sometimes, they even deliberately invite them in, as this invitation demonstrates.) We have a good laugh at U.S. senators, but joking aside on balance they are a seasoned, tough lot.»

Never mind the fact that Georgie Boy looks like he was sent down from central casting, more so than any politician I've ever seen.

For further illumination see The Daily Ablution, whether you need to or not...