“The left longs for Mitterrand and the right longs for De Gaulle”: Extreme Parties Poised to Capture 30% of French Vote on Sunday 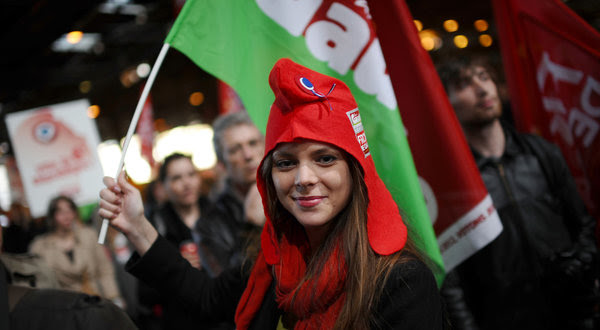 François Kahn has had enough of the French mainstream 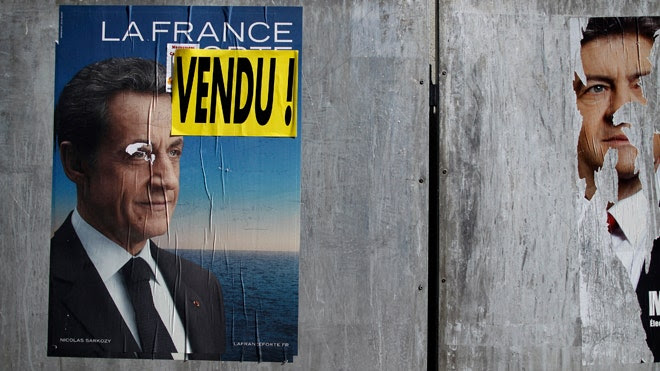 Raised in a conservative Parisian family, his sympathies growing up were on the right. About 10 years ago, he switched his allegiance to the Socialists, who seemed to embody values that had grown important to him, such as equality and social justice.

But on Sunday, the first round of France’s presidential elections, Mr. Kahn, a 30-year-old strategic planner and graduate of one of France’s top business schools, will be voting for Jean-Luc Mélenchon, a former teacher and Trotskyist, whose party, the Front de Gauche, groups a hodgepodge of former Communists, environmentalists and anti-globalists disheartened by a presidential race that many voters feel is out of touch with their bread-and-butter concerns about jobs, the rising cost of living and the future of their state pension and health care benefits.

“The Socialists have really become a party of the center-right,” Mr. Kahn said. “It’s almost like they are too embarrassed to be on the left.”

Such frustrations are manifesting themselves across France in stronger-than-usual support for so-called fringe candidates on both the left and the right. Together, the extreme wings of French politics are poised to capture as much as 30 percent of the vote on Sunday, according to opinion polls taken in the weeks before Sunday’s election. … That is more than either of the two front-runners, President Nicolas Sarkozy and his Socialist challenger, François Hollande, are expected to take among a field of

… The choice amounts to either doubling down on France’s Socialist traditions and ample — some say, unaffordable — welfare state, or moving farther toward the kinds of reforms aimed at trimming the state and opening French labor markets that Mr. Sarkozy has long promised but has been largely unable to deliver.

For the moment, at least, voters are in effect saying they want neither, or at least not the polite solutions put forward so far by the politicians of France’s two main political parties.

“The French mistrust of politicians and institutions has never been so high as it is today,” said Pascal Perrineau, director of the Center for Political Research at the Institut d’Études Politiques in Paris, also known as Sciences Po. “We are experiencing a major crisis of confidence.”

… “The left longs for Mitterrand and the right longs for De Gaulle,” said Mr. Perrineau of Sciences Po. “This all has a direct impact politically,” and is reflected in the high rates of abstention and willingness to vote for the far right and far left.

“The French are telling us something,” Mr. Perrineau said. 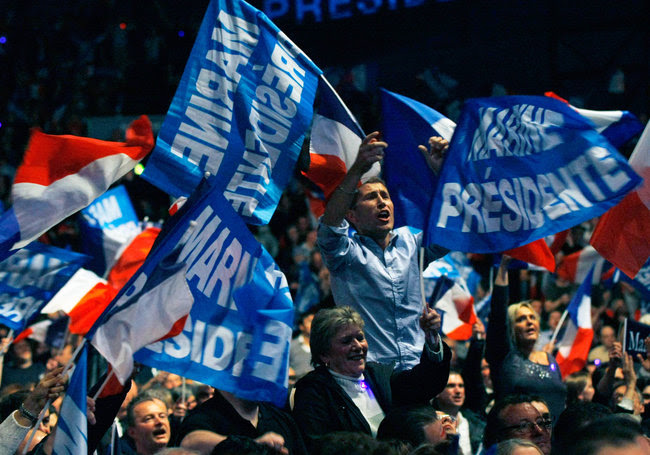 See also:
• A Miserable Precedent? In France's 1st Election Round, Extremism’s Total Promises to Beat Either Mainstream Candidate
• While France Goes Berserk Because of 1 Lone Member of the American Nazi Party, French Extremists Promise to Win Most Votes in Sunday's Election
Posted by Erik at 01:58