Hope & Change: Leading in the Polls, France's Socialists Look to Obama for Inspiration

Referring to the initial of François Hollande's last name and to one of Barack Obama's campaign slogans in 2008 (as well as to one of his 2008 campaign pictures), 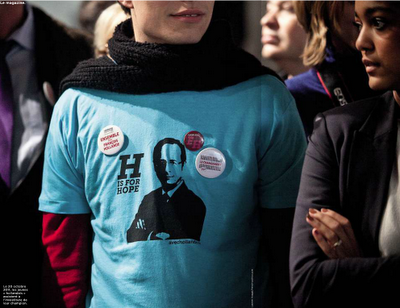 a Socialist Party member wears a T-shirt reading (in English): H Is for Hope.

As for one of Hollande's campaign posters, is it any coincidence that it refers to "change" (Change Right Now)?

France's socialists keep looking to Barack Obama for inspiration while going out of their way to point out the alleged similarities between their candidate and the occupant of the White House.

Because Obamania still reigns in this nation. Which is due in turn to the mainstream media — in France as well as in the States — not reporting on the economic catastrophe due to the Greek-ish policies of the One, nor showing any interest in anything negative about Obama at all… 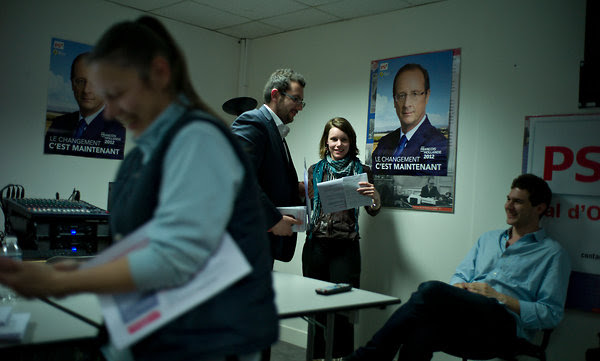