The Gift of What U.S. President Does the Leader of the Latest African Country to Become Independent Display? Obama's? Or Bush's? 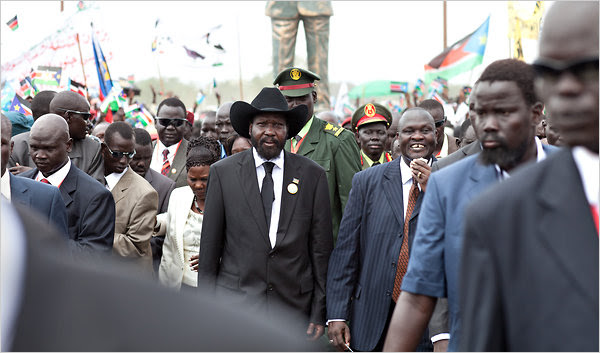 A new country is born. A new country in Africa. South Sudan. And whose symbol, the gift of which U.S. president, does the African country's new president proudly wear (during the independence ceremonies photographed by Tyler Hicks)?