Ever wonder what it’s like to travel back in time?

“A guy from Hezbollah TV came down here to Fatima Gate once,” Leena said, “and some Israelis having a picnic on the other side recognized him. ‘Hey!’ they said. ‘You’re that guy from Hezbollah! What’s up?’ He was furious. He wanted to say something, but no one here is allowed to talk to Israelis. So he growled at them.”

She smiled. “He just clenched his teeth and went, ‘Grr.’”

The notion that we should feel “inclusive” of this culture is why I will never willingly go back there:

Hezbollah erected a billboard next to him that faced south and taunted Israelis with horrific images of violence and war — dead bodies gunned down in a street, a soldier with skin missing on one side of his face holding a rocket launcher, and a Hezbollah militiaman holding up the severed head of an Israeli man by his hair. Underneath these gruesome photographs was text written in Hebrew referring to Israelis who had been captured and never returned: “Sharon don’t forget, your soldiers are still in Lebanon.”

I felt embarrassed for Lebanon that this was what Israelis saw when they looked north. What on earth must they have thought when their eyes lit upon that barbarous billboard?

Why? Because they’re barbarians, and they don’t care. Hizb’allah are more than happy to turn Lebanese society into a Iranian proxy populated by angry, illiterate, and vulgar louts willing to use the general population as a human shield against their will.

Of all the cities in the world I could have relocated to, I chose Beirut, partly because I liked it, but mostly because it was the capital of the only country in the whole Middle East that had freed itself from the great Arab prison. Damascus was a dungeon, Baghdad was on fire, Cairo was choking with slums, and Dubai was a mall. Beirut was the light. From Israeli soil, however, Lebanon must have looked like Somalia.

To be more precise, from most of Lebanon, Hizb’allahstan looks like Somalia. 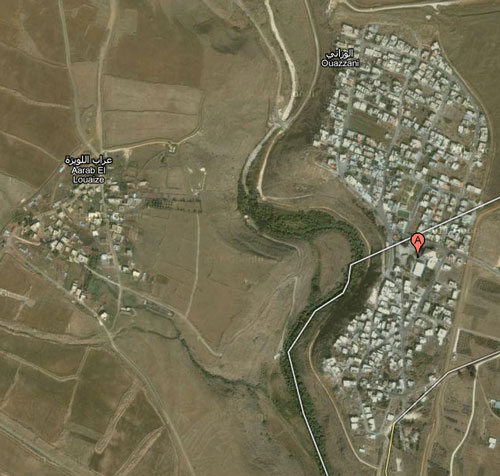