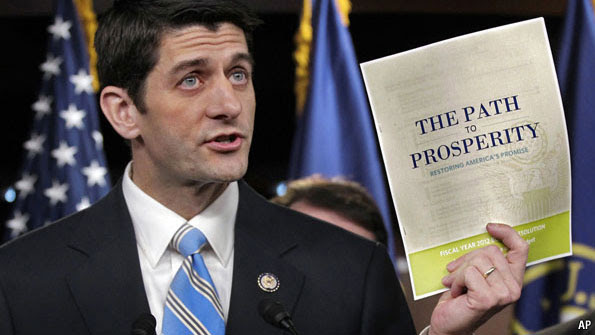 BARACK OBAMA, as we unhappily noted when he produced his budget in February, has no credible plan for getting America’s runaway budget deficit under control

editorializes The Economist (Praising Congressman Ryan), although the London weekly has been Democrat/leftist-leaning for the past dozen years and, therefore, fully Barack Obama-friendly since he became the Democrats' candidate in 2008…

On April 5th Paul Ryan, the young chairman of

the House Budget Committee, laid out a brave counter-proposal for next year’s budget and beyond (see article)—brave both in identifying the scope of the problem and in proposing the kind of deeply unpopular medicine that will be needed to cope with it. It is far from perfect; but it is the first sign of courage from someone with actual power over the budget.

Unlike Mr Obama, Mr Ryan puts fiscal responsibility at the centre of his plan 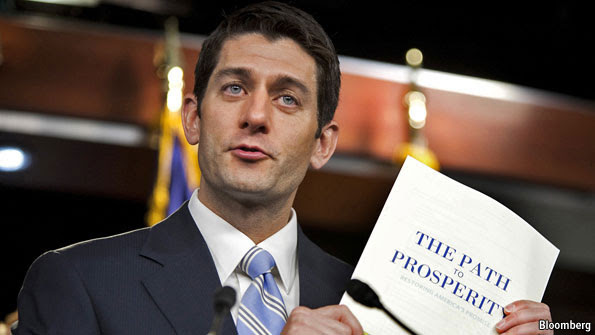 … Mr Ryan accepts that the present system is unaffordable and destined to collapse. Everyone else, including Mr Obama, is pretending that it isn’t. Mr Ryan’s willingness to confront the scale of the problem has set a standard by which other proposals will now have to be judged.

You can download Paul Ryan's PathToProsperityFY2012 plan here…
Posted by Erik at 13:13