the "Left" is aggressively secular and anti-religious; considers pornography to be "protected" hate speech; considers prostitution and trafficking to be forms of "sex work" which should be de-criminalized or legalized; views paternal sole-custody of children as the feminist solution to the problems that mothers have when they juggle child care and career responsibilities; believes that men and women are actually the "same"; has absolutely no foreign policy except that of opposing whatever President Bush and America do or ever have done — they really might as well be French; and has no universal feminist policy vis-à-vis jihadic Islam and its Muslim victims.

Speaking about feminism is Phyllis Chesler (shookhran to Jay), a woman who, when she "was very young and twice as foolish, [married her] college sweetheart who was, [she] thought, a very Westernized Muslim man from Afghanistan":

many academic feminists fear that any serious critique of veiling, purdah, or polygamy might be slandered as "racist." They are right. These days, telling the truth about indigenous Islamic barbarism towards women and men is quickly branded as "politically incorrect" and dismissed as "racist" and "imperialist" arrogance. It requires real courage and clarity to stay this particular course of truth-telling. While some feminists did sound the alarm about the Taliban, they did not rescue Afghan women physically, personally, militarily, or economically. In addition, feminists have not focused on the right to motherhood, but primarily on the right to abortion; they have not focused on creating a strong feminist foreign policy, but primarily on the rights of gays and lesbians. Personal sexual freedom and identity politics have trumped universal human rights.

I happen to support civil rights for gay people and women's reproductive freedom, but we are at war, and such rights will matter little if we are all bombed back to the tenth century. Iranian feminists have always marched for women's rights on International Women's Day. In the past, they have been roughed up, arrested, sometimes tortured. The fact that they are willing to march at all is heart-stoppingly brave. This year, they have been informed that if they march the police will shoot them down on the spot. Western feminists have been as shockingly quiet about this as they have been about the repeated gang-rapes in the Sudan perpetrated by genocidal ethnic Arab Muslims against black African Muslim and Christian women. … 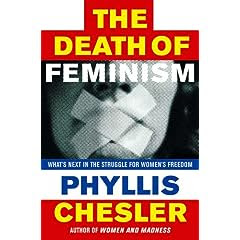 I mourn the Stalinization and Palestinianization of the feminist postcolonial and postmodern academy and media. Because such feminists refuse to "judge" Islamic gender apartheid, they and their institutions and organizations have become anti-activist, anti-American, anti-Israeli, isolationist, and, at best, tools of the Democratic party. At worst, they are apologists for Islamist jihad. To avoid the McCarthyite charge of "racism," such feminists have been willing to sacrifice the victims of Islamism on their "multicultural" altars. …

My experience [in an Afghan marriage] taught me some important lessons that are currently of vital importance to Americans.

First, I learned that both evil and barbarism are indigenous to every culture and not caused by imperialism, colonialism, or Zionism — as the Western intelligentsia would have it. Afghanistan had never ever been occupied by the British, who literally died in droves trying to invade. The refusal to enter the 20th century was an entirely Afghan and Muslim decision. I was there in 1961, long before the Taliban made things much harsher for girls and women.

Second, I learned that Muslims who can pass for Westerners often have multiple cultural personalities. In the West, they are like us; in the East, they are not. In a jihadic era, when jihadists are moving among us and have access to our most advanced ideas about tolerance and to our technology, it is important to keep this in mind. 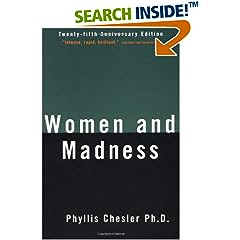 Third, I also learned that America may not be perfect, but it is not the worst country in the world; rather, it is the best country. It is a perspective that I would like other Americans, especially our academics, to ponder. What we have here would constitute a revolution in any Arab and Muslim country.

Fourth, I am not a cultural relativist. I have seen the lives of poor people and of women in a third-world country and believe that they are entitled to the same rights and freedoms that Western people enjoy. We have a moral imperative to assist in the modernization of all human cultures; how to do so, and at what cost, remain unanswered, burning questions.

Finally, … I became finely attuned to religious apartheid as well.

Today, the level of anti-American and anti-Jewish propaganda in the Islamic world is lethal, toxic, and has unleashed a global jihad against both Israel and the West. We cannot afford to tolerate the intolerant nor can we afford to minimize the dangers to our civilization posed by Islamist fanatics who have successfully hijacked their religion and peoples. There were also "good" and moderate Germans during Hitler's reign. What matters is that they did not stand up to Hitler. What matters is that otherwise "good" people appeased him as well....

…as I write in The Death of Feminism, the level of anti-American and anti-Israeli propaganda and intolerance towards all those who do not kow-tow to it is fairly monumental on many feminist list-serv groups. If one does not believe that America "deserved" 9/11; if one does not view America as the true "terrorist"; if one does not believe that Arabs and Muslims are being persecuted in America for "racist" reasons; and if one does not simultaneously believe that the Jews are "imagining" or "exaggerating" anti-Semitism — then one is not welcome on such list-serv groups. In fact, I was literally "purged," Stalinist-style from one such group for my various pro-America and pro-Israel "Thought Crimes."

The following from Phyllis Chesler sounds what it is like to be a writer in France these days: 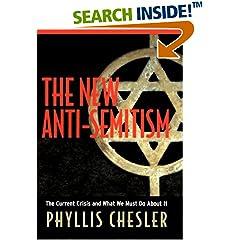 The kind of closed-minded "political correctness" which I have just described above is typical of groupthink and totalitarian thinking. If someone thinks for herself in an independent and creative way and dares to come up with non-party-line conclusions, she or he is then, in classic Orwellian style, deemed the enemy, a traitor, a non-person. Their work will not be read or discussed. They will not be invited to debate or to debate in a civilized and honorable way. They will be called a "racist" and a "neoconservative." If a feminist dares raise the specter of Jew-hatred and the demonization of the Jewish state among leftists and feminists, she will quickly discover that she has become unwelcome in the mainstream media and among leftists (who actually think of themselves as liberals), and among feminists. Palestinianized Western feminists are more concerned with the so-called occupation of a country that does not exist (Palestine), than with the occupation of women's bodies worldwide under Islam. The fact that feminists and leftists still continue to call for boycotts of Israel and to actively demonstrate against a war-time president even after 9/11, 3/11, and 7/7 tells me that they have literally been brainwashed and that reality has no defining role in determining their thoughts or their actions.