Baiting the capitalism that they thrive on for political advantage 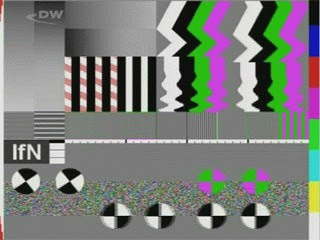 Karin Quade, who runs the fine website Anti-anti-americanism from Germany wonders about the motivation behind the SPD’s recent tome against capitalism, as well as inconsistent actions which give their stated position an air of moral repugnance:

«Franz Müntefering, the chairman of the Social Democratic Party, is attacking the business world by criticizing "the internationally growing power of capital and the total economization of short-winded trade for profit"1. And believe it or not: Chancellor Schröder and Wolfgang Clement minister in charge of the Economy and Labor support Müntefering´s rhetoric. And they are not alone: according to an opinion poll2 two thirds of Germans agree.

Is this the reason why our government prefers trading with countries like Russia and China? And how do big business deals being signed with Russia and China match the anti-capitalist rhetoric? Schröder in an interview last December said that going to China helping the German economy was patriotic3. Is it also patriotic calling German employers "market-radical and anti-social"4?

And where have the former leftist ideals gone? You don´t remember? I was thinking about human rights, justice and so on. All forgotten?

About a week ago Russian President Vladimir Putin came to Hanover to open the world´s largest industrial fair with Chancellor Gerhard Schröder. Important business deals have been signed. Chechnya? Not mentioned.

Same with China. Winning business contracts with China is patriotic. Human rights? Never heard about. And that´s not all! Our Chancellor even wants the European Union to lift it´s weapons embargo on China. Although China is threatening Taiwan. And again, if China attacked Taiwan it would be the U.S. who would guarantee freedom and human rights in the region.

I´d really wish the Left would TEST the WEST! Who knows, they might like it and that´s why the under European law obligatory warning-label is indispensable: "Warning! Testing the West might destroy your world-view!"»

David’s Medienkritik chimes in too. From the graphic that they chose to run, their distaste is also quite clear:


«The SPD's major problems?: The Iraq war is no longer a major issue and people are slowly growing tired of America-baiting and Bush-bashing. Unemployment is at record highs and expected to rise, economic growth has slowed to virtual stagnation and the country continues to run chronic deficits above the 3% maximum set by the EU. So, what is the sputtering German left to do?

so he thinks... Public Enemy #1: Global Capitalism [what? not surprised?]