"Go to the Devil, Charlie Hebdo!" "You Will Reap the Consequences"

Following the firebombing of the offices of Charlie Hebdo, as described by Yves Bordenave et Xavier Ternisien (video excerpts from French news reports), it is now the turn of the weekly's Facebook page to be assaulted, albeit with violent words that are altogether less destructive, 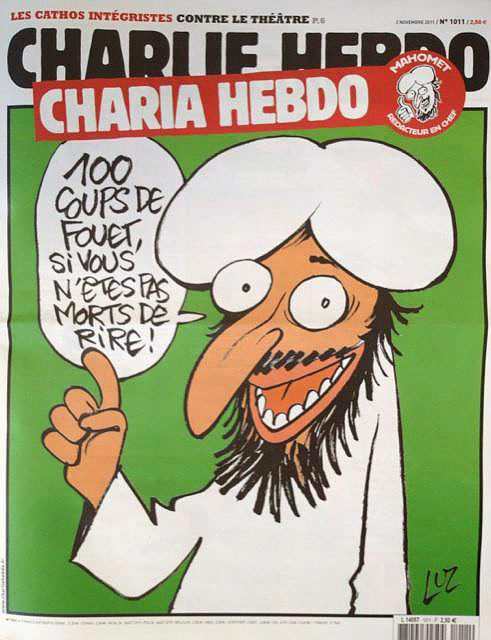 writes the AFP in Le Monde.

The comments relish the destruction of Charlie Hebdo's offices for its special Sharia Hebdo issue (100 lashes if you don’t die laughing), and call out for the Muslim faith.

"You have touched our prophet." "There is no God but God and Mohammed is

his messenger." "Muslims ask but one thing: a public apology." "Where's Charlie? hahahahahahahahaha" [a reference to Martin Handford's "Where's Waldo?" books, translated to "Où est Charlie?" in French]. "Go to Hell, Charlie Hebdo." "Shame on Charlie Hebdo, you have sold lots of issues but you will reap the consequences."

While cartoonists and a Le Monde editorial come to the magazine's defense, and while Joan Tilouine reports that Libération has offered to help next week's Charlie Hebdo appear on the newsstands, a Turkish group (one from central Anatolia which operates Cyberwarrior) is claiming responsibility for hacking into the weekly's website.