Brent Bozell and His Media Research Centre Mentioned in The Economist 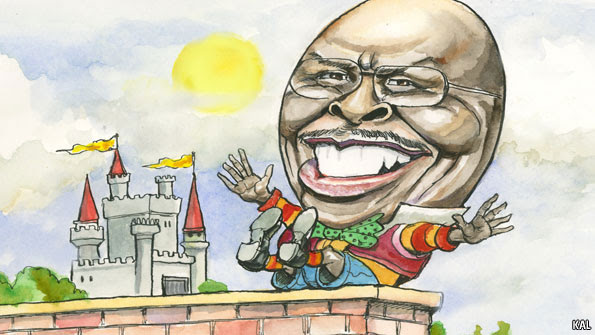 It seems that, thanks to the internet, it is becoming increasingly hard for the mainstream media to ignore conservative voices and outlets. The Media Research Centre isn't treated too tenderly (the MRC 'purports to unmask 'liberal bias'” with quotes) in The Economist (nor is Herman Cain), but at least it is indeed mentioned and Brent Bozell is quoted.

Mr Cain complained, and some of his friends agreed, that the story was not a case of the newspapers doing their job

but a racist “witch-hunt”. Brent Bozell, president of the Media Research Centre, which purports to unmask “liberal bias”, said that Mr Cain had predicted months ago that he might face a “high-tech lynching” like the accusations of sexual harassment that afflicted Clarence Thomas during his confirmation hearings for the Supreme Court. “In the eyes of the liberal media”, said Mr Bozell, “Herman Cain is just another uppity black American who has had the audacity to leave the liberal plantation. So they must destroy him, just as they tried destroying Clarence Thomas.”