The New York Times Does It Again: Segregationist's 1960s "Hate Speech" Has "a Startlingly Contemporary Aspect" 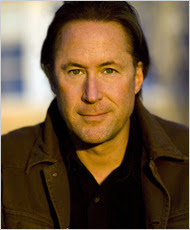 The New York Times does it again: comparing tea partiers to the most excessive populists around the planet. This time — and again, with an insouciant and gratuitous comparison throw — Janet Maslin compares tea partiers to a Southern populist in favor of segregation. The tea partiers comparison, t'is true, is not quite spelled out, but it's quite clear whom she has (or whom her editors have) in mind. In a book review of Hampton Sides' Hellhound on His Trail, she writes that Eric Starvo Galt (aka James Earl Ray), the assassin of Martin Luther King Jr, "worked as a volunteer for the presidential campaign of George Wallace", which is fair enough, but then she adds a description of Wallace,

whose incendiary speeches and claims that a “whole heap of folks in this country feel the same way I do” are enough to give the hate speech in “Hellhound on His Trail” a startlingly contemporary aspect.