We Are Red, We Are White, We Are Danish Dynamite!

Denmark's Anders Fogh Rasmussen becomes the next head of NATO, writes Berlingske Tidende (nearly all links in Danish). If finance minister Lars Løkke Rasmussen replaces the George W Bush ally (this [English-language] link seems to be proof that all (?) Bush administration photos seem to have disappeared from Obama's White House web site) as prime minister, as planned, he will be the third Rasmussen in a row (after Fogh and Poul Nyrup Rasmussen) to be prime minister of Denmark (Danish PMs have tended to be known by their middle names, recently — Nyrup, Fogh, Løkke)… In any case, you gotta love a guy who (for whatever reason) cancels a meeting with Barack Obama… 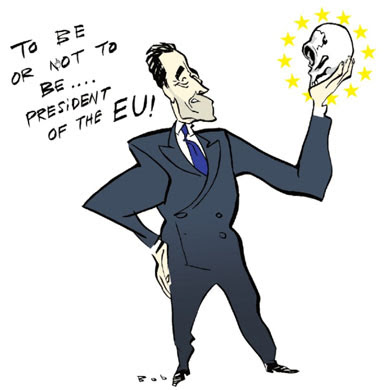