There has been "arrogance" and élites have "been dismissive, even derisive"? Sounds like a description of US history lessons taught by leftists…

"There have been times where America has shown arrogance and been dismissive, even derisive": The Apologizer-in-Chief's words actually sound like a description of the American history courses taught be leftists around the world today (both inside and outside the United States)…

During their meeting in Strasbourg, Nicolas Sarkozy refuses to send more men to Afghanistan — notice the difference in (what turns out to be) the rewritten title (Les sujets abordés par Nicolas Sarkozy et Barack Obama) and the initial one (shall we call the more descriptive title the "cruder" one, which more diplomatic editors toned down?), still visible in the article's URL (sarkozy-confirme-a-obama-son-refus-d-envoyer-des-troupes-supplementaires-en-afghanistan) — and there ain't much Barack Obama can do about it, now that the Apologizer-in-Chief been so busy raving on and on about America's arrogance and how his administration is a step in the direction of multilateralism and now that he has been so busy showing he is "eine Guttermensch" by reason of… his incessant smile.

(But, hey, what can he say; maybe Carla didn't appreciate the iPod or the 25 Zone 1 DVDs… In any event, the Daily Mail has a number of photos…)

Meanwhile, Investor's Business Daily tries to give the Apologizer- and Charmer-in-Chief a basic history lesson.

But is there another reason they're so smitten? Might they be imagining the decline of America and the rise of a Eurocentric multilateralism?

Barack Obama's words to the thousands of squealing young French and German fans at the Rhenus Sports Arena in Strasbourg certainly seem in harmony with such hopes. 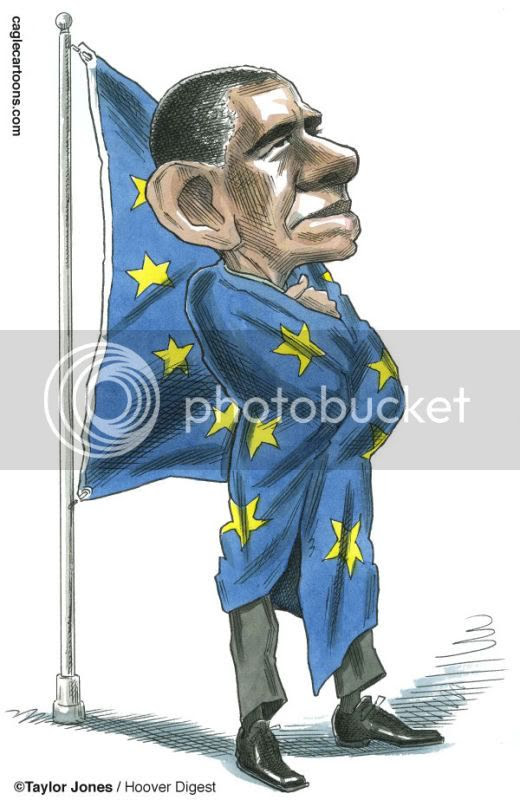 "In America," the president claimed, "there's a failure to appreciate
Europe's leading role in the world. Instead of celebrating your dynamic union and seeking to partner with you to meet common challenges, there have been times where America has shown arrogance and been dismissive, even derisive."

President Obama promised that "America is changing" and that there would now be "unprecedented coordination" in our policies.

He lamented that "we got sidetracked by Iraq"; he extolled the "social safety net that exists in almost all of Europe that doesn't exist in the United States."

And he described the G-20 summit he just attended in London last week as "a success of nations coming together, working out their differences, and moving boldly forward."

But is multilateralism really the great hope for the future that the president and his French and German devotees are convinced it is?

"We just emerged from an era marked by irresponsibility," the president claimed in reference to the global financial crisis. 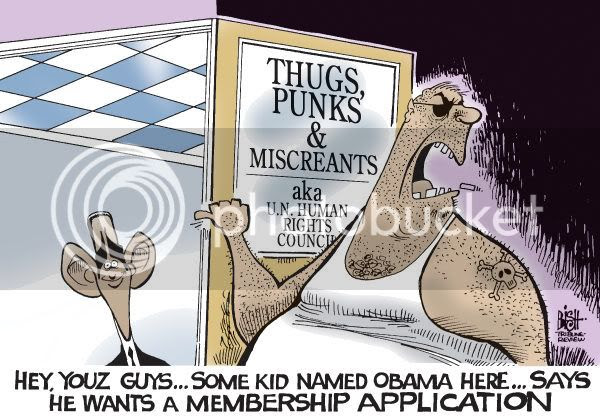 But when he flaunts his "excellent meeting with President Medvedev of Russia" to begin the reduction of U.S. and Russian nuclear stockpiles with the claim that working with Moscow will "give us greater moral authority to say to Iran, 'don't develop a nuclear weapon,' to say to North Korea, 'don't proliferate nuclear weapons,' " isn't he actually embarking on a new era of naive foreign policy irresponsibility?

The Russia and Communist China the president wants to "partner" with are directly responsible for giving Iran and North Korea the nuclear expertise and equipment that have empowered those two oppressive terror states to pursue the ability to incinerate a city.

And does the president really believe that Kim Jong-il or the Ayatollah Khomenei respond, as he put it, to "moral authority" the way civilized leaders do?

It's Europe that has things to learn from America, not vice versa.

Europe can learn that with an injection of U.S.-style market competition, French patients need not wait month-upon-month for heart bypass surgery. They can learn that Iran is a clear and present danger requiring force from a united free world, not talk.

While they're at it, they might also learn to express some gratitude for the $13 billion American taxpayers shelled out during the post-war years (over $100 billion in current dollars) to rebuild their countries — after the U.S. came to their rescue during the war itself, spilling the blood of hundreds of thousands to defeat Hitler.

The United States of America is the world's lone superpower — unless and until we choose to relinquish that responsibility.

The last thing our sometime friends and allies across the pond need is a U.S. president bemoaning America's role in the world and serving as an echo chamber to those in Europe who would like to see us weakened or irrelevant.