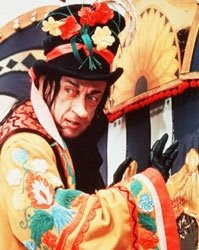 Our Europe of course:

EU lawmakers voted Wednesday for a new price cap that will cut the cost of sending text messages from abroad by nearly two-thirds.

Phone users will pay a maximum of 11 euro cents for sending text messages from another European Union nation starting July 1, down from the current average cost of 28 euro cents.

The European Parliament also approved new, lower caps for "roaming" calls that set a ceiling of 43 euro cent per minute for making a call and 19 euro cents for receiving one.

Mobile Internet users could also see cheaper fees as the Parliament fixed a one-euro limit per megabyte on how much operators could charge each other to use their networks.

"Today's vote marks the definite end of the roaming rip-off in Europe," said EU Telecoms Commissioner Viviane Reding, who had pushed hard for the lower charges.

"Just in time for the summer holidays, European citizens will now be able to see the single market without borders on their phone bills," she said.

Something tells me there will be some version of the following in the years ahead:

But of course, no need to worry about that today. Today everything is FREE!
Posted by Georges at 21:37