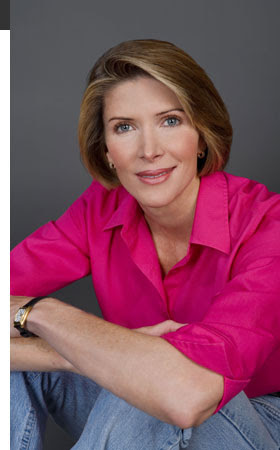 At first, I decided that Susan Roesgen's CNN report from a tea party was so atrocious, there was little to add to the various bloggers' posts (thanks to Larwyn)…

Still — if need be — I feel the need to spell out exactly what her message (or the underlying one, rather) — and the mainstream media's — was/is during her confrontation with a none-too-happy tea-bagger, the same way I try to expose anti-American "viewpoints" (foreign as well as domestic) in my group Americans Anonymous. And I do this if only to get our liberal friends to take a closer look at the MSM's attitude, the one that makes people like Rush Limbaugh and Ann Coulter — justifiably (!) — angry…

Take a look at her self-satisfied, faux-tolerant view trying hard to hide an offensive smirk (memories of AL Gore during the 2000 presidential debate) while she "interacts" with a protester…

What if somebody said to you, well, your elected officials voted for this stimulus package? (3:02)

TRANSLATION: When liberal policies are being implemented, opponents should get on board or shut up. They were voted for, and there is no second-guessing the elected officials' decisions (or lack thereof) — this being in total contradiction to, say, the decisions of rightist politicians whose majority election victories are attributed to, say, the voters' fear or lack of knowledge. Alternatively (with regard to opposition to liberal policies), in the next-best scenario, opponents must — they must — state that conservatives and/or Republicans are just as bad or worse:

"So it's everybody", Susan Roesgen says (at 3:08) — she confirms, really — with a tone of voice and a smirk as well as a gesture indicating, "ah, there we go, the truth is out, story over… See? I was right all along!

A few seconds earlier, Susan Roesgen had asked — prompted the tea protestor, really, with — a question that, offhand, had been obvious from the beginning. That is, until you look at the underlying message…

TRANSLATION: Why don't you admit that the real reason you are here has nothing to do with your convictions, real or otherwise (real convictions can only be associated with the progressive policies of the left, after all), but everything to do with the fact that you were summoned here (paid?! bribed?!) by capitalist groups in whose minds lurks little else but greed and treachery (which leads us to the next question, but another version of this one…)

TRANSLATION: Tell me the name of the group that forced/enticed/spellbound/bribed you (to come) here, so I can confirm that it is (that they are) — that it (they) can only be — a treacherous, racist, palm-rubbing, sneering right-wing group (or groups) full of money to bribe, if not you personally, Ma'am, then certainly the vast majority of the people who are present at your side (and aren't you naïve not to know that!). Because individuals against a liberal policy can only be acting due to misinformation and trickery and deviltry. This leads us to yet another version of the same question, or rather, of what really is a statement (disguised as a question)…

TRANSLATION: C'm'on, now: out with it! Why don't you admit that you didn't really find out about the meeting — you were summoned (paid, bribed) to come here by your right-wing masters. Because — when you think about it — there was no way of knowing (!) of the (non-)event otherwise. After all, do not forget: we perceptive (and entirely independent and even saintly) members of the mainstream media (knowing (!) a story like this to be unnewsworthy) decided — as best as possible — to ignore the happenings — meaning you can only have learned of the event by those in the pay of the greedy capitalist pigs…

TRANSLATION: Any criticism of the mainstream media (and its entirely perceptive, independent, and saintly members) is based on unfair and unjust psychological partisanship. And what I was doing during my report beforehand (you ask)? Oh (chuckle) that — caricaturing events leaning towards conservative viewpoints — that was nothing more than the altogether objective reporting of the news events by entirely objective and entirely innocently sincere reporters like myself, see…

And (needless to say), Susan Roesgen learns little to nothing from the interction, coming back at the end saying, effectively "so, you know, you guys [you clueless guys], in the final analysis, you were/are silly to put the mainstream media's reportage (this and all the others) into doubt", while the video ends with something close to an "Oh, God" type of eye roll…
Posted by Erik at 00:01