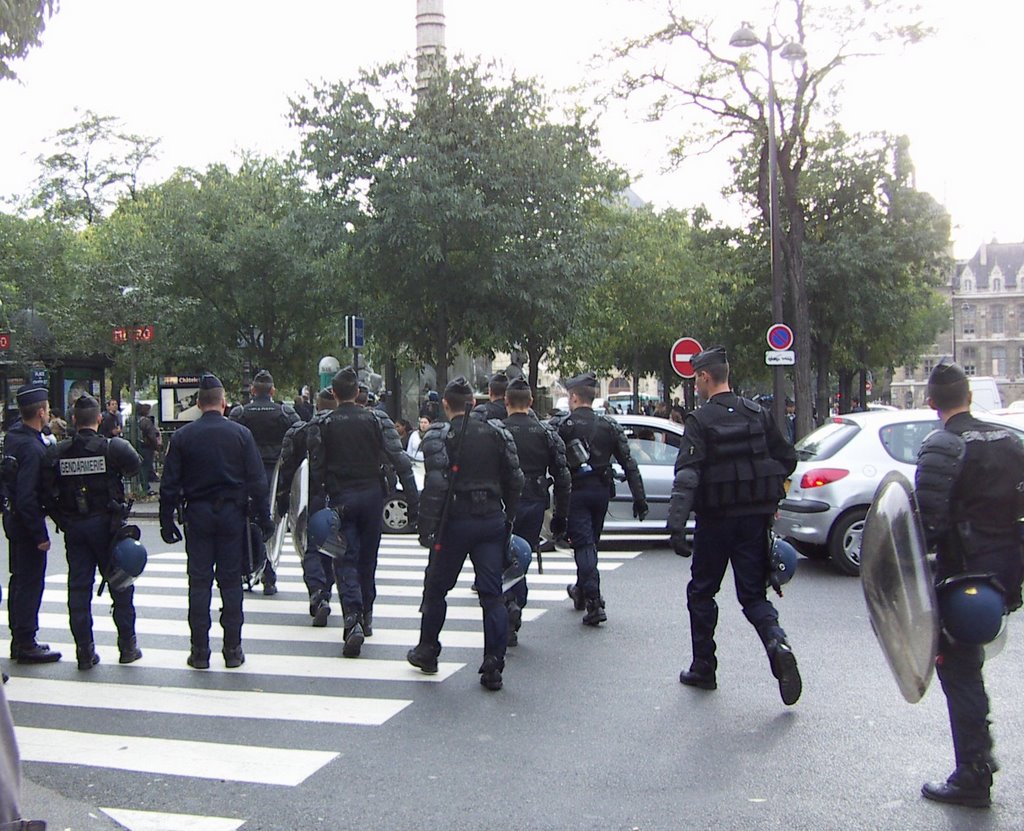 An anti-Communist group wanted to hold a public display to remind people of the horrors of Communism on the 50th anniversary of the crushing of dissent in Hungary, and, quite naturally for France not only is it suppressed by the CRS riot cops, but a crowd of goofy anarchists are permitted (nay, induced) to “counter” it with more of the usual pro-Palestinian rubbish, as if they need any more support than they’ve already gotten.

If that isn’t a fish trying to ride a bicycle, I don’t know what is. To make some sense of it, remember that anything involving the fevered imagination of the incongruous Marxist-Pro-jihadist alliance is the gaping hole of suck which hosts both of those suicidal world views called Bobigny.

From Le Point, a typical day of court testimony that lets one know just how comfortable the two factions are to each other:

On the docket since Monday are three young people have appeared before the court for the rapes of a young woman and a homosexual man with acts of cruelty and tortures. They risk perpetuity.

“What was the name of your previous victim?” asks the chief judge Odile Mondineu-Hederer, who become famous for conducting deliberations in the appeal cases of Outreau. “I don’t remember any more, I got over it”, said Hasid, 24 years, already sentenced to eleven years for the rape of someone who he forgot the first name of. Then he remembered: “It was Céline, she was a minor. ”

Fifteen days later, Hasid said that in a hotel of Saint-Ouen. With its two accomplices, Aymeric, 24 years old, and Mourad, 28 years old, they attacked a young homosexual pedestrian. Seven hours of beating and repeated rapes. The victim also had his genitals and buttocks sprayed with something toxic, and was sodomized with the bottle. To finish, its attackers tagged his back with the names of their ghettos, « Franc-Moisin », « Clos Saint-Lazare », before penetrating his anus one last time. No explanation was given. The only things these two unlikely tribes (thugs who admire Jihad and Lifestyle-groups admired by the radical left) have in common are a set of causes akin to a death-wish. I guess that’s enough.
Posted by Joe at 01:00