If it bleeds (the US' image) it leads 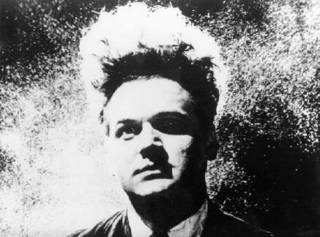 If it casts the US in a bad light, Le Monde will run it without questioning the detail, context, or meaning. The “independent” newspaper pimps the case of one Josh Wolf:

REPORTERS WITHOUT BORDERS “DISMAYED”
In an official statement, the organization Reporters Without Borders (RSF) says it’s “dismayed” in a press release on Wednesday: “To send to prison this journalist because he protected his source is at the same time a serious violation of the freedom of the press”. “Journalists are neither of the auxiliaries of the justice system nor of the police force”.

What they are referring to are the shield laws to protect journalists and their sources. What the court seeks is video edited out of this vlogger’s coverage of an Anarchist rally where property was damaged by some punk, not a human source. Wolf is protecting a criminal, not a source, story, or an act of political expression. After all, if I called murder ‘performance art’ could I get away with it as such?

For the sake of Le Monde’s readers, this is where it might have some interest to them:

Last year, Judith Miller spent 85 days in prison because she refused to reveal her source in the matter of Valerie Plame, a CIA agent whose identity was revealed by unspecified persons in charge at the White House.

This said blithely unaware that there is only one person in charge in the White House, to which the usual pack of zombies will say "yeah, KKKarl Rove" prior to laughing like aging fried potheads, drooling, and being rewarded with a liver snack.